First it was Snoop Dogg with Maison Ferrand and then Nas with Hennessy, and now the American rapper Jeezy has signed a partnership with a master cognac distiller: He is now an ambassador for the family business, Naud, which has been operating for five generations in the small town of Pons, in the southwestern Charente-Maritime department of France.

Pierre Naud, the sales manager of the family company, explains that “Jeezy contacted our distributor, M.S. Walker, who introduced him to our brand. He then tested our products – both pure and in cocktails – and then tested them with his close circle. He appreciated their quality, style and story.” Naud elaborated, “Jeezy is 44 years old and has been involved in music and business for a long time. He already knows the spirits industry from his work with Pernod Ricard’s Avión tequila.”

Mitchell Green, who is the national brand manager at M.S. Walker, recalls that Jeezy sees similarities between music and cognac (nicknamed “yak” in the industry). He said, “Both were created and perfected by talented artists and craftsmen, and are often enjoyed in the same settings. Jeezy also notes that in the United States, Charentais brandy is “considered  a lifestyle rather than a simple consumer product.”

Pierre Naud admits he was surprised, however, because “No one imagined a collaboration with a celebrity so soon–our spirits have only been available in the United States for three years. But we liked Jeezy’s philosophy, personality and vision.” The company’s digital communication has been adapted to the American market, he said, “with a new website focused on nightlife, while the French version highlights a more bucolic artisan image.”

Cognac is a smooth and expensive liquor made from twice distilled (in copper pots) white wine which is then aged in oak barrels for a minimum of two years. A luxury product, also called eau-de-vie, Cognac began to gain traction in the rap community at the end of the 20th century. Then, the beginning of the 21st century, references to cognac in rap lyrics and clips multiplied. In 2001, the release of the hit “Pass the Courvoisier” by Busta Rhymes and P. Diddy caused a 30% jump in sales of the brand. But the popularity of cognac in the African-American community has an older story: according to Hennessy’s archives, the first bottles of the their brand were exported across the Atlantic as early as 1794. After the Second World War, Black American soldiers who had fought in the war and first discovered cognac in France continued to consume it on their return home. In the 1950s, Hennessy launched an advertising campaign in the magazines Ebony and Jet that was aimed at a Black readership. To this day, Hennessy remains the most popular brand of cognac in the United States, followed by Rémy Martin, Martell and Courvoisier. 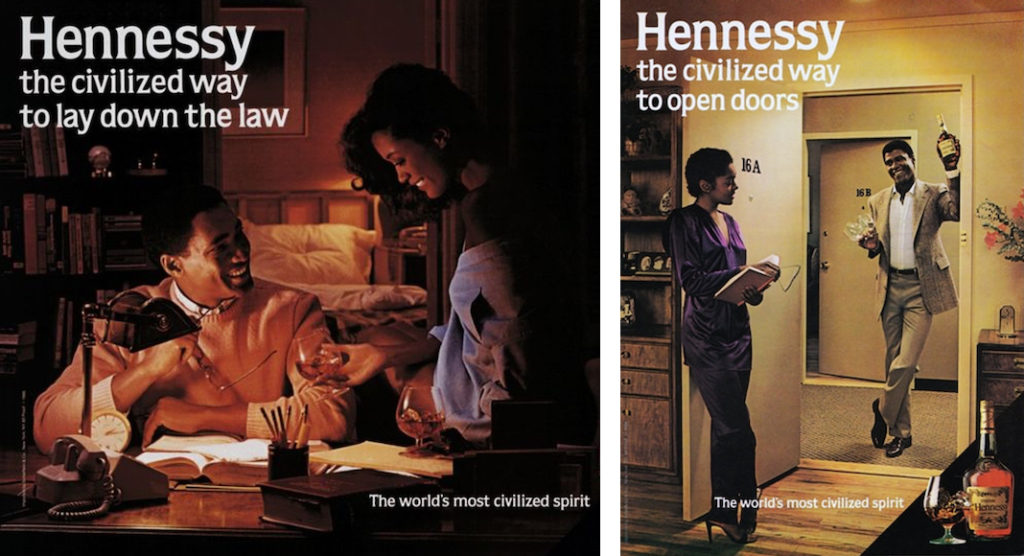 With more than 270 trading houses, 4,200 winegrowers and 120 professional distillers, the cognac industry is doing well. Produced only in France, the spirit is especially appreciated abroad: according to the figures of the Bureau National Interprofessionnel du Cognac (BNIC), almost 98% of the production is exported. The United States has been “leading the market for cognac for the last thirty years” and has recorded “an increase of 24.6% over the last twelve months […] with 118.4 million bottles shipped.” This success is attributed to the cosmopolitan character of the drink, which “adapts to local culture” and whose “aromatic richness leaves many possibilities to appreciate it” by itself or in cocktails.

The cognac market is currently valued at over three billion euros and is expected to grow at an average annual rate of 3.5%, partly due to its exclusive production. Endorsements like Jeezy’s add an extra layer of cool. This is not your grandpère’s drink anymore.

A version of this piece was originally published by French Morning, our sister newsroom, in French.