When you’re an American going to université in France, it’s natural to view the French college experience through the lens of its cultural bizarreries. Some things will be great and some… not so much. Here are the most striking parts of attending French university, arranged on a spectrum of worst to best—and occupying many notches in between:

THE WORST: FRENCH COLLEGE MAY NOT TREAT YOU VERY HUMANELY

The administration is not your friend—doors get slammed in people’s faces! I recall one girl, at the end of the day, trying to get a document stamped. The administrative stamper decided at that precise moment that they were closed. “C’est fermé,” he spat, and slammed the door in her face. Remarkably, the girl just muttered “ooh-la,” and meandered away without killing him. I was impressed at her restraint, but that may just be the pugilistic American in me.

THE BAD: BATHROOMS MAY NOT BE UP TO CODE

There are restrooms, which is a promising start. However, sometimes their stalls do not have doors, or there’s no seat on the toilet. It is, shall we say, no-frills living. You would think some nice American college with a fat endowment might lend them a few euros to get the doors fixed, or at least, for starters, purchase toilet paper. 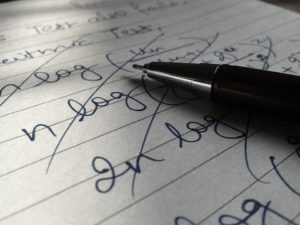 Students spend class taking painstakingly elaborate notes (even correcting with white-out as they go), and then… and then they would rip them up right after class. Because, you see, you don’t actually have to take notes in class. You just do, because, well, because it’s what one does. I’ve scratched my head over this for years, finally chalking it up to some sort of bizarre respect-yet-disrespect for authority. Very French, if you ask me.

Academically, the courses you take will be intellectually stimulating. I recall a wonderful professor who gave a first-rate baroque theatre class covering all kinds of different depictions of Orpheus, ranging from opera to puppetry. Personally, I did my presentation on the puppet version. (Watch the video! It’s fun!)

Great things happen that have nothing to do whatsoever with academics. By pure chance, I got to be in a play while I was there. It was Huis clos (No Exit) by Sartre, and it remains one of my best memories. It wasn’t part of school; it was just because a director happened to be in one of my classes and asked me to participate. It was nonacademic, pure performance—and best of all for me, it was in my second language. You perform differently and learn your lines differently when performing in your non-native tongue. It was the most immersive language experience possible.

THE BAD YET EXCELLENT: YOUR JABBERWOCKIAN EXISTENCE

At French college, no one at the school actually knows you attend the school. Heck, to this day, I am not sure I did. (I mean, I got my diploma, so we have proof.) There is a disorganization endemic to French institutions, especially schools, that leaves you as a student supremely discombobulated. My own université lost my files upwards of 5 times, and would try to solve the problem by telling me I was not a student there. They did not believe I existed and neither, after awhile, did I. That sort of thinking can be contagious.

And yet, being left so alone, so much to your own devices, you are able to have wonderful intellectual experiences by yourself. I spent afternoons out in Paris with my with assigned books; I passed hours in parks reading La Religieuse and Le Rouge et le noir. Your time is far better spent this way than on the certain weirdnesses of American academia—for example, being asked to parrot garbage for a participation grade, or do comments-board postings on other people’s comments-board postings. Instead, the laissez-faire universe of French academia leaves you free to spend time with your books, focusing on depth not breadth. And the depth of one moment spent with a good book in the Jardin des Tuileries is worth the breadth of ten thousand lesser moments.

So I’m glad I attended. And—if anyone from the university is reading this—I swear that I truly did attend. 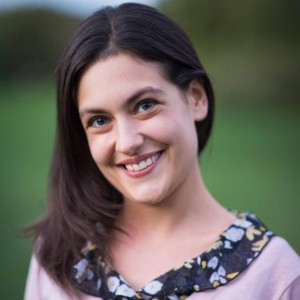