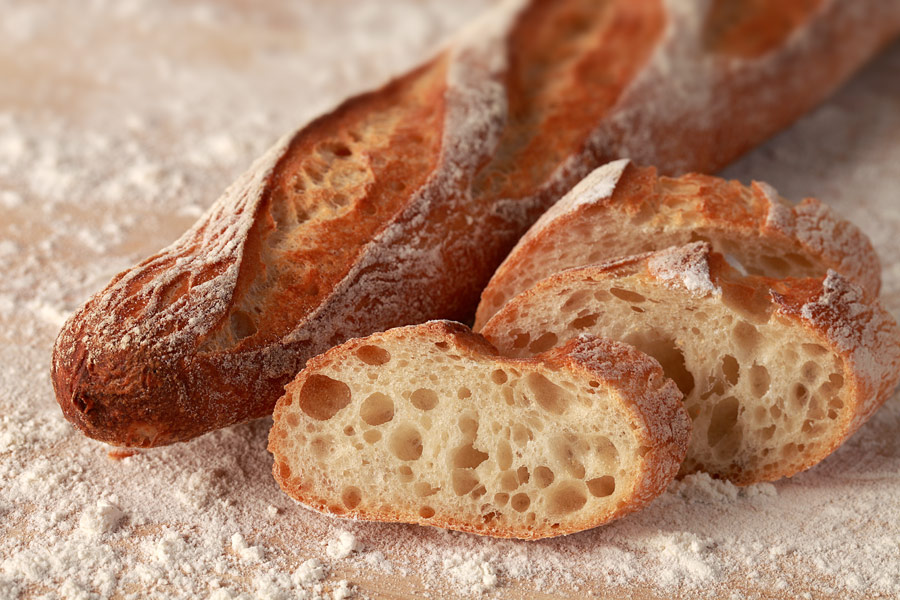 Croustillant outside. Airy inside. Satisfyingly noisy to the bite.

San Francisco has a reputation for excellence when it comes to the must humble of French delicacies. “When we French move to a new city, the first thing we look for is good bread,” says local Frenchwoman Nathalie Bouillon from Angoulême. “The day I found La Boulange I knew I was going to stay in San Francisco. They even had bowls like my grandmère’s.”

La Boulange owner Pascal Rigo caused a nationwide stir when he sold all 19 Boulange outposts to Starbucks for $100 million. Only a few years later, however, he bought back six locations and opened La Boulangerie de San Francisco with slightly new recipes. Plus ça change.

No review of San Francisco French bakeries would be complete without a nod to Boudin. At their brand-new Bread Circus on 350 Jefferson at Fisherman’s Wharf, visitors pay homage to their trademark sour bread bowls filled with lobster bisque or clam chowder, before joining the mini-museum tour. Legend has it that during the earthquake of 1906, Madame Boudin salvaged her mother yeast before fleeing the city’s fires for Oakland. Boudin’s is still making bread with this same yeast and yes, it’s also for sale.

New and noteworthy on the scene is Crepe & Brioche, whose skinnier, crisper baguette is available at the Serramonte Café, and farmers markets all over the Bay Area. Mildly tangy, with optimal crunch and crust, these beauties are authentically short-lived.

The true test of an authentic baguette is a short shelf-life. After just a few short hours, the lightest, crispiest of loaves should stale into truncheons you can spray silver and wield like light sabers.

When that happens, here are some recipes to waste not want not with.