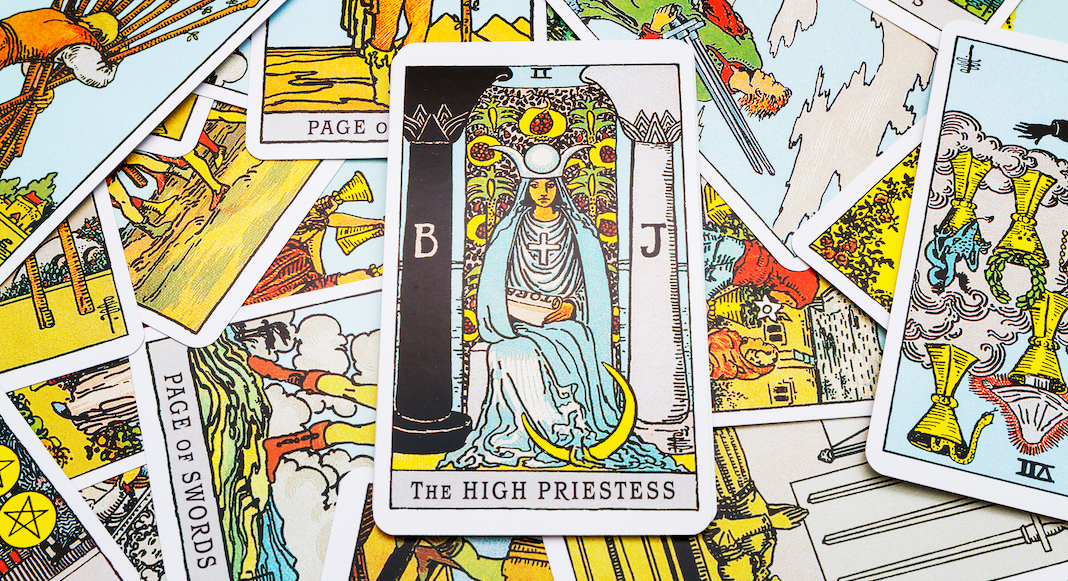 As Feminist Icons and Healers, Witches Return to France

At 8 rue Bréa, in the 6th arrondissement of Paris, time seems to have stopped. Pendulums, esoteric books, tarot cards, magic stones… Since its opening fifteen years ago, La Librairie du bonheur, long praised by the witches of the Paris, offers more or less the same occult and divinatory objects it always has. Anyone looking for a book on witches may be disappointed, there’s nothing like that in this curious bazaar (if you are a real witch, what is the need to meditate on your own condition?). “In any case, fewer and fewer of them are coming in,” laments the owner. “Today, witches do their shopping on the internet.”

Not counting the blogs and e-commerce sites dedicated to them, it’s mainly on Instagram that Witches 2.0 are found. This is reflected in the  keywords #witchesofinstagram, which garners more than 3 million posts, #witch or #witchy, which have 9.3 million and 2 million hits, respectively. A new kind of worship has been born on social media, where magical recipes, purification rituals and mystical videos are shared.

“Be afraid, witches are back!” says journalist and essayist Mona Chollet, author of the best-selling book “Sorcières, la puissance invaincue des femmes,” or “Witches, the undefeatable power of women” (La Découverte), which has sold more than 100,000 copies. Marlène Schiappa, Minister of Gender Equality, herself confided to Elle that she’s attracted to witchcraft. Though, make no mistake about it, the witches of 2019 have nothing to do with the old witch doctors with warts and hooked noses who rode broomsticks, or with the 40,000 victims — 80% of whom were women — burned at the stake during Europe’s witch hunts of the 15th and 16th centuries. The magic makers of 2020 are rather young and have long since replaced the cauldron with political demands. It happened in waves, simultaneously with the fights led by feminist movements, in the United States and then in Europe.

Sexy. In the era of hippies, the Witches International Craft Association organized its first world congress of witchcraft in Central Park, while in France the writer Xavière Gauthier launched the magazine Sorcières in 1975. In the 1990s, the second witchcraft wave, the witch became sexy. In particular, TV series contributed to changing the image by depicting independent women who wielded a certain amount of power over men as witches. Should we now be talking about a third wave created by the prevalence of witches on social networks? This is Chollet’s theory: “Those who practice witchcraft [today] grew up with ‘Harry Potter,’ but also with the series ‘Charmed’ — whose heroines are three witch sisters — and ‘Buffy the Vampire Slayer’ — in which Willow, at first a shy high school student, becomes a powerful witch — which may have played a part. Paradoxically, magic appears as a pragmatic recourse, a vital jolt, a way of anchoring oneself in the world and in one’s life at a time when everything seems to unite to make you feel unsteady and weaken you.” Like the #MeToo and #BalanceTonPorc movements, witchcraft would therefore be a way for women to free themselves while finding inner peace, presenting a real escape in a troubled world.

“Magic of chaos.” Trend hunters on either side of the Atlantic are in any case making them their target. In 2015, the New York office K-Hole decreed that conformity was no longer in vogue and would soon be replaced by the “magic of chaos.” The same is true in France of Nelly Rodi, where Vincent Grégoire sees in current fashion the expression of a femininity that disturbs morals and censors: “By putting everything in the light, we need a new dark one. Against data, technological advances, coldness, we’re seeing an attraction toi the baroque, the mutant, the fantastic, the hybrid, astrology. We need magic.”

On the decoration side, we’re seeing the return of amulets, dream catchers and other witchy favorites. At the Gucci cruise collection 2020 runway show in spring 2019, Alessandro Michele did not hesitate to showcase embroidered uteruses on the dresses as a reflection of “freedom, equality, self-expression.” According to Vincent Grégoire, society is passionate about what transcends it, attracts it and frightens it at the same time — like witches.

Embroidered uteruses. But we must put some order into this catch-all that has become the generic term “witch”: on the one hand it’s a feminist claim and tool for personal development, on the other hand there’s the gift itself. It’s the latter that interests Dominique Camus, ethnologist and author of “Enquête sur les sorciers et jeteurs de lots en France aujourd’hui” (Editions Bussière). He distinguishes two types of “gifts”: that of detection — the ability of diviners, dowsers, clairvoyants — and that of intervention, the faculty of healers, those who summon energies and set bones, who work exclusively on animate beings, and also of sorcerers, at the top of the pyramid of magical powers, who operates both on the animate and the inanimate and whose action is in principle reversible.

Healers are particularly popular today. One in three French people, according to Camus, admit to having already used this type of popular medicine. For Magali Jenny, also an ethnologist, a doctor of religious science at the University of Fribourg and author of the “Guide des guérisseurs de Suisse romande,” or “Guide for healers in French-speaking Switzerland” (Favre), healers are in the process of replacing family doctors. Practitioners and also hospital services recommend, in some cases, the use of these alternative medicines. This is often the case for oncology services, in order to reduce the side effects of chemotherapy during cancer treatments. “The use of healers corresponds to a desire to get out of virtual relationships influenced by social networks and this disconnected medicine of tests and numbers, saturated with chemistry. Those hoping for treatment seek to be reached in every sense of the word; they need to be listened to and advised.” Practiced for centuries “under cloak,” these popular medicines are now well established (especially in France) and more and more people seeking consultation are looking to healers.

Business. For charlatans, it’s easy to improvise a “witch” lifestyle: dozens of personal development books on the subject are published every year and there are countless subscription offers — Witch Casket, Box of Shadows, Goddess Provisions — which offer packages of crystals, tarot cards, pendulums and magic herbs to create the ideal witch’s kit. Not to mention the success of French magazines such as Horoscope, which has a circulation of 50,000 and whose readers — 90% women — are between 25 and 65 years old. You can learn a set of rituals designed to make our spell book, protect your house, connect with the moon, draw from the earth’s energy and, why not, thank the sacred by taking a “cosmic bath.” History assures that witchcraft is never short of new ideas.