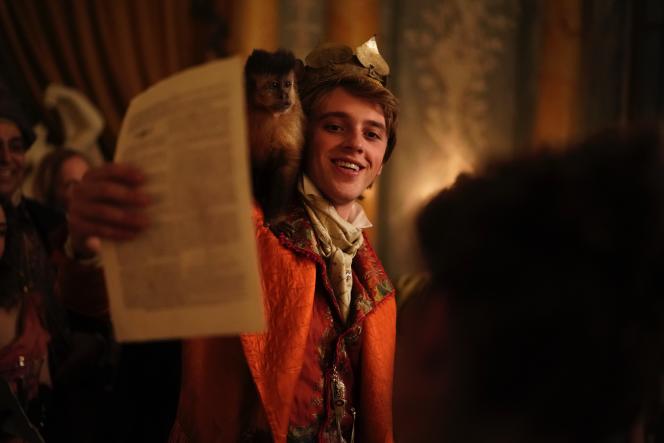 Annette and Lost Illusions Win Big at the 2022 César Awards

The 47th César Awards ceremony took place on Friday night, February 25. The French version of the Oscars honored the top French films of 2021. The ceremony was hosted by popular actor and TV presenter, Antoine de Caunes, for the 10th time.

Leos Carax’s wacky musical, Annette, starring Adam Driver and Marion Cotillard as a couple whose life goes haywire with the birth of their daughter (who is played by a puppet) was the night’s other big winner. The film, which opened Cannes last year, was nominated for 11 awards and won 5, including Best Director for Carax, Best Visual Effects, Best Editing, and Best Sound Editing. Brothers Ron and Russell Mael of the 80s rock band, Sparks, won the award for Best Original Score and performed a song from the soundtrack at the ceremony. Driver was nominated for Best Actor, but lost to Benoît Magimel, who took the award for his role in Peaceful, directed by Emmanuelle Bercot.

Valerie Lemercier won Best Actress for Aline, a musical based loosely on the life of Celine Dion. Anamaria Vartolomei nabbed the award for Best Female Newcomer for Audrey Diwan’s Venice Golden Lion-winning Happening, about a college student who becomes pregnant in 1960s France, before abortion was legal. Julia Ducournau’s Titane, which won the Palme d’Or at Cannes and was France’s official Oscar submission this year, was nominated for four Césars, but went home empty-handed.

Other highlights included Cate Blanchett receiving a lifetime achievement award, presented by legendary actress Isabelle Huppert, and Lupin star Omar Sy performing a dance routine to celebrate the 10th anniversary of his starring role in Eric Toledano and Olivier Nakache’s film Les Intouchables. Canadian actor and director Xavier Dolan paid tribute to Gaspard Ulliel, star of his film, It’s Only the End of the World, who died earlier this year at age 37, after a skiing accident.

The Summit of Gods, Patrick Imbert

Andrea Meyer regularly reviews films and TV for Frenchly and is the author of the book, Room for Love.