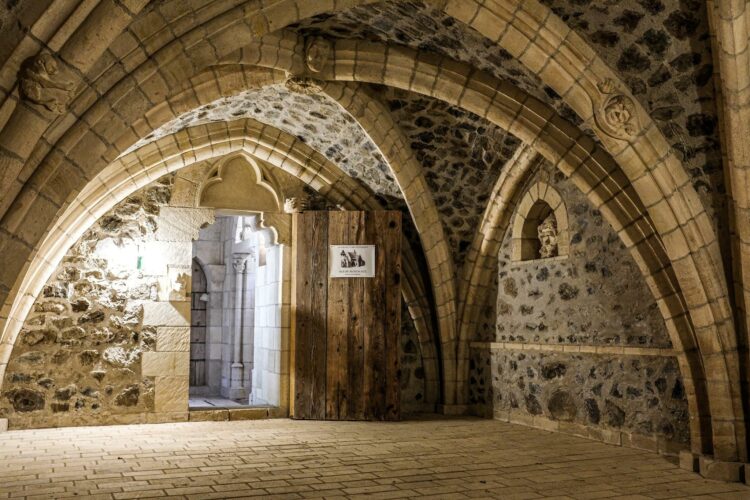 An American Archeologist Builds an Authentic Gothic Edifice in Burgundy

A ninety-four-year-old archeologist from Paris, Donald Russell, has taken the challenge to build a ‍13th-century style castle, stone by stone, in Burgundy, France. Russell was first fascinated by Gothic architecture in 1985. But it was after his retirement that he began working on his dream “edifice,” as he prefers to call it, by learning to carve stone by hand. His son, Sam Russell, who is sixty-eight, joined him as the director of the project. The latter has also helped create membership and apprenticeship programs that have turned the “Opus Gothique” into a cultural art center.

Russell, Sr. first came to France in 1965 from the United States to pursue a doctorate program. But he admits that he actually came to stay for good rather than just to pursue an academic career. After his studies in Paris, Donald was involved in some fascinating work at the Muséum ‍National ‍d’Histoire ‍Naturelle, researching ‍the ‍paleontology ‍of ‍primitive ‍mammals for 35 years. Simultaneously, in 1985, he began taking courses about gothic architecture at the Sorbonne and continued for the next 15 years. That is when he began thinking about what would become the project of his life. The Gothic style originates from the Île ‍de ‍France region, the central France region where Paris and neighboring cities are located,  propelling him to learn even more about it firsthand. 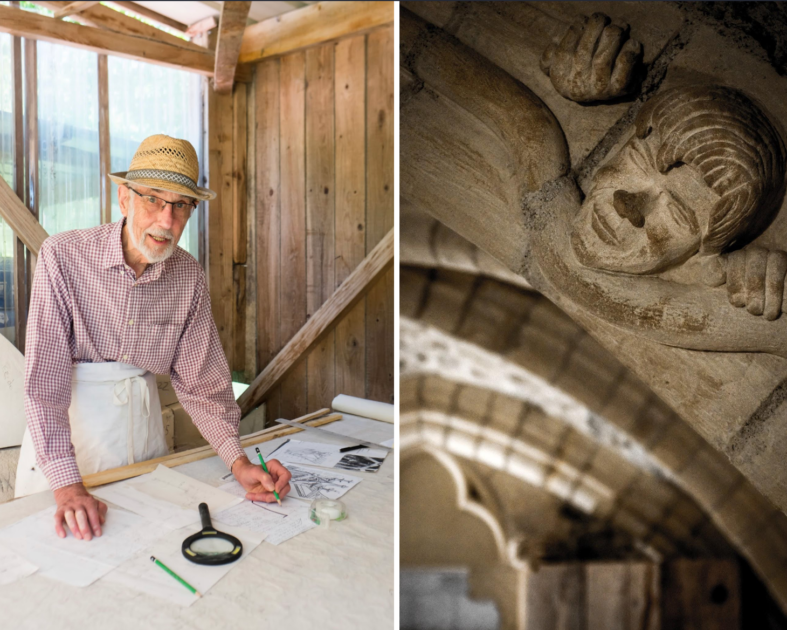 In 1992, Donald retired and embarked on the beginning sketches for Opus Gothique in a makeshift shelter ‍in ‍the ‍backyard ‍of ‍his ‍suburban ‍home. “The ‍Gothic ‍of ‍this ‍period, ‍in ‍my ‍opinion, ‍constitutes ‍an ‍architecture ‍of ‍unrivaled ‍beauty,” he writes on his website. He made plans and drawings for the edifice, which would not be considered a church or a castle for its size and function. He also began learning how to carve limestone, from small curves to elaborate figurines. By 2007, he had finished about 80% ‍of ‍the ‍stones ‍necessary ‍for ‍the ‍windows ‍and ‍doors. It was then that he knew that it was now or never and began searching for a property.

He found a large enough property near the Morvan ‍Natural ‍Park ‍of ‍Burgundy, not far from his son’s home, overlooking the valley’s rolling hills in the French countryside. It was perfect for the Opus Gothique. While the permits weren’t an easy task, within two years, the foundation was built, and in 2012, the wooden wall supports of the basement floor were removed. Today the edifice is still a work in progress, impressing many architects and media, including the BBC, which made a mini-documentary reportage about the father-son duo.

Opus Gothique is a time-travel of a project featuring secret tunnels, vaulted Gothic arches, granite walls, spiral stone staircases, and, naturally, a tower. And anyone can join in on the fun of this project. For instance, if Gothic architecture is your thing, you can volunteer and go help with the masonry and carving, moving stones, cleaning, and upgrading the construction site. Volunteers also engage in community activities and explore the beautiful nearby natural park, lake-swimming, barbecues, music, films. Nearby are also many interesting historical and tourist sites like Vézelay, Bibracte, Autun, Château de Bazoches, and many more. Or, if you don’t want to lug stones, Opus Gothique offers a membership starting at €20, which includes a private newsletter, complimentary in-person tours, and invitations to onsite events. 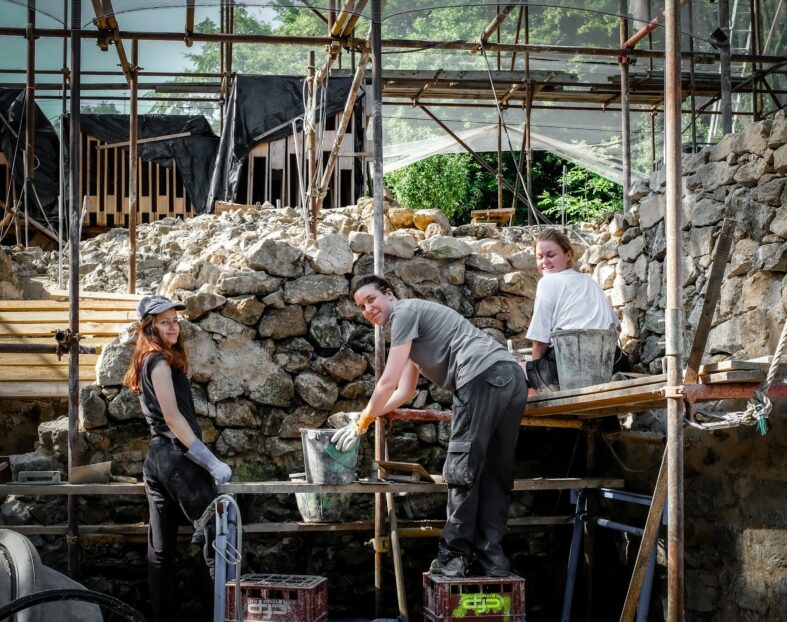 According to the Instagram page, the latest news from the edifice is that Donald is gearing up for more carving as spring rolls in. The Opus Gothique’s website, Instagram, and Facebook keep their audience updated for more edifice updates and membership info.