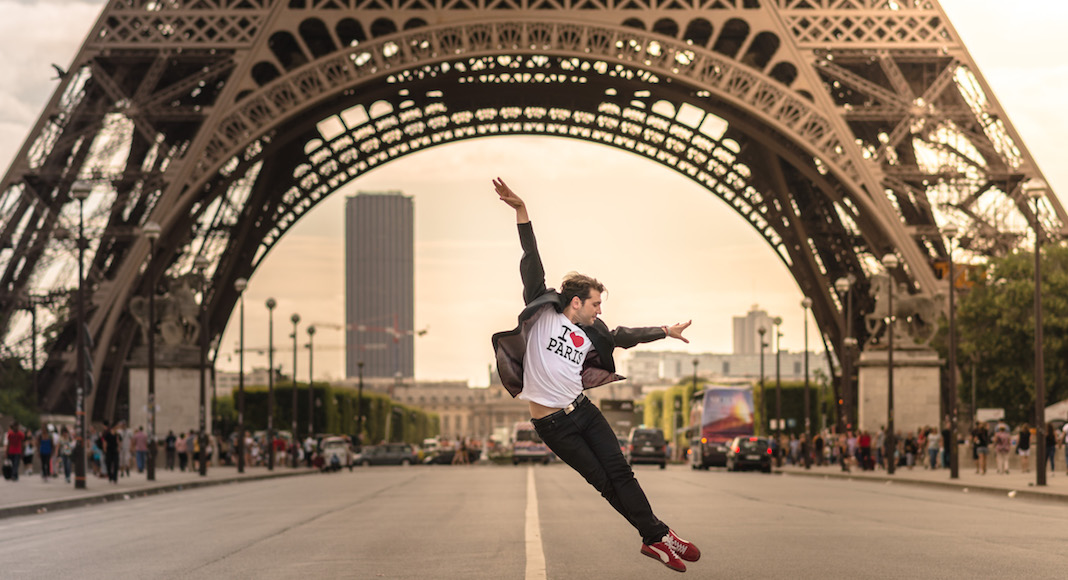 The Successes and Struggles of American Artists in Paris Today

“What is it like being an American artist in Paris?”

“It’s pretty good!” explains Elizabeth Wautlet, who works as an actress in Paris and makes a living on diverse projects in theatre, film, and voice. Jeffrey Greene, a writer, never imagined he would make Paris his home. Greene remembers, “It was crazy accidents of the heart, falling in love with another American with her life here. But I also slowly fell in love with Paris and France itself.” Chris Mack, a playwright, director, and actor, said being an artist in Paris is both, “difficult and great.” According to Mack, when you are an American in Paris you are to a degree “exotic” because there are far fewer American actors, directors and playwrights then there are in say, New York.

For Wautlet, she has kept to the niche of being an “American” or “native English speaking” actress. Those labels can be helpful in courting casting directors, agents, and productions companies, since they’re often looking for someone with a mastery of English. Wautlet expounds, “Our community of artists is very tight-knit. We support each other a lot, and I’m incredibly thankful for that.” Adding to that sentiment, Mack explains, “Instead of being one in a few million in a city like New York, you are one in a few hundred in Paris. Because of that, when opportunities arise, you are likely to hear about them or be contacted.”

Michael Pereira, a dancer and singer originally from New York, moved to Paris from the world of musical theatre. According to Pereira, musical theatre is inherently American. “Unlike in the States where individuals train to be triple threats, [actor-singer-dancer], in France, the artist chooses one.” Pereira’s expertise in a specialty unique to America has allowed him to create a popular musical theatre class in Paris that’s been flourishing.

Besides obtaining the mandatory carte de resident, which gives you the legal right to be employed in France, one of the biggest struggles an American artist might face living in Paris is speaking and writing le français. All of these artists agreed that while there is a small but thriving Anglophone community that exists for artist of all types if you don’t speak or write French, your ability to work in your desired field will be limited.

That said, you can always learn. Pereira moved to France only knowing, bonjour, croissant, and croque-monsieur. He has thrown himself into the language and culture, and his dance students and friends have helped him learn the language. Pereira shares, “You see, when failure isn’t an option, you have to change accordingly.

Actress Wautlet can speak French, but she has a slight accent. According to Wautlet, speaking French with an accent can also limit your abilities to work. “Fear not, though!” Wautlet points out. “Even if you do have an accent, you can work with a coach on a particular text or role.”

Speaking and writing in French will definitely help you as an artist in France, but many Americans who don’t speak or learn the language have ventured to Paris and made it work. Writer Greene points out how the internet has allowed people to work no matter where they live. Additionally, while most of Greene’s works are French-themed, and living in France has inspired his writing, he manages to keep his US contacts, and the majority of his books have been published in English for English speaking audiences. By a stroke of good luck, Greene was also asked to teach at The American University Of Paris.

As an artist living in France, one incredible benefit you can get is the ‘Intermittent du spectacle’ status. The status is difficult to acquire; however, once you do, the government provides a monthly stipend based on your work history as an artist. On the days you aren’t performing but are instead creating, writing, choreographing, or merely looking for gigs on the internet, unlike in the USA where you don’t get paid for that time, you do get some compensation in France. “You feel respected as an artist,” Wautlet explains. “I also feel like respect for artists — and not only celebrities — is very much embedded in French culture, and I end up benefiting from that. It’s nice.”

So, is it arguably easier being an American artist in Paris? According to Wautlet, “It’s never easy, but nothing interesting ever is, right.”