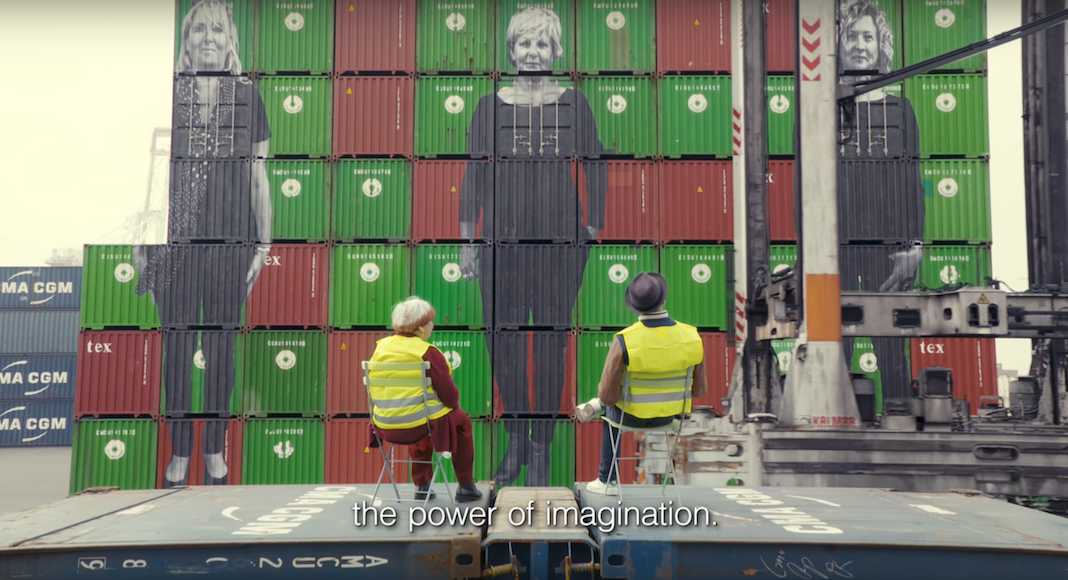 Agnès Varda and JR, an Unlikely Duo Behind the Camera

They’re over 50 years apart in age. She has white and red hair. He wears a hat and dark glasses.

Agnès Varda and JR are at first an unlikely pairing, but after a few minutes with them, anyone can see that the two are very compatible. The director and photographer are in the United States to present their documentary Faces Places, which was a sensation at the last Cannes Film Festival. The film take us on a truck ride through France, from a village in the Alps with its chemical factory to a blue-collar neighborhood, passing by the Sainte-Marguerite-sur-Mer beach in Normandy. At each stop, JR photographs characters, anonymous people they crossed on their way, using a photo booth in the truck. The photo prints in XXL size, and JR pastes it up on the sides of houses, on stone walls, trucks, and freight cars. Varda interviews subjects and provides color commentary.

“Our film talks about workers, farmers, a postman, a bellringer. Villages doomed to demolition, or trades that will disappear. We were witnesses,” explains Varda. “It’s not curiosity, but empathy.” The filmmaker emotionally recalls each of the people crossed on their way and refers several times to Janine, an inhabitant of a Bruay-la-Buissière blue-collar neighborhood in the Pas-de-Calais region, threatened with eviction. “Thanks to the film, she was able to find a place to stay. We’ll have at least served that purpose!” says Varda, a gleam in her eye. As though telling a secret, JR adds that the director continues to write and send chocolates to “her” Janine. “We presented the documentary to all the people we met in their villages,” says JR. “Some were surprised to appear so much, others a little embarrassed too, but there was satisfaction and pride. It was very moving.”

Varda, a little 89-year-old woman, shares the same passion for image and for human beings with JR, a 34-year-old street artist. “Making films is loving people, loving humanity. I’d like a lot of people to go and see Faces Places so that the producers are happy,” Varda says with a smile, “but what interests me most is that Janine, the postman, the deckhand, are not forgotten. I want these people to stay and live on through this film.”

The documentary is also punctuated by the director’s archives of old films, interviews, and encounters, notably with her great friend Jean-Luc Godard, who, like JR, “never takes off his dark glasses”, laughs Varda.

Though the documentary was shot in the middle of a presidential campaign in France, there is never any mention of politics. It was a choice made by Varda and JR, “We wanted to talk about life! The world is going so badly everywhere,” explains the director, specifically referring to the fate of the Rohingya muslims in Burma, which Varda feels deeply. “Faced with this information, the cinema must assemble and respond. We’re not going to change the world, but I think that if we come together, things can change.” Presenting this film “honestly, without suspense, without special effects” in the United States is also important for the two friends, who each have a very strong connection with the country. Varda is highly respected in the American film industry. She will receive an Academy Honorary Award at the Governors Awards in Los Angeles on November 2. JR, on the other hand, will be back in New York as soon as he can to work.

Varda hails the installation JR put up at the border with Mexico just a few weeks ago. The giant portrait of Kikito, a 2-year-old boy who looks curiously from the other side of the metal fence. An absolute fan, Varda praises the audacity of her young accomplice: “What he did in Mexico is more powerful than politics.” 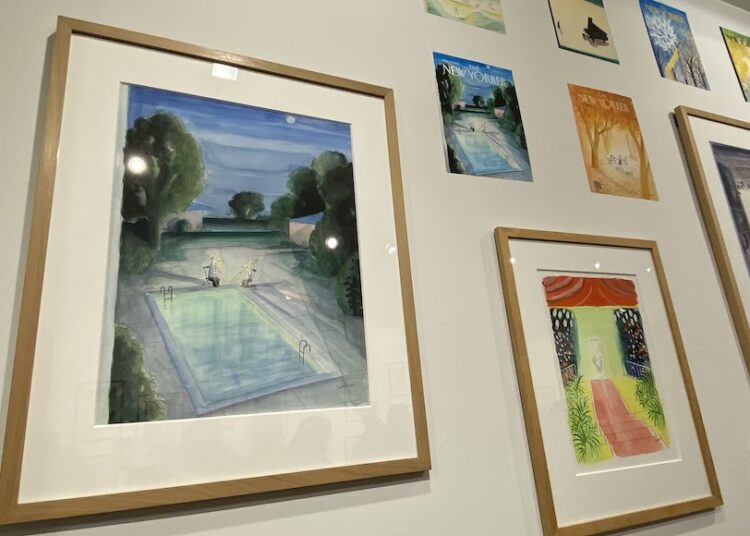