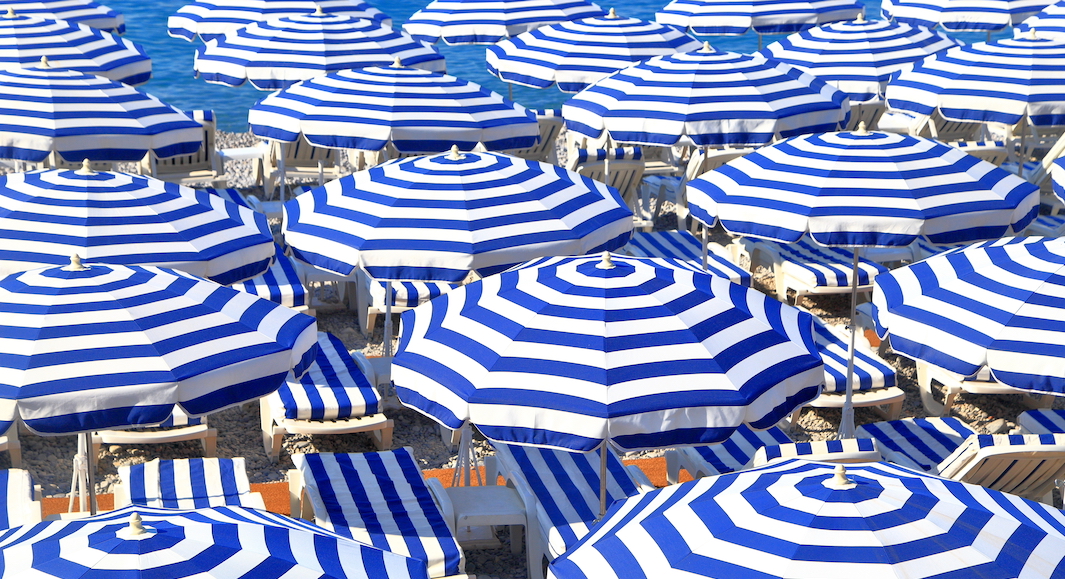 In a year when traveling is harder than ever, finding ways to “vacation” from home have become crucial. Which is why we have put together a list of films set on the French Riviera to get you through this cold winter. Sex, crime, and wanton hedonism will get your blood pumping, and make up for the fact that your most exciting venture over the past year has been a trip to the grocery store.

What is it about the Riviera that makes such a lovely crime scene? Look to the 1988 classic Dirty Rotten Scoundrels, adapted from the 1964 Marlon Brando film Bedtime Story (and remade again in 2019’s flop The Hustle, starring Anne Hathaway and Rebel Wilson). A sophisticated con man takes an inexperienced swindler under his tutelage, and the two wage a $50,000 bet to seduce, and steal from, a wealthy ingenue.

Running with the con man theme, Priceless, or Hors de Prix, stars Gad Elmaleh and Audrey Tatou in a fluffy romcom set in the Riviera’s most exclusive hotels. It’s pretty much Dirty Rotten Scoundrels, if the con men, instead of trying to seduce the same woman, were trying to seduce each other.

Based on the memoir Une femme face à la Mafia, written by Renée Le Roux and her son Jean-Charles Le Roux, In The Name of My Daughter brings to the screen the story of Agnès Le Roux, a casino heiress whose disappearance in the late 1970s would become an ongoing source of headlines. The film stars Catherine Deneuve as Renée Le Roux, Agnès’s mother, who struggles for control of a casino on the French Riviera while fending off the area’s very real mobsters.

An Easy Girl, or Une Fille Facile, directed by Rebecca Zlotowski, won acclaim at the 2019 Cannes Awards when it was screened in the Directors’ Fortnight section, winning the award for Best French-language Film. It stars Zahia Dehar as an impressionable 16-year-old drawn into her cousin’s carefree life of drinking champagne on boats with rich older men during a summer on the Riviera, despite warnings that her cousin’s “freedom” might come at a price.

5. Tender is the Night

This 1962 film adaptation of F. Scott Fitzgerald’s book of the same name, the last he completed in his lifetime, is a glittering Jazz Age portrait of a doomed marriage between a psychiatrist and his former patient. Inspired by the schizophrenic breakdown of Fitzgerald’s wife Zelda, the story of Tender is the Night is as glamorous as it is problematic, the French Riviera in the background a symbol of the empty excesses of the era.

Sean Connery’s seventh and final round in the role of James Bond led to Never Say Never Again, the 1983 spy film set partially in Nice, with side jaunts to Ethiopia and the Bahamas. After being suspended from active duty, Bond runs a covert mission to uncover a SPECTRE plot involving yachts, retinal scanning, and the very sexy bad gal Fatima Blush.

The 2017 Sky Atlantic TV drama Riviera is three seasons of glitz and high-key drama. Julia Stiles plays Georgina, an American art curator whose billionaire husband dies in a yachting accident, turning her world upside down, and exposing her to the dark web of secrets that lies just beneath the French Riviera’s sumptuous appearance.

Though considered by many not to be part of “the French Riviera,” the city of Marseille on the Côte d’Azur is as lively and colorful as anywhere else in the South of France. Netflix was betting on this when it commissioned its first original French-language TV show, Marseille, starring French film icon Gérard Depardieu. Dubbed the “French House of Cards,” this political intrigue casts Depardieu as Marseille’s mayor, locked in a power struggle with his young protégé.

Netflix continued its fascination with Marseille’s criminal underbelly in Rogue City, one of its most popular international films of 2020. A local cop gets in over his head when he is caught in the middle of gang warfare and police corruption in this violence-riddled, high-impact cop thriller.