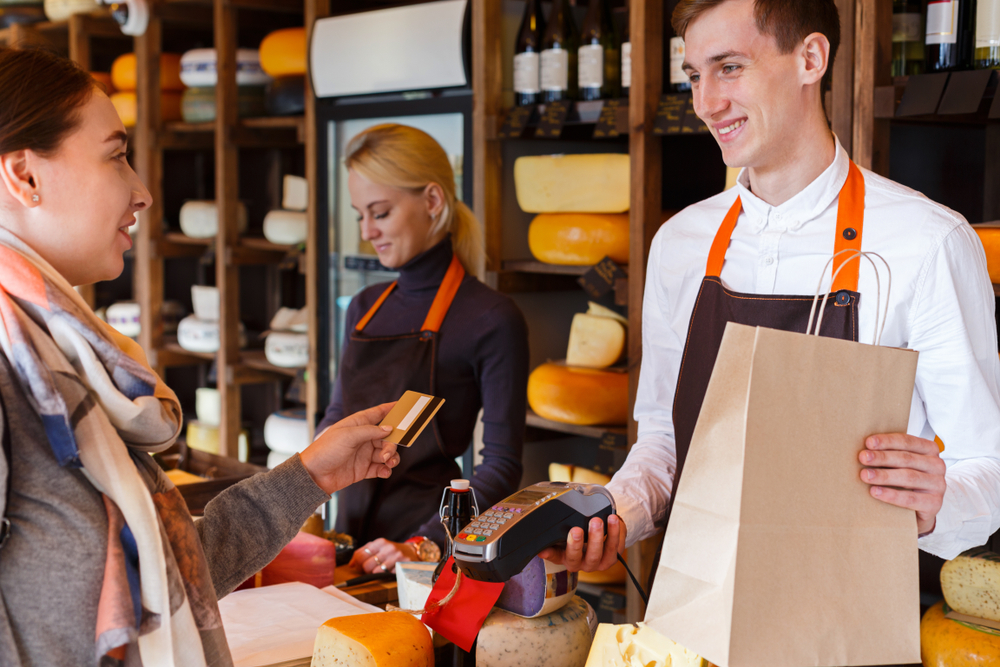 In 2018, anthropologist David Graeber published “Bullshit Jobs: A Theory” on meaningless jobs. And as he shows, the United States is a specialist in bullshit jobs. Here are five jobs that the French understand at all.

When you go to a restaurant in the U.S., you often end up talking to three or four different people over the course of your meal. Between the hosts and hostesses, the waiter or waitress, and the famous busboys, the customer interacts with a significant number of people. The busboy is the one who comes to refill your water glass or your cup of coffee, whereas in France, it’s the waiter or waitress who does this job. As for taking your silverware and dishes to the kitchen, again, waiters do that in France.

Americans grocery shopping in France are guaranteed to endure several uncomfortable minutes at the end when they have to bag their own groceries. We are flustered by the task of removing our groceries from our cart, then paying and bagging them (and in what order? pay then bag, or bag then pay?), inevitably holding up the line. French people have years of training when it comes to putting groceries in bags (reusable, of course). For them, it’s unnecessary to have someone bag their groceries when they could just do it themselves. Some grocery stores are opting out of baggers, but then the task just falls on the shoulders of the cashier.

For this one, many Americans are actually in agreement with the French. Gas station attendants are mainly found in New Jersey, the last state that prohibits people from refueling themselves. Until January 2018, Oregon was also part of this club, which dates back to the 1970s. Now, gas stations in counties with less than 40,000 inhabitants are not required to have an employee refuel cars (but don’t worry, there are still lots of attendants in Jersey). Even more disconcerting for the French who do have to have someone refuel their car is the fact that have to (should) leave the attendant a tip.

For those who go to one of the Walmarts where they’ve eliminated the position, a greeter is an employee whose job is to wait just inside the store entrance and warmly greet all customers who enter. The brand’s founder, Sam Walton, introduced this position nationally in the 1980s. In February, Walmart announced the end of the greeters in 1,000 stores, to be replaced by “customer hosts,” who are more focused on security and assisting shoppers. After an uproar from the general public, Walmart has extended that deadline indefinitely for greeters with disabilities, who were immensely affected. All that aside, for the French this position makes no sense. Regular store employees can greet everyone entering the store (and customers should say hello back!).

You go to the bathroom in the restaurant, club, or theatre, and — surprise! — you’re not alone. Some establishments employ restroom attendants, an employee responsible for ensuring that the toilets are clean and that there is enough paper or soap for users. Sometimes they turn on the tap for you or hand you paper towels (and you should tip them as well). This job doesn’t exist in France. You’re expected to use the bathroom on your own and not make a mess, which, as an adult, you should absolutely be able to do — no excuses.