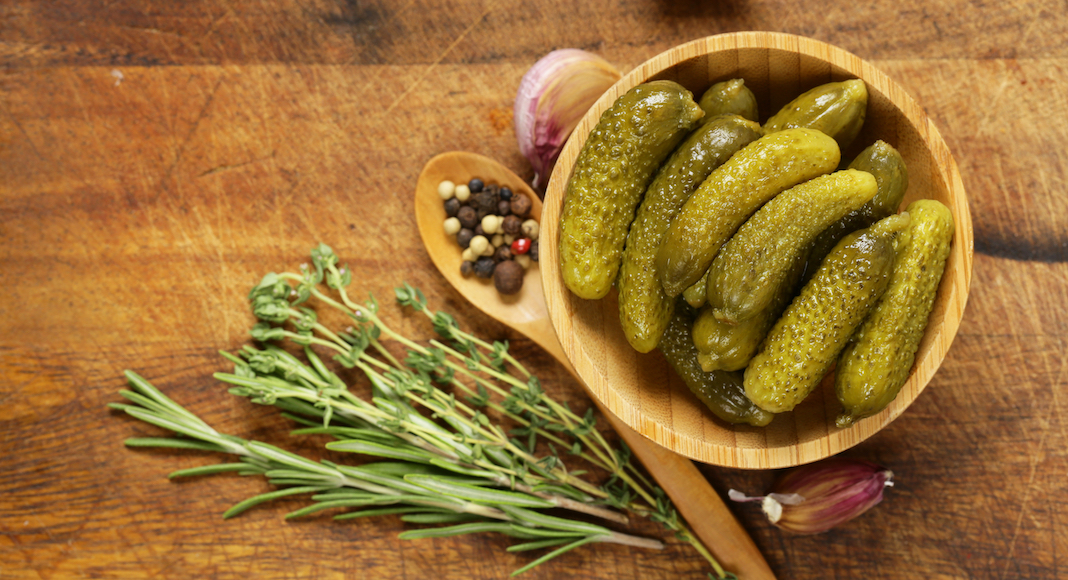 If you’ve ever found yourself nostalgic for the bold, friendly Monoprix font, or Sundays spend wandering through the Bastille marché, you’re not alone. One of the things that France has on its side is cheap, quality food, available for pretty much anyone. Yet a lot of those culinary staples quadruple in price once you cross the Atlantic. That, or they’re almost impossible to find.

It’s a lot like sour cream, but milder and not as tangy. If you’re cooking French, you’ve probably gone on a mad hunt to your local artisanal cheese shop (if you even have one in your neck of the woods) in order to find crème fraîche. It’s used as a topping, a filling, for just about anything, really. Trader Joe’s, however, does tend to stock it (they also sell cheap cornichons, whole grain mustard, and quality frozen food).

This tender, nutty lettuce has a few alternate names, one of them “lamb’s lettuce.” It’s what you get when you order salade at any French restaurant, as it’s pretty much the main leafy green you’re going to find in France. But has any American grocery store ever sold it?

Frozen food in the United States still carries a stigma associated with bad parenting, or your first apartment as an adult that you share with four roommates and a bodega cat. But the French have standardized high-quality frozen food thanks to the grocery store Picard, which exclusively sells freezer food.

The French, who tend to lean a little harder on game meat than Americans, cook a lot of rabbit. But if you’ve developed a taste for this Escoffier staple, you’ll be hard-pressed to replicate your favorite recipes in the U.S., or even find a restaurant that serves them, because of local laws prohibiting or restricting the sale of game meat. Some places, like D’Artagnan, do offer online delivery of rabbit and other less common meats.

A lot of French recipes recommend using duck fat for cooking. Monoprix even sells it by the jar. But to come by it in America you’re going to have to go to a proper butcher, or order from a specialty store like the ones French restaurants source ingredients from (such as D’Artagnan).

You’ll probably only ever see these tiny pickles on a charcuterie board, but trying to purchase them is a nightmare. Either you pay $8 for an imported jar of Maille, or you accidentally make the mistake of buying gherkins, which look like cornichons, but are unbearably sweet instead of sharp and vinegary.

Cassis, or blackcurrant, has a very tart flavor profile, but is commonly used in France for juices, jellies (often in macarons), and most famously in liqueur form. Crème de cassis is what is added to white wine to make kir, or champagne to make a kir royale. Your best bet is to check large warehouse-style liquor stores, as you probably won’t be able to find any blackcurrant products in a typical grocery store.

Chestnuts, or marrons, are another common ingredient in French sweets. They are often pureed and sold in tins of creme de marrons, or chestnut spread. This can be eaten with yogurt, spread on toast, or used to make the dessert known as Mont Blanc. Marrons glacés, or “frozen chestnuts,” are also a popular (if pricey) Christmas-time treat.

Sure, you can find whole-grain mustard in the U.S., but in France it’s practically everywhere. If you sit down at a brasserie, the table will be set with salt, pepper, and moutarde à l’ancienne. It’s vinegary and textured, and it will go right up your nose if you eat too much at once. But it’s excellent for dipping frites in, spreading on sandwiches, or cooking with poultry and fish.

Why is tarragon an ingredient in every single French dish? The world may never know. Estragon is often sold in American grocery stores under the name “French tarragon,” and finding it is a total crapshoot. It smells like anise and has a distinct bittersweet taste, and is often used in sauces for chicken or fish.

Guimauve might translate to “marshmallow,” but it is nothing like the chewy campfire snacks Americans know. You would most often buy guimauves at a patisserie, individually, instead of prepackaged. They are lighter than air and have a delicate crunch that comes from crystallized sugar. The closest you could find in the U.S. is probably something like Squish in New York, which makes gourmet marshmallows.