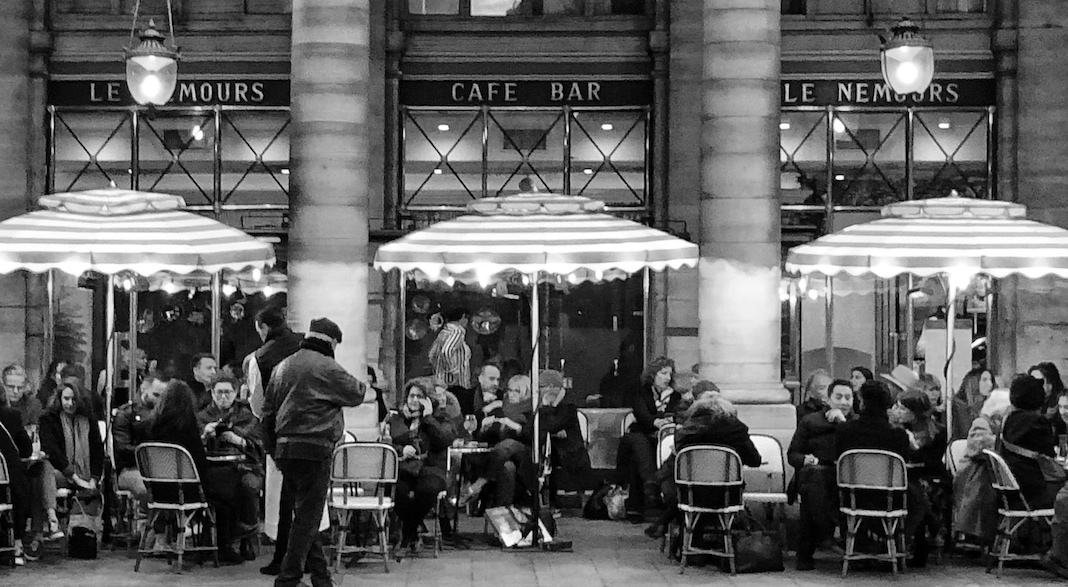 “At that time, Paris was a city that matched my heartbeat. My life could only take place in its streets,” muses Jean Dekker, the narrator of Quartier Perdu (1985), about his youth. This fusional relationship with the city also applies to author Patrick Modiano himself and his work: today, in our literary imagination, the writer is intimately linked to the Parisian space. This identification began with the publication, in 1968, of La Place de l’étoile, a novel whose title refers both to the star worn by the Jews under the Occupation and to the Place des Champs-Élysées.

From book to book, Modiano has developed a personal topography of the capital. As Régine Robin notes in the Cahier de l’Herne devoted to the author, “the routes, itineraries, wanderings and other peregrinations in Paris are the real subject of his books with thin plots.” The literary escapes to Jouy-en-Josas, Nice or England only give more strength, in contrast, to this fixed point. There are privileged neighborhoods, such as the 18th arrondissement (Voyage de noces, Dora Bruder), the 6th arrondissement (Dans le café de la jeunesse perdue, Du plus loin de l’oubli) or the 16th arrondissement (Quartier perdu, Pour que tu ne te perdes pas dans le quartier). The city is divided by a symbolic border: the Seine. “Taking off to sea, fleeing the toxic world of childhood, means fleeing the center to slip to the threshold of the capital, paradoxically reaching the real Paris, by leaving the Latin Quarter for Montmartre,” Bruno Blanckeman points out about the autobiographical story Un pedigree (2005).

Beyond the romantic landscape he lays out, it is through subtle allusions and references that Modiano shaped his profile as a Parisian writer. He has followed in the footsteps of famous surveyors in the capital. Starting with Raymond Queneau, author of Zazie dans le métro, who helped launch his literary career. A connection suggested in Un pedigree, which becomes autobiographical in a tribute to the author of Queneau: “I read that the moments when Queneau had been happiest were when he walked in the afternoon because he had to write articles on Paris for Intransigent. Like Queneau, I was really myself only when I found myself in the streets, looking for the Chiens d’Asnières pet cemetery.”

The title Un pedigree refers to another writer whose work is associated with Paris: Georges Simenon, author of Pedigree. Modiano did, in fact, confide to Le Monde, in 2007, about Simenon: ”What brings me closer to him is that he too needed to know exactly in which topography and settings his characters were evolving.”

Guy Debord, a leading figure in situationism who wrote Guide psychogéographique de Paris, is also among Modiano’s references. A quote from a book review of Debord’s Society of Spectacle is used as an epigraph in the Café de la jeunesse perdue (2007), which gave the book its title: “Halfway along the path of real life, we were surrounded by a dark melancholy, expressed in so many mocking and sad words, in the café of lost youth.” In this text, Louki’s wanderings, a Modiano-esque replication that gives way to the intoxication of disassociation, recall the deviation as defined by Debord: “A technique of hasty passage through varied atmospheres.”

Thus, for his readers, Modiano has taken on the appearance of a pedestrian from Paris, to use the title of a book by Léon-Paul Fargue, “Le Piéton de Paris,” another poet in love with the capital. Singer Vincent Delerm made no mistake about it: in one of his songs, “Le Baiser Modiano,” a couple crossed paths with the author, “en imper gris” (in grey raincoat), at the exit of the metro, before kissing in front of the gates of Carpeaux Square. He wrote as if he were a ghost watching over Parisian loves…

This fusion between the novelist and his city has the advantage of linking the author to a prestigious literary lineage. However, it goes beyond a simple writing strategy. For the Modianesque characters, Paris symbolizes first of all a malaise, the confinement in an intimate and collective history of a traumatic nature — the Nazi Occupation, the Algerian War. But it also embodies a promise: to make a new start, to (re)discover one’s own identity, or even to become someone else. “Now, no one could ever lock me up again. Life had begun for me,” thinks Jean Dekker, the Quartier Perdu narrator, when he arrives in Paris on a spring morning. We can guess the autobiographical significance of such a relationship to the city…. Is it not Paris that allowed a young Modiano, left to his own devices in the absence of a real family environment following the death of his brother, Rudy, to reinvent himself?

But if Paris has transformed Modiano, Modiano has also, in return, transformed Paris. We are not only thinking here of the work of poetic recreation that makes his paper city a “dreamed” space, as the writer told L’Express in 2010. The influence of his work on the Parisian landscape is very real. The mayor of the capital, Anne Hidalgo, inaugurated a Dora-Bruder promenade in 2015, in homage to a young girl deported under the Occupation that Modiano pulled out of oblivion by dedicating a poignant account to her in 1997. One could not dream of a better bit of glory for a lover of Paris.