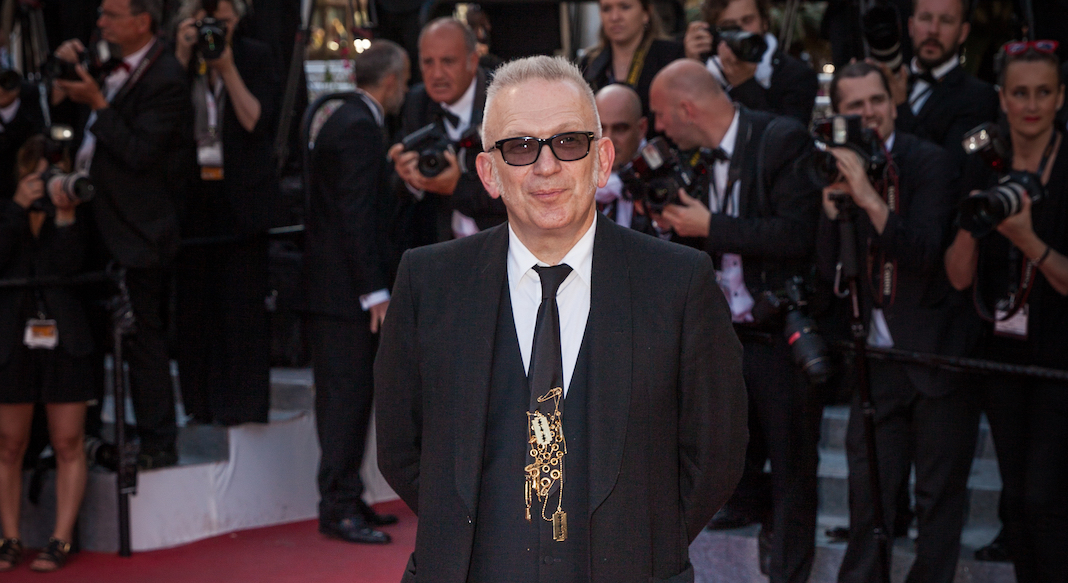 What Jean-Paul Gaultier Will Be Remembered For in Fashion

At 67 years old, the man who has already said goodbye to prêt-à-porter in 2014 has announced that his haute couture fashion show presented Wednesday, January 22, 2020 at the Châtelet theatre will be his last. The man who made his teddy bear his first model and confessed to having dreamt of his profession as a couturier while watching Jacques Becker’s film Falbalas has become over the years not only the enfant terrible of fashion, but also one of its undisputed masters, inventing his own codes, which allowed everyone, from couture clients to the general public, to immediately recognize the Jean-Paul Gaultier look. From the marinière stripes to the conical bra, men’s skirts to playful ethnic patterns, all with a smile and a hint of sensuality in the air.

On the occasion of his last haute couture fashion show, here are five elements that make up Jean-Paul Gaultier’s signature.

By Jean-Paul Gaultier, the first thing that comes to mind is the marinière — sailor stripes. Not just because he dressed several of his successful perfumes in it, such as Le Mâle (1995). In 1983, the French designer integrated this essential pattern into his “Toy Boy” men’s prêt-à-porter collection and managed to make it his own. Reviewed and remade in a virile marine spirit — a vision nourished by Rainer Fassbinder’s film Querelle, adapted from Jean Genet’s novel Querelle de Brest, featuring a bewitchingly beautiful character arousing both male and female desire — the male sailor according to Jean-Paul Gaultier blossoms in a sensual genre, between remastering cropped and cut-out versions.

For women, too, striped clothing rhymes with seduction. In 1983, the women’s prêt-à-porter collection “Dadaïsme” highlighted hybrid marinière shirts crossed with corsets (another Gaultier signature piece). From these beginnings, many naval-inspired garments were created, including a striped haute couture knit dress with ostrich feathers, from the “Les Indes Galantes” collection (2000); a naiad dress designed for Marion Cotillard for the 2008 Oscars ceremony; and a series of men’s and women’s clothing printed with Maori tattoos (a motif dear to the designer). Finally, the marinière is also Jean-Paul Gaultier himself, immortalized in 1990 by the artist Pierre et Gilles’ in an erotic-kitsch foam version: platinum brush hair, ashen eyes raised to the sky, a dazzling smile, dressed in a striped top and holding a bouquet of daisies in his hands, like a young bride or a girl taking her first communion.

Salmon pink and satin, a corset with conical breasts — worn by Madonna during her Blond Ambition Tour in 1990 and created by Jean-Paul Gaultier — is imprinted in the retina. It is also synonymous with exacerbated and eroticized femininity, and, ironically, the liberation of women’s bodies. As early as 1983, Catherine Ringer, star singer of Les Rita Mitsouko, wore an ivory version of the conical corset outfit in the clip “Marcia Baila.” But it was during the 1983 women’s prêt-à-porter collection “Dadaïsme” that the garment saw the light of day on Gaultier’s catwalks, fusing provocative spirit and imaginary couture.

Since then, the piece has never lost its association with the French designer, and has been rethought ad infinitum. Memorable remakes include its orange silk velvet version, called “breasts shells,” from the “Barbès” collection (1984), which was also a reference to Bambara art, or the flesh-colored corset dress entirely laced with ribbons in the back imagined in collaboration with Mister Pearl (alias Monsieur Corset) for the 2001 haute couture collection. Also noteworthy is the reincarnation in a perfume bottle of the conical corset with the best-seller “Classique” (1993), which finally integrated this element into the brand’s identity.

Three decades before the full force of the fluidity of gender — which is trendy in fashion today — Jean-Paul Gaultier preceded his world with the parade “Une garde-robe pour deux” (1984) and then with “Et dieu créa l’homme” (1985). The centerpiece of this second collection, the skirt, worn by models with bare shoulders, caused both scandal and sensation, and deconstructed the clichés surrounding virility. Though the commercial success of the piece is debatable, especially at the time, the image was a success. And the appearance of a Jean-Paul Gaultier in pant-skirt combo at the Élysée Palace behind President François Mitterrand — his first term — prolonged the buzz. In the same vein, and with less fuss, Jean-Paul Gaultier was also one of the first to take an interest in men’s make-up in 2003 by launching a line of products and skincare products for men, including a kohl pencil.

“Barbès,” “Frida Kahlo,” “The chic rabbis,” “Voyage-Voyage,” “Le Grand Voyage,” tributes to Ukraine and Russia, China and Spain… So many collections that speak volumes about the importance of ethnic and cultural references from all over the world in the fashion created by Jean-Paul Gaultier. The designer has made it an element of language, which is stylistically translated by the remastering of traditional costumes, religious or cultural symbols, between coats donning Union Jack flags, Japanese kimonos, bullfighter boleros revisited, mini skirts made of African boubous, fitted suits playing with Maori tattoos in trompe-l’oeil, and, on the accessories side, umbrellas, massaï necklaces, Andalusian fans, and caps with rounded tops in faux mink reminiscent of the Orthodox Jews. Beyond clothing, with Jean-Paul Gaultier, beauty is also expressed in many ways. This is demonstrated by the mixed castings that punctuate his collections and contribute to the broadening of the criteria of beauty, and the choice of the Franco-Algerian Farida Khelfa as muse since 1979.

Another marker of style: popular culture infuses Jean-Paul Gaultier’s collections. Recently, the “Fashion and Comics” exhibition held in Angoulême devoted a space to the designer who used Popeye, Wonder Woman, Spiderman and Betty Boop. Superheroes are very present in Jean-Paul Gaultier’s fashion (we remember his spider-woman from his spring-summer 2003 haute couture collection) and sometimes illustrated his perfume bottles. In another genre, in 1987, he didn’t hesitate to unveil a collection called “La concierge est dans l’escalier” (The concierge is on the stairs), which made fun of popular Paris, or, in 1992, another one called “Casanova au gym” (Casanova in the gym), featuring macho looking men, most of them moulded into sportswear outfits.

And don’t forget “Punk Cancan” in 2011, an haute couture collection that makes a connection between a cheeky Parisian woman and a London punk. At the same time, the relationships he forged with certain stars also contributed to this aesthetic. Impossible not to think of Yvette Horner and her accordion, restyled with a sailor’s sweater and a polka-dot skirt by Gaultier. Or even to another redhead, Mylène Farmer, whom he has often dressed on stage and to whom he offered in 2001 a silhouette — black and sexy — of a bride for the finale of her haute couture fashion show. It should be noted that Jean-Paul Gaultier’s panel of icons is also diverse, embracing all eras and styles, from Amanda Lear to Conchita Wurst, Madonna, Rossy de Palma, Valérie Lemercier and Beth Ditto, to name but a few.