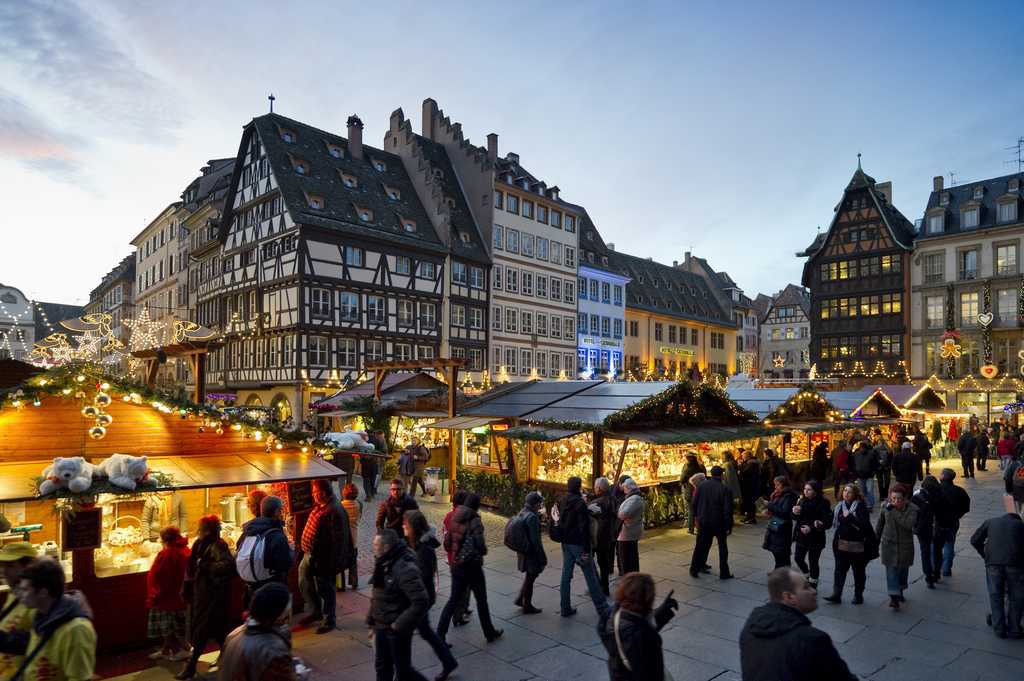 The Strasbourg Christmas Market Is Coming to New York in December

Christmas has two capitals: New York and Strasbourg. The two will come together as one this December.

The cities of Strasbourg, Mulhouse, and Colmar, with the Alsace region, are organizing their first Strasbourg-Alsace marché de Noël, from December 6 to 22 in Bowling Green Park. Founded in 1570, the Strasbourg market, the oldest of its kind in France, will be located this holiday season in New York’s oldest park, the press release notes.

A fir tree illumination, decorated with handmade objects, will kick off the festivities on Thursday, December 5 from 5 p.m. to 8 p.m. In pure Strasbourg tradition, thirty chalets imported from Alsace will house stalls selling Alsatian products (pottery, household items, etc.). The foodies will not be forgotten. Hungry New Yorkers can fill up with foie gras, bredele (small Alsatian cakes), sauerkraut and tartes flambées, to the sounds of Christmas carols.

New York is not the first international destination for this illustrious market, which attracts two million people every year. It has also travelled through Tokyo, Moscow, Beijing, Taipei and Seoul. In June, Strasbourg City Council paid a grant of 66,660 euros to the local tourist office to finance the project. The Eurometropolis of Strasbourg (EMS) also contributed 133,340 euros.

Read our review of the Strasbourg in New York Christmas market here.