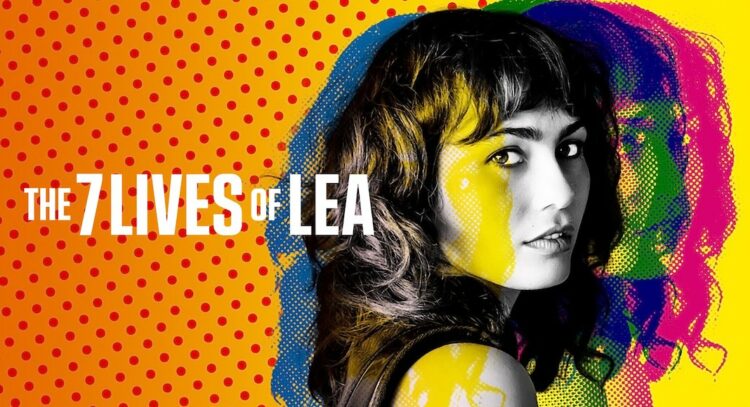 Netflix has dropped its latest French language show, and while debut seasons continue to get shorter, you’re here because you want to know if you should drop seven hours of your life to watch The 7 Lives of Lea. 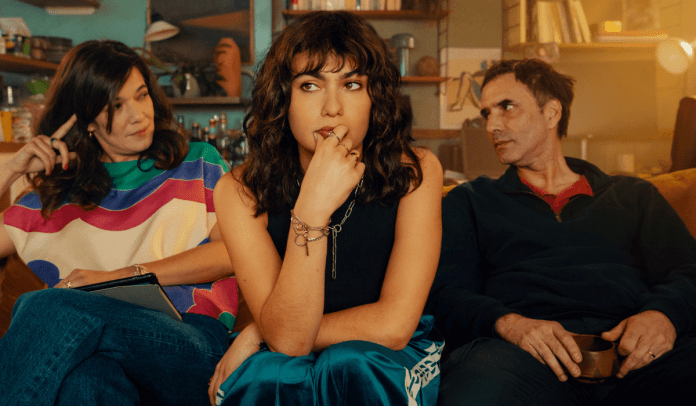 Based on a book by Nataël Trapp, the show follows its angsty, directionless heroine, Lea, as she time travels to the year 1991. The 17-year-old (played by Raika Hazanavicius) wakes up in the body of Ismael, an old friend of her parents’ whose mysterious death becomes Lea’s obsession. She continues to body swap, each day within a different person, each day one closer to understanding Ismael’s death. In doing so, she gets to know (and inhabit) her parents as teenagers, and explore the psyches of the residents of her small town, most of whom never left.

It’s Gen Z’s first stab at the time travel genre, and the show should issue a warning to any millennial watchers to proceed with caution. While 90s kid nostalgia has weathered its peaks and valleys over the last decade, the presentation of 90s culture in The 7 Lives of Lea maintains a level of fetishism that could only be achieved through the lens of someone born post-9/11. This isn’t Tamagotchis and Nickelodeon slime, it’s grunge and vinyl and skater chic, with the full glossy Netflix treatment. It’s the difference between knowing what a VCR is and remembering what color the Rugrats VHS tape came in. 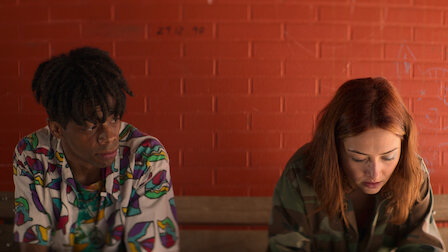 This does create obvious opportunities for humor, such as when Lea, in Ismael’s body, struggles to figure out how to use a pay phone, before realizing she doesn’t know anyone’s number by heart. Or when she attempts to explain the expression “ouf” (translated as “lit”), when her 2020’s slang goes over the heads of her 90s peers. And there’s some fabulous rocker energy, in particular from the local music scene queen Patricia, who, in one scene, kicks a guy out of her record shop for asking if she has anything by Sardou. (Think: sentimental 80s ballads, but in French.)

Aesthetics aside, one of the things that is difficult to reconcile is the portrayed entitlement of Lea, and by default, her generation. During her body swaps, she encounters good old fashioned high school bullying, with all the racism, sexism, fat-shaming, and physical violence it entails. She reacts using a contemporary lexicon that doesn’t gel with the survival-of-the-fittest modus operandi of the time. On the one hand, it’s a strong reminder of how far we’ve come, or how, at the very least, we’ve found subtler ways to cut each other down. But it’s somewhat jarring to see Lea encounter discrimination (both of her inhabited bodies and those around them), seemingly for the first time. It was once millennials who were famously portrayed as entitled and out of touch—could the darling Gen Z be falling prey to the same trope, the same need to put down the younger generation out of fear they’ll usurp us?

The 7 Lives of Lea, in many ways, feels like a collection of anxieties about the current zeitgeist all bundled together. Perhaps it’s simply bad luck that the show came out just a week after the second season of Russian Doll, which contains the same conceit, with a wildly different execution. There’s always been a fascination in time travel stories with encountering or inhabiting the mother, a means of re-entering the womb. It speaks to a current obsession with generational trauma and epigenetics, a desire to reconcile the wrongs of the past with the perceived injustices of life at its present moment.

When it’s not shadowing Russian Doll, the show is pulling directly from another show, Euphoria’s, playbook. A particular grievance is the revival of the “hot rich white boy bully” whose cruelty is justified by the abuse he suffers at the hands of his father. In this show, Pierre-Yves (“Pye”) fills the shoes of Euphoria’s Nate, Sex Education’s Adam, and a host of other recent characters to represent this toxic archetype. While it’s true that trauma breeds trauma, as the time travel story demands, the need to rationalize all bad behavior as the result of trauma lessens the meaning of the word over time.

But The 7 Lives of Lea does hook you in. There’s a certain spooky charm to the nondescript small town where the show takes place, and each episode gives you just enough of a twist to keep you going. (It helps that each episode starts up at the second where the last left off, so it could be viewed as one 7-hour continuous film.) There’s an addictive voyeurism to the super-cool 90s kids Lea gets to inhabit, running the gambit from Spice Girls to Nirvana. And the acting challenge, with each of the other main actors forced to perform the spirit of Hazanavicius’s Lea, is well-executed. Millennials: be wary. But everyone else, go on ahead and give it a watch.