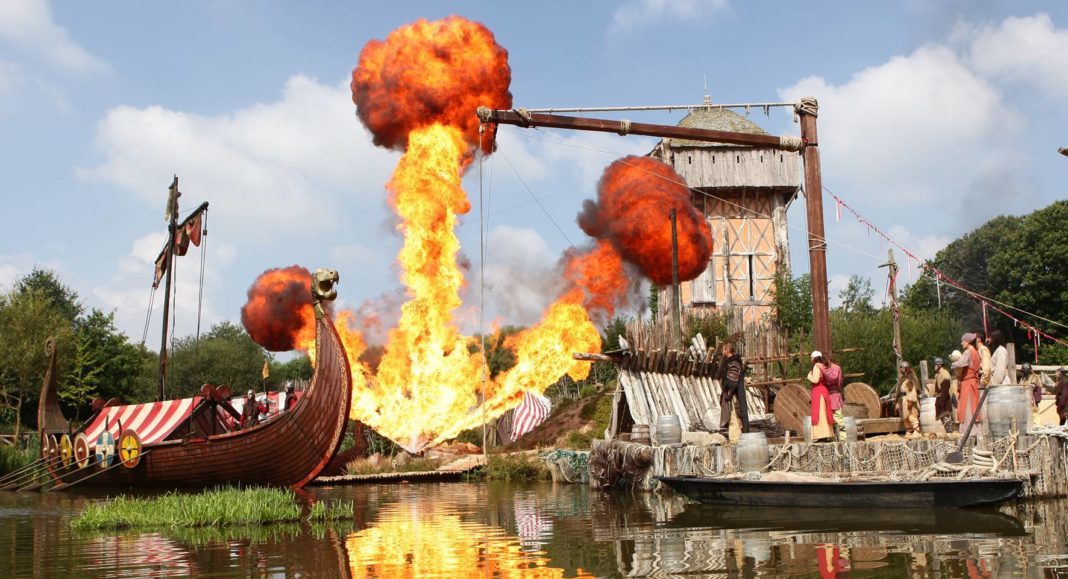 The Most Epic Amusement Park You’ve Never Heard Of

In the west of France, hidden in the sprawling countryside, lies Puy du Fou, a parc d’attractions that bears little resemblance to Six Flags. Instead of rollercoasters and rides to make you vomit, this historical amusement park features expansive grounds that house performances, interactive villages, elaborate costumes, and an abundance of fire.

It puts Medieval Times to great shame, and it. Is. Awesome.

Puy du Fou was founded in 1977 by Philippe de Villiers, a right-wing politician, whose campaign for presidency was not as impressive as his historical theme park acumen. It began when he discovered the ruins of a renaissance castle, which served as the backdrop for a show he created. The rest is history (yes—pun intended).

You’ll be in awe of the spectacles, which offer every crazy, impressive show one could possibly imagine, spanning centuries of history and spread throughout stages on the property. Pay a visit to the The Stadium Gallo-Romain (you’ll never have to see the real Roman Colosseum after this) for an elaborate circus show, see a viking battle before your eyes, experience the soldiers’ trenches of WWI at Les Amoureux de Verdun, and watch as performers twirl around on galloping horses.

The daytime activities are enough for at least two action-packed days, but don’t miss the main show—a nighttime visit to Cinéscénie, an enormous event unlike anything you’ve ever seen. There are over 2,000 actors on stage at once, engaging you in the drama, history, and sheer spectacle of this visually impressive event. You’ll only catch Cinéscénie on Friday and Saturday nights, but you can watch Les Orgues de Feu daily, the other nighttime show featuring lights and dances on the lake.

After you’ve spent the weekend shouting and gasping at costume-clad actors, you should feel justified talking smack about Disney Paris. Puy du fou all the way.