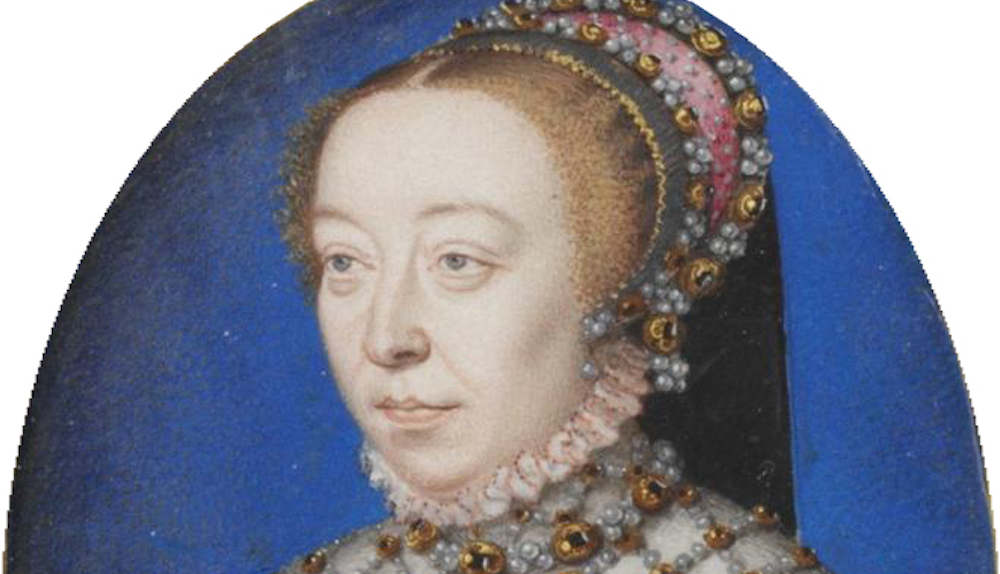 The Most Cunning and Ruthless Monarch in France was a Queen

She was the most powerful woman in 16th-century Europe, ruling France for nearly 20 years. She brought haute cuisine to the country, created the Tuileries Garden in Paris, and was responsible for one of the bloodiest massacres in French history. People thought she was a sorceress who murdered her enemies. Her name is Catherine de Medici, and she might be France’s biggest #ladyboss.

Born in Florence, Italy to the ruling Medici family, she learned the dark arts of power and politics from her uncle, the Pope. When she was 14 he arranged her marriage to the future King Henry II of France, promising a huge dowry. The marriage went forward but the dowry did not, as the Pope died before it could be delivered.

Marriage was basically no-pay, no-play at the time, so not being able to pay for a marriage she was already in was bad for Catherine, who became an outcast in her own new court.  Angry over the lack of payment, the king took up with Diane de Poitiers, giving her the Château de Chenonceau — Catherine’s favorite — and allowing her to wear the crown jewels. So Catherine, a careful reader of Machiavelli’s The Prince, waited and plotted. And had lots of children.

When King Henry died in an accident, Catherine was ready, seizing power and ruling through her young son, King Frances II. One of her first acts was to confiscate the crown jewels and throw Diane out of Chenonceau. Revenge was sweet!

But Catherine had a problem — King Frances II was sick and soon to die, and her next son was very young. This meant that a regent (an appointed person) would run the country until the boy was older, and the King of Navarre had priority over Catherine for the post…

Catherine, the good student of Machiavelli that she was, came up with a plan. She had the King of Navarre’s brother arrested, tried and convicted, and sentenced to death. So when her son died, she offered the King of Navarre a deal: If you want your brother to live, renounce your claim to be regent.

Victory was hers, and Catherine soon ruled France.

She continued to run the country even after her son came of age. This continued when he died and her next son became king, making her the country’s center of power for nearly two decades.

A black mark on her record was how she dealt with the warring Catholic and Huguenot (Protestant) factions in the country. Failing to reconcile them, and expecting an attack by the Huguenots, she launched a surprise attack before they could act. Thousands died in the St. Bartholomew’s Day Massacre, a very dark moment in French history.

Catherine’s legacy is rooted in her creations, like the Tuileries Garden in Paris and the famous galleries at Chenonceau. She sponsored artists and is considered one of the leading forces behind the French Renaissance. And she loved to organize lavish court festivals as a way to display royal power (and keep an eye on troublesome nobles).

And what about haute cuisine? It’s true that Catherine brought sophisticated Florentine chefs with her to France, influencing royal dining. And while it may be just a legend, Italians still proudly say, “We taught the French to cook.”

Catherine de Medici: powerful ruler and patron of the arts. And definitely someone not to mess with.