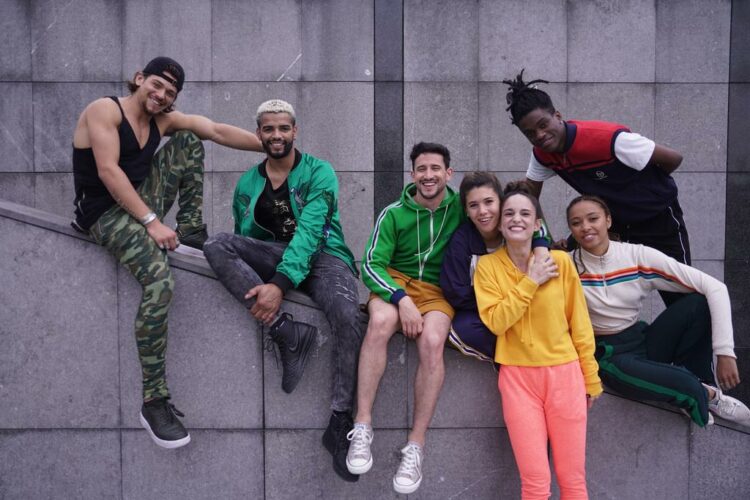 Sometimes you don’t want to think too much. It’s summer, you’ve got a big bowl of ice cream and a glass of Sancerre, and you just want to watch a movie that picks you up and transports you to a world where everyone’s young, pretty and dancing—preferably in Paris. Let’s Dance, currently streaming on Netflix, has gotten a renewed surge of interest since its initial 2020 release. And it’s not surprising: It’s the perfect upbeat, fluffy distraction we all need right now. From minute one, it grabs you with its cool, languorous cinematography that bokehs and blurs, shifting between slo-mo and fast speed, with bodies moving, smooth and easy, against a backdrop of alternating colors—red, blue, a burst of yellow—as bodies rise, fall, and leap. Is it real or is it a dream? Honestly, who knows, and who cares? 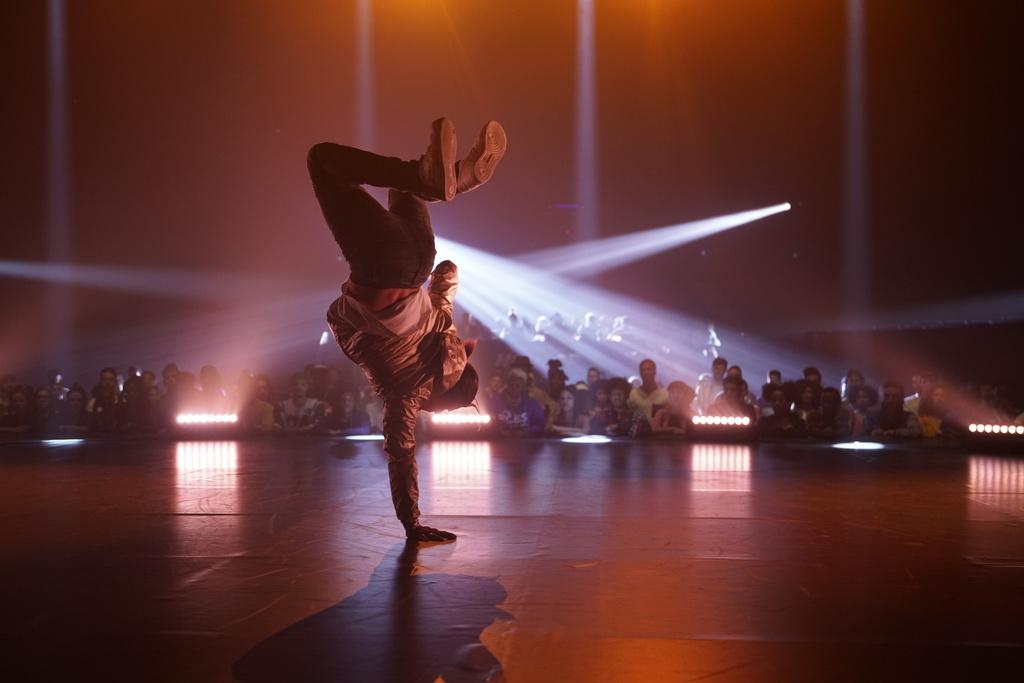 Three friends in their 20s, angel-faced Joseph (Rayane Bensetti), his girlfriend Emma (Fiorella Campanella), and their funny sidekick Karim (Medhi Kerkouche) steal away from home in le banlieue for a dance audition in the big city. After some attitude from Youri (Brahim Zaibat),  the head of the hip hop crew they hope to join, Joseph shows off his moves. The camera flips and spins along with him, as he sails through the air and lands hard, crushing his routine. They’re in—they’re part of the crew.

When Joseph shows up at the Remi Nowak dance school to ask for a job, we scratch our heads. How does our hero know this middle-aged dance teacher, and what does he want from him? While there, he spots a ballerina, pale and elegant, limber and slight. She notices him, too—and, distracted, screws up in class. Meanwhile, our friends aren’t getting much sleep on their shared futon at Emma’s brother’s place. But their talent is raw, their audition routine kinetic and entrancing. They are invited to appear on the finals of Masters of Hip Hop!

The news hasn’t even sunk in when it becomes clear there’s something going on between Emma and Youri, leaving Joseph and Karim on their own. Without Youri, Joseph is in charge of the crew. Nowhere else to go, they show up at the palatial apartment of Remi, the ballet instructor. He lets them in, no questions asked. Who is this guy? Turns out he’s the director of a ballet school that’s hemorrhaging money. In an exposition-heavy scene with his boss, we learn that he’s got to innovate—or he’s out. 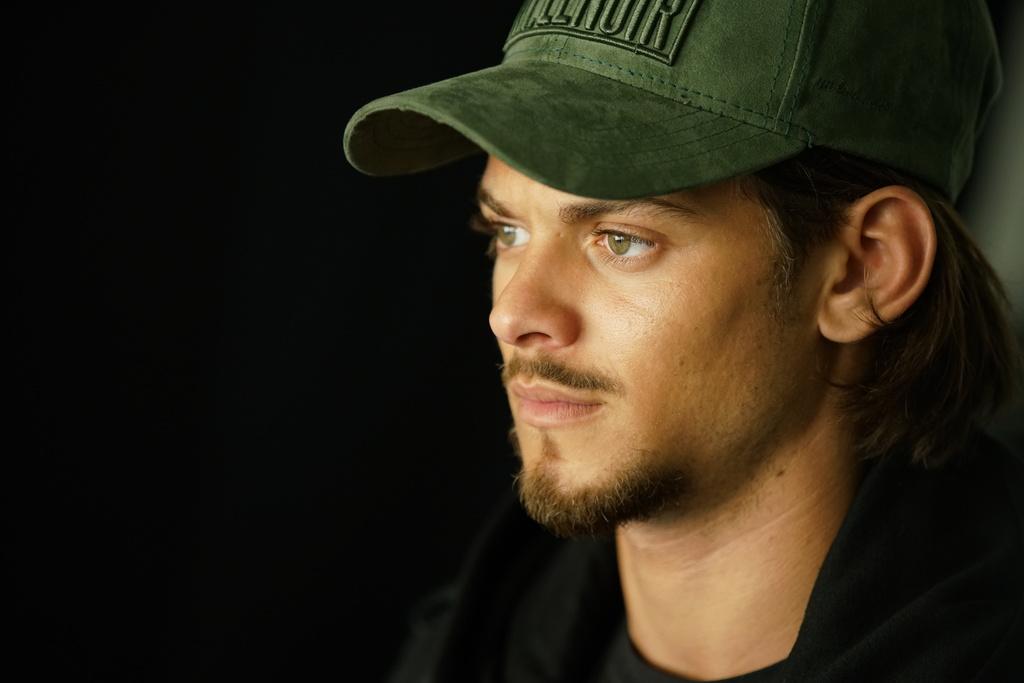 When Joseph and Karim—his adorable gay bf with a face like a bulldog who’s not afraid to say “Je t’aime” out loud—sneak into the ballet studio to goof around and drum up some moves for their upcoming competition, Remi spies on them. He has a brilliant idea: These hip-hop hooligans with hearts of gold will teach his ballet students. In the process, they will bring new life to the crusty old art of classical dance and save the academy. This will also give the freeloaders a chance to earn their keep.

“You’re going to teach them to let go, to dance like des fous furieux,” he tells the stunned duo. The ballet students protest. They couldn’t care less that there aren’t any rules in hip hop, that it’s a form of dance that was born in the streets. They just want to do relevés and tours jetés.

Eventually, the nature of the relationship between Remi and Joseph comes out—and, no, he isn’t a pedophile. The secret of their past unlocks a meaningful new layer to the story, deepening Joseph’s dedication to his dance, even as he suffers a crisis of confidence. Being forced to run a crew and teach hip hop to ballet students is too much for him. He studies YouTube dance videos, wracking his brain to figure out what he can bring to the choreography that will make his crew stand out at the big competition.

Things seem to be looking up when the pretty ballet dancer, Chloé (Alexia Giordano), invites Joseph to the ballet at the Opéra National de Paris with her and her adorable—and raunchy and bold—grandmother for his birthday. Predictably, he is moved by the experience. “J’ai pris une claque!” he says. It knocked me out. 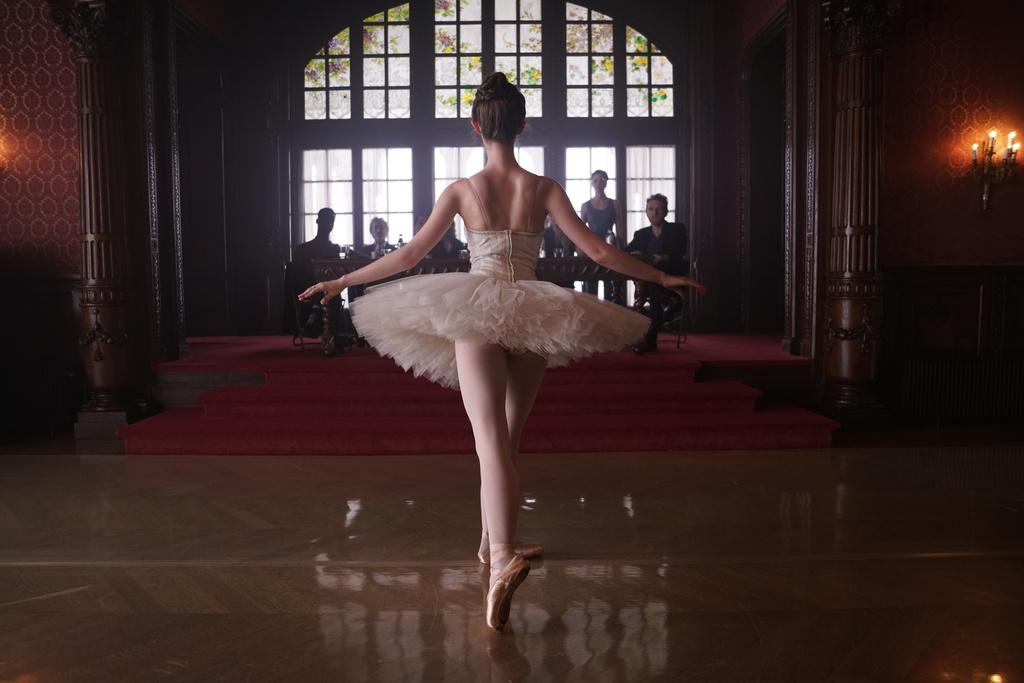 Next thing, he and Chloé are moving together on the dance floor at a club—two worlds colliding and uniting through dance. It’s electric. Is it love? At this point, the film feels like a teeny-bopper romcom, only they’re not teeny boppers. The strobe and colored lights soften their moves, the white slash of an arm making it sensual and raw. Joseph has an epiphany.

“That’s our style, that’s it!” he says to Chloé. “When I saw you dancing, I started to dream.” The hip hop crew will join forces with the classical dancers. Together, they will create a new kind of dance that will win them the competition. Finally, the promise of the premise is unleashed. Ballet and hip hop unite along with Joseph et Chloé. Unfortunately, melding the two styles doesn’t entirely work, but their attempt to find inspiration in each other’s art is touching. 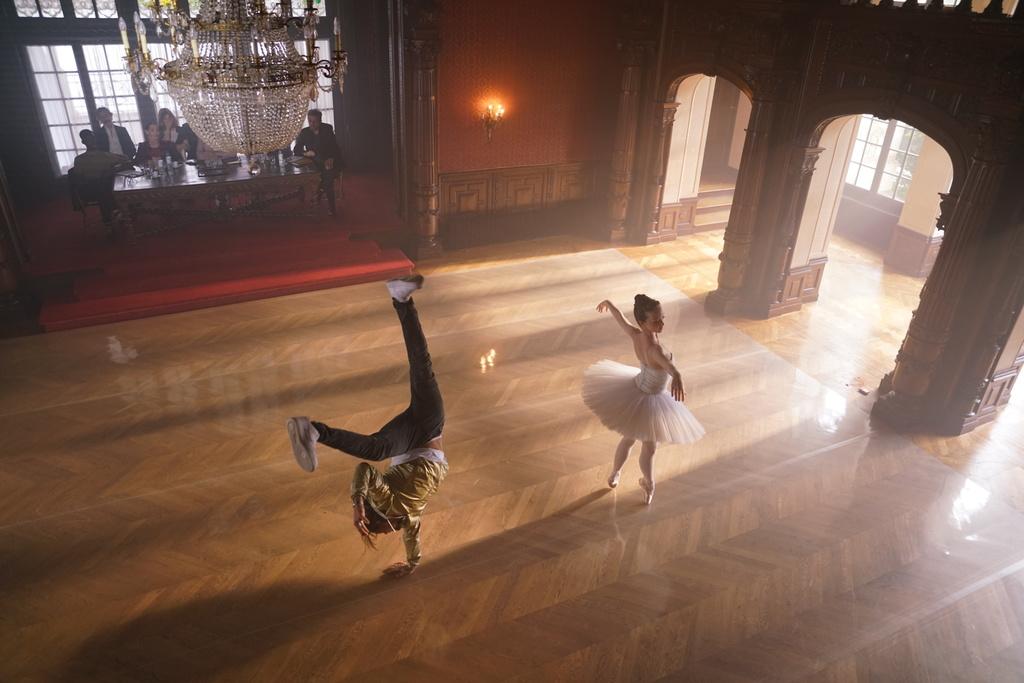 When we think about French film, we might picture a period piece, something philosophical, suggestive, restrained. Just the words “French film” call to mind attractive, highly educated rich people lingering over their apéro, debating the relative merits of Jean Paul Sartre and Simone de Beauvoir—or Monet and Manet or Godard and Truffaut—as the sun seeps from the sky. Maybe they take a break to dive into a lake or have languid sex with a friend’s spouse.

Let’s Dance throws French film stereotypes on their asses. It’s youthful, playful, not too serious, a little bit goofy. The film is a remake of the 2010 British film, StreetDance3D. It’s a PG-rated dramedy about hip hop dancers working with ballet dancers to create something modern and new. It feels a little like a hip-hop after-school special about having an open heart, following dreams and finding inspiration—maybe even love—in unlikely places. It’s about a young man coming to terms with his past to discover the path to his future. The script is clunky, obvious, even cringe-inducing at times, but it’s got great energy and heart. There’s a scene where Remi takes the disheartened Joseph for a walk and shows him how to find inspiration all around him: the pedestrians all burst out into crazy dance moves. I laughed out loud.

Kids and teenagers will love this movie for the energy of beautiful young people dancing, two worlds, two mindsets, two types of dance mingling into something dynamic and just a little bit magic.