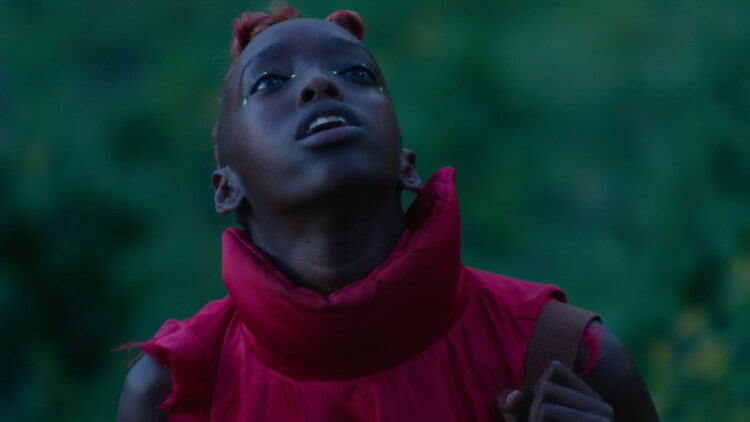 Francophile cinephiles awaiting the upcoming Sundance Film Festival recently took a couple of rough blows. First, on January 5, the festival announced the event would be moving completely online, thanks to the skyrocketing rates of Omicron infections.

Then, on January 10, acclaimed French director Michel Hazanavicius (The Artist) announced he was pulling his zombie film, Final Cut, starring Bérénice Bejo and Romain Duris, from the festival lineup. In a statement, the film’s producers said, “We fully support Sundance’s decision to move the festival to a virtual format, as the safety of audiences and filmmakers is of paramount importance. However, we believe that it is best to premiere Final Cut in a theater with a live audience and have made the difficult decision to remove the film from this year’s festival.”

All that said, there’s much for French film-lovers to look forward to virtually at the beloved fest that will be running this year on your TV screen from January 20-30. Single tickets and packages are available for sale here.

Based on Catherine Léger’s play, the screwball comedy uses rapid-fire dialogue and slapstick to tell the story of a middle-aged sexist (Patrick Hivon) and his long-suffering girlfriend who is the mother of this baby (director Monia Chokri), whose lives are turned upside down by a provocative babysitter (Nadia Tereszkiewicz), who arrives à la Mary Poppins. Playing in the edgy “Midnight Program,” this film “deftly skewers modern sexual mores while putting the screws to middle-class hypocrisy.”

Written and directed by Audrey Diwan, based on the memoir by Annie Ernaux

In Diwan’s timely second feature, which won the Golden Lion at the 2021 Venice Film Festival, Anamaria Vartolomei stars as Anne, a college student in 1963 France desperately trying to terminate a pregnancy at a time when the law makes it nearly impossible to do so.

The Cow Who Sang a Song into the Future

Written and directed by Francisca Alegria

Director Francisca’s short, And the Whole Sky Fit in the Dead Cow’s Eye, won the jury prize for international short at Sundance 2016. In her feature debut, screening in the World Cinema Dramatic Competition, a woman travels to her childhood home in southern Chile, where she is visited by the spirit of her mother, whose suicide haunts the family. Unfolding within a magical world where a dead mother rises from a polluted river and farm animals sing about family secrets, the film is the next step in Alegria’s “ruminative exploration of environmental tragedy, renewal, and resurrection.”

In the drought-ravaged Bolivia Altiplano, an elderly couple debates moving to the city to escape a land that may no longer be suited to human habitation.

While this musical sci-fi hybrid isn’t a French production, co-director Anisia Uzeyman studied drama in France and has worked extensively in French theater and film. Also, the unique film, which debuted to critical acclaim at Cannes, is partly in French—as well as Swahili, Kirundi, and Kinyarwanda! The story of a relationship between a runaway named Neptune and a miner who digs for rare minerals in Rwanda, this Afrofuturist project defies easy categorization. Writer and co-director Saul Williams came to worldwide attention with his debut performance in Slam, the winner of Sundance’s Grand Jury Prize and Cannes’ Caméra d’Or in 1998. Williams has performed as a musician and poet in over 40 countries.

The 14-minute doc explores the mysterious inherited condition of albinism.

In this animated short screening in competition, Jérôme arrives in paradise determined to conquer any obstacles necessary to locate his wife Maryline.

Written and directed by Hu Wei

This doc about a photographer who weaves unique links among nomadic families is a Sundance Anniversary selection from 2014.

Listen to the Beat of our Images

Based on audiovisual archives from the National Center for Space Studies, the short doc gives voice to the six hundred Guianan people displaced when France established its space center in French Guiana.

Makassar Is a City for Football Fans

In a city where men are passionate about their football, Akbar pretends to love the game in order to be accepted by his new college friends.

A drama about 15-year-old Kenza, who dares her 13-year-old brother Mahdi to profess his love for a girl who doesn’t know he exists.

An animated saga of a child lost in the deep jungles of Manchuria whose presence brings anarchy to the fauna’s primitive world.

Written and directed by Danie Bdeir

A Syrian migrant working as a crane operator in Beirut volunteers to cover a shift on one of the most dangerous cranes, where he is able to find his freedom.

On the Morning You Wake (To the End of the World)

The first chapter of this collaborative virtual reality doc series opens on the morning of January 13, 2018, when the population of Hawaii received a startling text message from the state Emergency Management Agency: “BALLISTIC MISSILE THREAT INBOUND TO HAWAI‘I. SEEK IMMEDIATE SHELTER. THIS IS NOT A DRILL.” As cellular communication networks collapsed and panic took hold, 1.4 million people—and their friends and relatives across the globe—came to understand the real and urgent nature of today’s nuclear threat.

This augmented reality experience guides users through the insides of their smartphone, making it possible to see the key minerals and components needed to power their device, exposing the connection between smartphones and the abuse and exploitation linked to mineral extraction in the Democratic Republic of the Congo.

They Dream in my Bones – Insemnopedy II

A dreamy, minimalist scientific fable in black and white, They Dream in My Bones “incorporates the viscerality of textile dynamics with 3D drawings and images shot with a traditional camera. The resulting virtual reality film allows us to explore the metamorphosis of a of a skeleton at the frontier of gender and the human.”