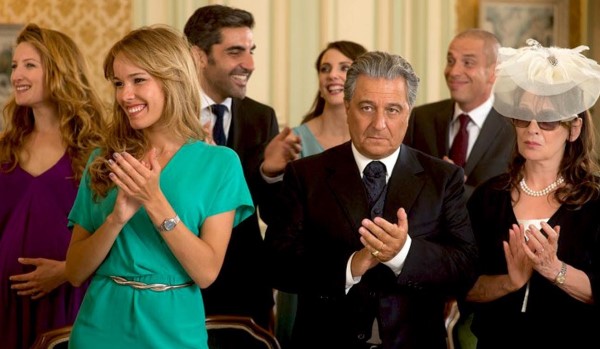 Serial (Bad) Weddings: Why did a Hit French Film Fail to Fly in the US?

With McDonalds and Taylor Swift invading every city from here to Vladyvostok, it’s easy to forget that one country’s entertainment win can be a total fail someplace else. Case in point: Qu’est-ce qu’on a fait au bon dieu, never released in the US under the title Serial (Bad) Weddings.

The French film featuring comic genius Christian Clavier was a blockbuster in its home country selling over 12 million tickets within three weeks of its release and going on to have great success in the rest of continental Europe. Yet when offered to US distributors it was met with a firm “no thank you,” and a UK distributor that had previously committed to it decided not to release it.

“Each film is its own particular case,” says François Truffart, director of the City of Lights, City of Angels annual film festival in Hollywood. The largest French film festival in the world, COL COA is the platform for French films hoping to find an American audience. “Qu’est-ce qu’on a fait au bon dieu is about a very special topic which is racism. The relation between communities — it’s very, very sensitive. It’s very, very complex. You have to understand the situation in different countries.”

The French are credited with inventing cinema and the country continues to boast a robust film industry with a recent study showing they export more films than any other country after the US. 83% of respondents in the same study (which had participants from 14 countries) said they had a favorable opinion of French films. Just 3 years ago, The Artist — a film that despite being filmed in Hollywood was 100% French — walked away from the Oscars with 5 statuettes, including Best Actor, Best Director and Best Picture. So why are French films so hit-or-miss with the US market?

In his job selecting dozens of French films each year to show to an audience of mainly US film professionals and critics, Truffart is used to confronting this challenge. “We try to show every kind of film,” he says, “We think that the diversity of French cinema is maybe one of its most important aspects. We also think we don’t have just one audience — some are into comedy, some are more into art house films,” he continues, adding with a chuckle, “we are very open-minded.”

Truffart says one of his priorities — and a special challenge for him —  is to show as many comedies as possible at the festival. “Comedy is a very respected genre in the US,” he explains, but it isn’t easy to find the right ones. “I would say that more and more French writers, producers and directors try to do more universal comedies than before.”

Perhaps this was the case for Serial (Bad) Weddings, a movie about an “old France” (read racist) couple whose daughters’ marriages to a Jew, an Arab, a Chinese man and an African challenge the limits of their tolerance. One Hollywood Reporter review says the set-up seems promising, but doesn’t deliver. “The majority of the jokes are extremely heavy-handed — the Jew calls the Arab “Arafat” and then is karate-chopped by the Asian; the mother takes Zumba lessons; the family dog accidentally eats a circumcised baby’s foreskin — yet never go as far as they could,” it reads.

The failure of Serial (Bad) Weddings to launch in the US and the UK caused a mini flare-up in the French press, with the film’s promoters blaming anglo-saxon “political correctness.” Meanwhile, a small audience in New York was able to screen it during the In French with English Subtitles festival where it won the audience choice award. Truffart says he thinks the film will be available on Amazon as an import soon but doesn’t expect it ever to reach the kind of audience it had hoped for.  “I don’t think it will have much success commercially,” he says.