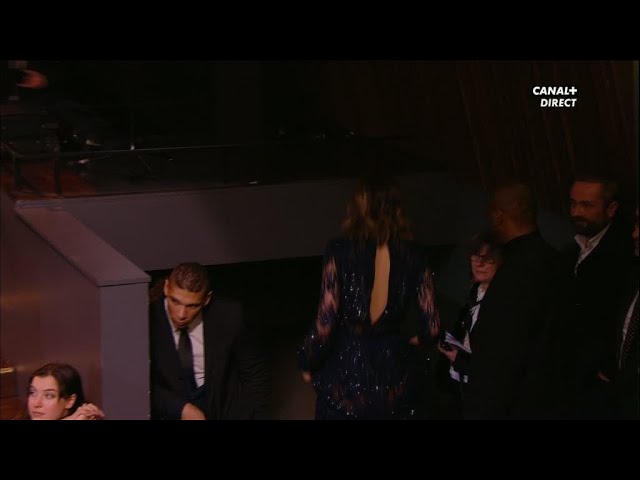 It was an eventful César ceremony for the crème de la crème of French cinema on Friday, February 28, 2020. After a demonstration by feminist activists in front of the Salle Pleyel where the event was held, the evening ended with the award for Best Director going to Roman Polanski for his film J’accuse, which deals with the Dreyfus affair. The filmmaker has plead guilty to having unlawful sex with a 13-year-old girl in the United States, and faces accusations of rape elsewhere

The award provoked the anger of actress Adèle Haenel, who starred in Portrait of a Lady on Fire. She, who had condemned director Christophe Ruggia’s “repeated touching” in November, when she was a teenager, left the theatre in a hurry, shouting “It’s shameful! Shame on him!”, followed shortly afterwards by Céline Sciamma, who wrote and directed Portrait of a Lady on Fire, and the crew of the film. In an interview given to The New York Times, Haenel had said: “Distinguishing Polanski is spitting in the face of all victims. It means raping women isn’t that bad.”

Even the evening’s host, comedian Florence Foresti, said she was “disgusted” in her Instagram story and didn’t want to return to the stage when Ladj Ly won Best Film for Les Misérables.

“Best director for Polanski: the audience is stunned. Silence, embarrassment. The Césars of shame!” Tweeted the association Osez le féminisme. The collective Nous Toutes, which has organized several marches against sexual and sexist violence in France, said on Twitter: “By rewarding Polanski, the academy spits in the faces of victims and sends this message: protection and impunity for rapists continues. So does the culture of rape in French cinema. We are not giving up.”

“Happily Polanski exists and saves cinema from mediocrity! I judge him on his talent and not on his private life. I regret never having worked with him! Long live Roman!”

“I like Roman Polanski very much, so I’m very happy for him. Additionally, not everyone agrees, but long live freedom,” reacted the actress Fanny Ardant, who received the César for best supporting actress. On Thursday, former actress Brigitte Bardot, 85, also gave her support to Polanski, saying she judged him “on his talent and not on his private life.”

Roman Polanski and his film crew, including actor Jean Dujardin who plays the lead, were absent from the ceremony, which they had decided not to attend. Out of twelve nominations, the film came away with three statuettes, including Best Costume Design and Best Adaptation.

This article was published in partnership with Le Point, and first appears on their website.