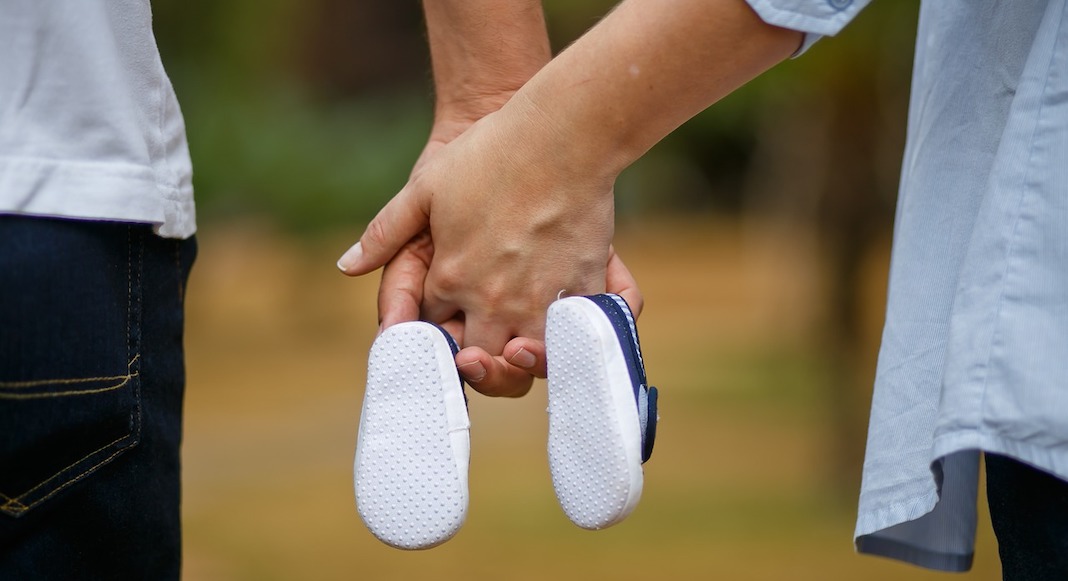 Pregnant in Paris: The Big Day

French Morning English Edition has an announcement: we’re pregnant in Paris! Well, this writer is, anyway. Month by month, you can follow my trek through the quirks, surprises, and reliefs of having a baby in the land of all things unpasteurized. Chime in with stories of your own!

In our most recent Pregnant in Paris, we covered the basics of a French maternity leave, frequent pastry pit stops included. All good things come to an end, or in this case, an end that is most importantly a pretty hefty new beginning.

It all started with a full moon. I promise this isn’t an excuse for tabloid astrology: no, Libras, you shouldn’t be playing the lottery today or rekindling a romance with an old flame. We’re here to talk about having an actual, real life baby. It did, honestly, start with a full moon.

Thankfully, the French – just like their American counterparts – are pretty open to trusting the effects of a full moon, or at least knowing better than to laugh in the face of a nine-month pregnant woman. When I announced that this full moon was coming up and that despite being two full weeks ahead from my due date, it was going to speed things up, I only got a few weird stares.

That’s it for context: Paris, a full moon, and contractions getting closer. Some things are the same wherever you are in the world and contractions during labor seem to be one of them. The American in me had watched What To Expect When You’re Expecting (in French, Ce qui vous attend si vous attendez un enfant, an equally unappealing title) enough times to be ready, birthing ball at hand and patiently waiting for my water to break. I was intent on being more Brooklyn Decker than Elizabeth Banks in my demeanor, doing yoga and meditating until the very last minute. I had read up on the myriad of stateside blogs dealing with natural birth and saying no to the epidural. Here in Paris, I refrained from mentioning my initial idea (keyword: initial, read on) of forgoing the epidural: the very few times I brought it up, it was met with incredulous looks and a simple phrase: “But why would you do that?”

Birthing classes, paid for by the national health system (one point for France!), describe labor step by step and it is pretty much assumed that everyone will go for the epidural. Sure, natural births are gaining traction, but it’s nothing comparable to the phenomenon it has become in the United States. Nevertheless, I had read up on the natural birth delivery room at my (public) hospital, and was looking forward to hours of setting myself into a trance to welcome this baby on my terms.

It (sort of, not really) went as planned. Contractions were getting closer, and here I was calling up my family on FaceTime. They were all together, a six-hour time difference away, but here in spirit. Now imagine a contraction coming up during the call and getting a worried look from your (French) mother: “Ma poule, they’re only going to get worse!”
The French, summarized in one small sentence.

In the United States, I’d be discussing doulas, birth plans, home births and midwives. Some call it new age, others say it’s a return to a more authentic birth experience. Midwives sound like something from the past that has over the years become ‘cool’ again. Having the help of a midwife in the United States isn’t mainstream: it’s a conscious effort to get back in touch with the way having a baby should be.

Over here, in France, midwives lead the way even in public hospitals. If your pregnancy went fine, delivery goes fine, and you’re not having twins (or more), an obstetrician won’t even step into the delivery room. The midwives on call take care of everything, making the overall experience feel much less medical despite taking place in, you know, an actual hospital. Midwives come in all shapes, sizes, and ages: in my case, they were young, twenty-somethings that were all about listening to my needs, wishes and delicately guiding me through the process. I came in announcing that I didn’t want an epidural, and they listened. Two hours later, I was begging for it (you probably guessed that, right?), and they made sure that was what I really wanted before calling the anesthesiologist.

Time to get a little technical: labor doesn’t happen exactly the same in France as in the United States, in terms of medical protocol. In the States, some women push for hours on end. Cue movie scenes of exhausted women, pushing and pushing with sweat dripping down their faces. In France, things go a little differently. The protocol is to let the baby make its way down on its own, for a maximum of two hours, following which future mothers push for a maximum of thirty minutes. Thirty minutes isn’t much, so the goal of the day is to push just right (enter birthing class teachings, if you remember them). A pediatric nurse joins the midwife, and the cheerleading can begin. I might have said yes to the epidural, but I was determined to stick to at least a little something from my faux birth plan: breathing. My pilates breath in place (hey, Brooklyn Decker!), four contractions later, a little girl was born.

Whether in France or in the United States, one thing is sure: having a baby is pretty great. A lengthy maternity leave and medical expenses covered by national health care, however, do make it a lot smoother. Being Pregnant in Paris, for this new momma, was a positive experience. Would I do it again? Well, I’ll consider that the day I start getting a little more sleep at nights. Until then, it’s all about getting used to a new role in life… a Maman in Paris. Narrow sidewalks, smokers (them again), and the social dynamic at the park: let’s save that for next time, shall we?