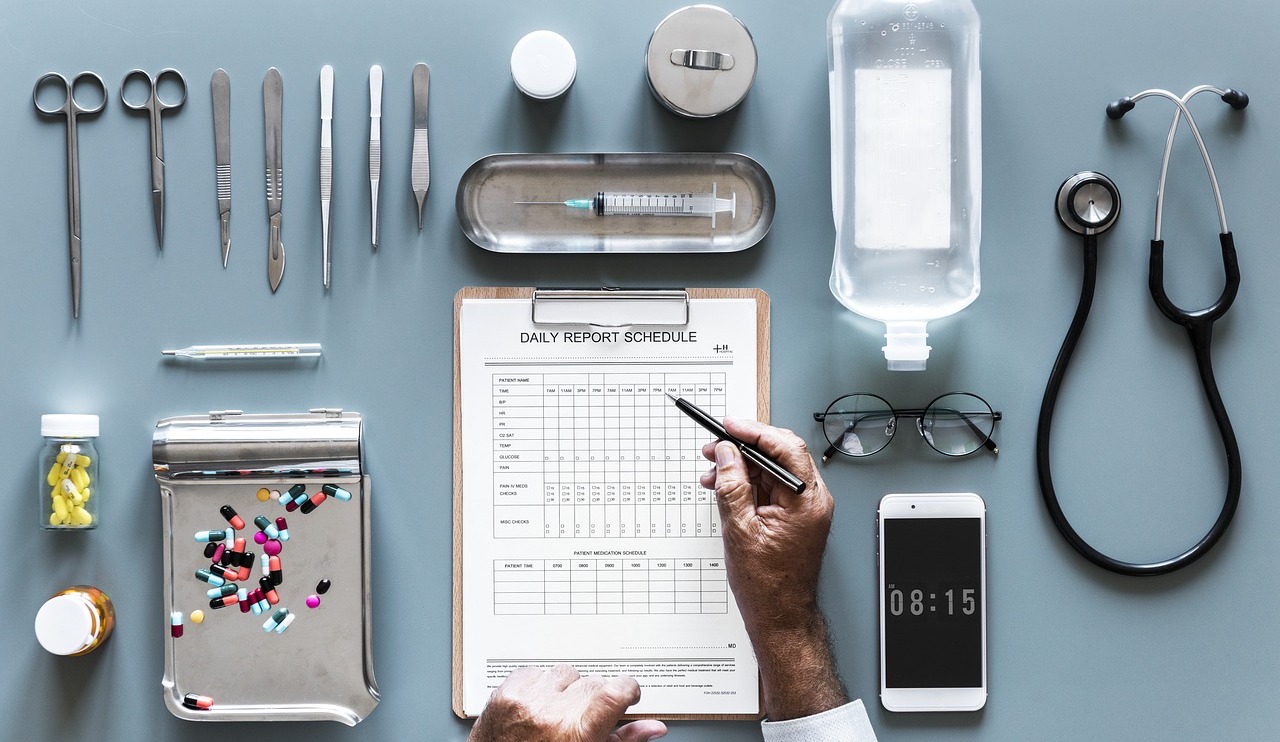 French Morning in English has an announcement: we’re pregnant in Paris! Well, this writer is, anyway. Month by month, you can follow my trek through the quirks, surprises, and reliefs of having a baby in the land of all things unpasteurized. This month, read about the wide-eyed surprise of 8-weeks on, from getting the exciting news to having a first doctor’s visit and a world of (helpful or stressful) French advice. Chime in with your experience in the comments!

Whether in France or in the United States, the great adventure towards parenthood often begins with one small, simple, one-line-or-two pregnancy test. Stateside, neon-lit drugstores make the experience relatively anonymous, where no one might notice the test lodged between a gallon of milk and a bottle of conditioner. In France, where drugstores – called pharmacies – are mom-and-pop type places for the majority, your chances of running into your boss, butcher, or next-door neighbor are clearly higher. So much for confidentiality.

A first piece of advice? If staying under the radar is one of your goals, head outside your neighborhood, and pick out the largest pharmacy you can find. Purchasing not only one plastic-wrapped test but two, three, or maybe several value packs might be a good option as well: from experience, taking the subway across town every day because you want to be really sure there’s an extra line on that test may become a bit tiresome on the long run.

Let’s get to the good news: you’re pregnant! Incroyable, magnifique, you’ve got blood test results to prove it and you’re on your way to your first doctor’s appointment to get technical. For first-time mothers, among which this future maman, a whole new world of questions opens up, and this first appointment is the time to get answers…or in some cases, leave with new questions.

Admittedly, doctors in all countries have varying levels of empathy when they impart wisdom anxious patients. As I quickly found out, opting for a doctor because “she’s been quoted as an expert on public television” doesn’t necessarily ensure high levels of empathy.

Swiftly catapulted from excited pregnant woman to confused student, this first appointment can become a tricky exercise in the art of taking quick notes. One ultrasound every three months, blood test every month, a round of first-month testing, and a reminder to start calling hospitals to sign up for delivery there: if it hadn’t hit me before that I was entering a new realm in the art of organizing your life, well, it definitely hit me then.

Thankfully, universal health care in France covers most expenses during pregnancy, so being pregnant in Paris means that you don’t have to go through the simultaneous calculation of how much is all of this actually going to cost me? Blood work means stepping in and out of the lab without paying a cent, and ultrasounds are reimbursed. With that kind of serenity, it’s only normal that doctors would find other ways to stress us out.

A good excuse to eat all the food… or not.

“You are not going to be eating for two.” So much for a free pass on a pint of ice cream. Suddenly, the worldwide question, “Why do French women stay so slim?”, has an answer: hearing everywhere you go that you really need to watch out for your weight while pregnant. While in the United States, an average weight gain of 25 to 35 pounds during pregnancy is considered healthy, that number is significantly lower in France.

Recommended weight gain here is between 17 and 22 pounds – which amounts to approximately one kilogram per month. At my first doctor’s visit, I was given an official booklet designed to help women know what to expect from how your body will change, to advice on morning sickness, to information on breastfeeding or which formula to pick. Second piece of advice? Don’t read it while you munch on a chocolate bar, or be ready to part with said chocolate bar on page three.

While we can all agree that pregnancy means eating healthy foods and getting your fill of vitamins and protein, feeling guilty for eating a slice of cake shouldn’t be part of the package. Sadly, turning to the chapter in the booklet on “What to Eat” does exactly that. On one page, a colorful message reminds you to “Watch the scale!” and that too much weight gain during pregnancy means you’re going to have a hard time losing it afterwards.

Looking to the next page, I discovered a helpful table of different foods, each bearing a red, yellow or green light next to it. A red light means “food that will surely make you gain weight”…a surefire way to start regretting that morning avocado toast I had just a few hours ago.

At eight weeks, however, it seems fair to say that anything you can keep down is a good food option. One way to ward off nausea? Avoid the Paris subway as much as possible: the smells aren’t an urban legend. Besides, you’ll have many more opportunities to give in to the aroma of warm pain au chocolat wafting from neighborhood bakeries as you walk past (since you will be walking, not taking the subway, as much as your itinerary can handle).

… but I can still eat all the cheese. Right?

American women often wonder whether indulging, for a French future mother, also means the occasional glass of wine and slice of unpasteurized cheese. Looking through Anglophone articles on having a baby in France, one hears of doctors do not frown upon red wine here or there, some even going as far as saying it’s good for you, and anecdotes abound of French women munching raw milk camembert and eating their daily dose of charcuterie.

Sorry to disappoint, readers. In truth, one of the first things I heard from my doctor, and that you would surely hear too if you were pregnant in France is that yes, you should stop drinking alcohol and yes, you should only indulge in cheese that has been pasteurized and meat that’s fully cooked. To be completely honest, I played my joker the weekend I found myself invited to a wedding in a region of France with exceptional cheese, and nobody judged when they saw me sneaking in a slice here or there.

More than a sip of champagne, however, might get you a few sideways glances – just like anywhere else. Let’s debunk the myth: French pregnant women restrict their alcohol intake and make sure not to eat foods that might make them, and their baby, ill. Sound familiar? That’s right, just like in many other countries!

Next month, I’ll go deeper into the French pregnancy rites of passage, including l’annonce officielle, or how to tell your boss that you’ll be away for (at least) four months pretty soon. In the meantime, I’ll be over there, sneaking in a macaron or two between helpings of spinach.