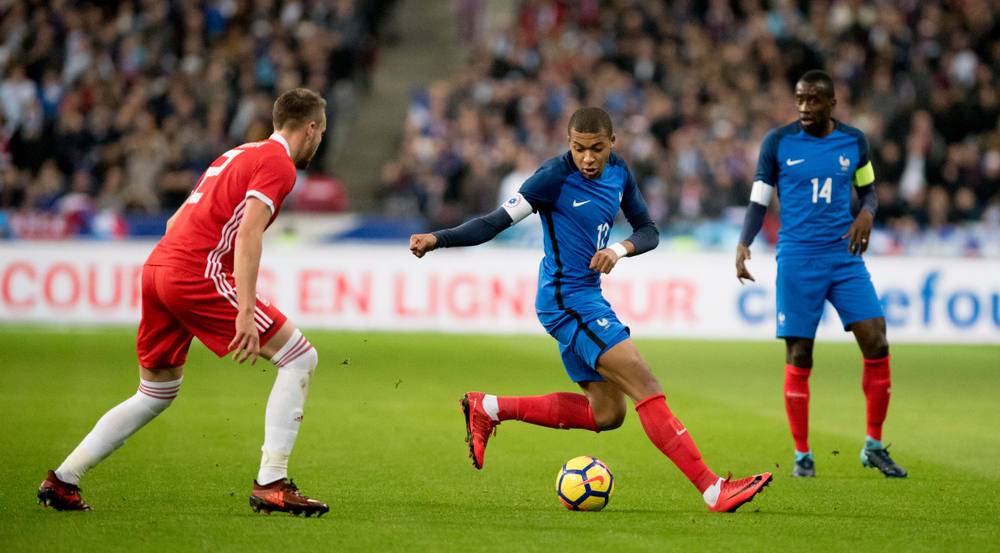 “He bends time and space,” says The New Yorker. He plays like Ronaldo, according to ESPN. The Wall Street Journal calls him a teenage star. The man that everyone is talking about these past few days is Kylian Mbappé, a 19-year-old prodigy who helped Les Bleus qualify for the quarter-finals of the World Cup on Saturday, scoring twice against Argentina. And with his talent on the field and his impressive success story — and who doesn’t love a success story — comes newfound fame in the American media.

The rest of Team France hasn’t been pushed out of the spotlight, they’re getting coverage in the press as well. Since the beginning of the tournament, the media has been intrigued by this team of diverse origins, reminiscent of the “black-blanc-beur,” or “black, white, Arab,” a slogan meant to celebrate the racially diverse, cohesive French team of 1998 that won that year’s World Cup. NPR went to Bondy, Mbappé’s hometown to get a feel for its residents. Despite the mixed reactions and commentary on the “Kylian Mbappé effect” by the residents, NPR correspondent Eleanor Beardsley headlines her report optimistically: “France’s World Cup Team Brings Positive Attention To Suburban Fans.”

The New York Times also visited Bondy for its subject, “Kylian Mbappé and the Boys From the Banlieues,” noting “the vast sprawl of suburbs and satellite towns around Paris, disdained by some as a breeding ground for crime and terrorism, is home to the greatest pool of soccer talent in Europe.” Eight of the 23 players selected by Didier Deschamps are from the suburbs. “This French team, which features a generation of players widely regarded as the country’s best in 20 years and is considered by many to be good enough to win the World Cup, was forged here, in Bondy and the many places like it.”

“On Thursday, when France faced Peru in the World Cup, nine of the fourteen French players who appeared in the match were born in Africa or the French Caribbean or to parents who emigrated from those places,” observed Clint Smith in The New Yorker before the match against Argentina. “The rise of Marine Le Pen, like the rise of Donald Trump in the U.S., has made clear how many people in France don’t want the face of the country to change. France … could go deep into the tournament. If they do, it will be because of the diversity that many French citizens struggle to embrace.”

In The New York Review of Books, American writer Joshua Jelly-Schapiro recounts how Eric Cantona sparked his passion for the French team. Players like Paul Pogba, Antoine Griezmann, and Mbappé (born to a Cameroonian father and an Algerian mother) display exactly the kind of audacious elegance of play that first seduced me while watching Cantona. Their very presence in the team suggests almost limitless possibility, not simply in terms of skill but also, with apologies to Jean-Paul Sartre, of being.”