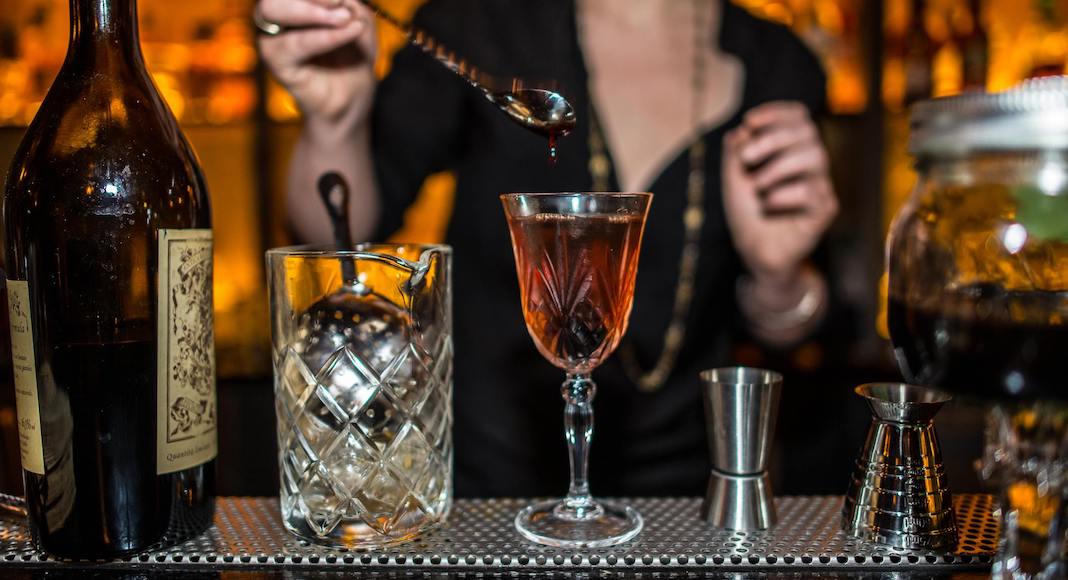 From Speakeasies to Clubs, Where to Go Out in Paris

Most bars in Paris close at 2am (it’s a city that likes to get some shut-eye), but that doesn’t mean that Paris doesn’t have a vibrant—and, at times, kooky—nightlife scene. Unlike in quick turnover cities like New York, Paris is more likely to have a few reliable gems when it comes to clubs rather than a Lazy Susan of rotating hot spots. But these places are reliable because the atmosphere is unique, the music is great, and people love to keep coming back.

Paris is also big on another after hours fad: the speakeasy. Yes, ironically enough—considering France never experienced Prohibition—bars caché have been sprouting up all over Paris, bringing with them a multilayered taste of cocktail culture and all the joys of “in the know” snobbery.

To get into Candelaria, you need to enter an empty taco shop, walk through the freezer door, and enter one of the only places in Paris where tequila is not only available, but it is encouraged. While the guests often err on the side of American, the cocktails are truly fabulous. Just be prepared to spend more than a few euros for the privilege of your privacy. – 52 Rue de Saintonge, 75003

An old standby, Nouveau Casino is the bread and butter of Parisian EDM. While its focus is on the underground, the club has hosted big names from Diplo to M.I.A., and its reputation is world-renowned among club enthusiasts. – 109 Rue Oberkampf, 75011

Another of Paris’ most infamous speakeasies, though this one is greener than Candelaria and located in the hopping Bastille district. Hidden in the back of Da Vito’s pizza shop, Moonshiner‘s theme is American Prohibition (ha!), complete with a separate smoking room in the back and art deco design that’ll send you straight back to one of Zelda Fitzgerald’s New York ragers. Whiskey—particularly bourbon—is another liquor you won’t find a lot of in Paris, at least not for cheap, but Moonshiner, despite its name, carries the American spirit in bulk, and typically pulls from the top shelf. – 5 Rue Sedaine, 75011

Ever wanted to party on a boat? Well, here’s your shot. The uber-hip Concrete is a permanently-docked vessel off the Quai de la Rapée that features two levels of clubbing, three bars, and all-night DJs. The music starts at 11pm and it goes until 10am, an unheard of longevity in a city where even clubs close at 4am. Berlin club scene goers, here’s your spot. – 69, port de la Rapée, 75012

While not quite a club, and not at all a bar caché, Lulu White is perhaps the truest ode to speakeasies of the 1920s. A New Orleans-themed bar named after a famous NOLA call girl and big-time crime dame, there is nothing quite like it in Paris or anywhere else. The atmosphere is convivial, and the bartenders actually care that you get your drink, no matter how packed the bar becomes. Jazz bands play in the evening, and everyone is down to dance. The menu is a sort of history guide, giving a thorough background of Ms. White and her terribly avant-garde consorts. Absinthe is the beverage of choice, and you can order a flight of the green stuff for 20€, or try one of the many absinthe-based cocktails, each named after one of Lulu’s fashionable friends. – 12 Rue Frochot, 75009