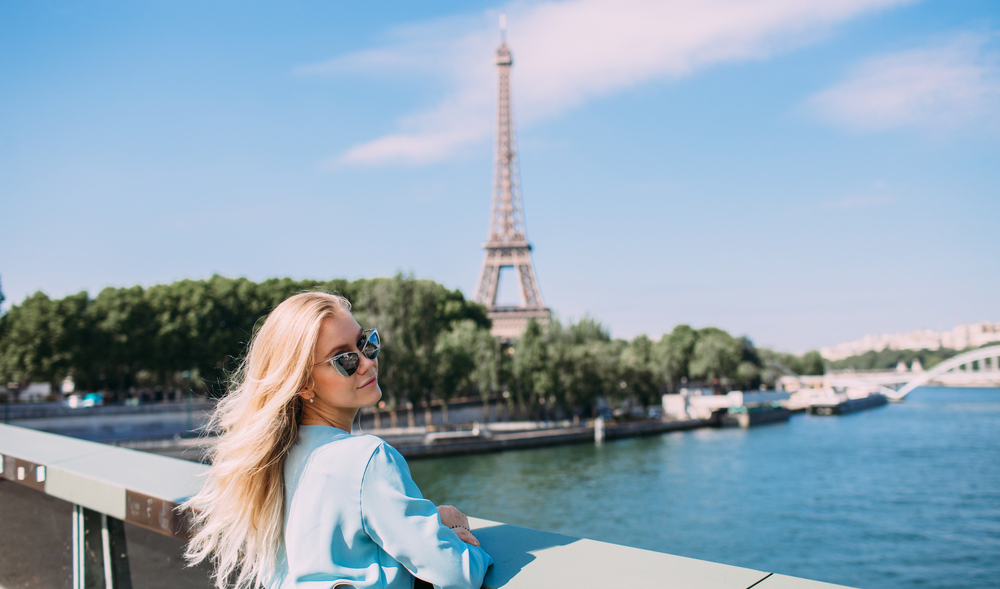 The Essential Principles of Parisian-Chic Style

In Paris, you probably won’t see high fashion at every corner, as you might have imagined. What you do see is charming tastes, chic looks, and stylish wardrobes.

It’s no surprise France is at the forefront of style when you look at the history of French fashion, dating back to the 17th century when Louis XIV introduced ornate dress codes into the royal courts. Today, Paris remains the fashion capital of the world. With its rich history in prevailing fads, it’s important to know the timeless style principles when visiting the capitol.

Workout Clothes are for Working Out

You see it all the time in the US. Women and men at Starbucks, sipping their lattes, sporting the newest Lulu Lemon attire. Where Americans have embraced the sporty look and have no qualms about wearing workout clothes for a good portion of their day, you won’t find a Parisian walking the city streets in yoga pants. In fact, you won’t see them wearing activewear in general (note the girl posing in front of a Nike sign not in activewear). In Paris, workout clothes are worn for one purpose, to workout, nothing more. While certain workout garb can be cute, even sexy, it’s a fashion faux pas in the City of Light.

No Sneakers… Except the Right Kind of Sneakers

Along with activewear being a no in Paris, you might also consider your shoes. You’re not going to find many people rocking functional, athletic sneakers in Paris (re: New Balance, L.L.Bean, Under Armour, etc.). Tourists, yes, locals, not so much. What you will find is the super chic and cute French girl sporting white Adidas (probably Stan Smith’s) with her jeans and fashionable top. Simply wearing plain old functional sneakers, especially with workout clothes, is just for the gym and running in the park!

While many Americans only use scarves for the winter months, Parisians wear them on a yearly basis, in heat, cold, and everything in between. Think of the scarf as your new French best friend. In fact, it’s a subtle way to fit in. Short scarves, long scarves, or tied around the neck, all are welcome. Moreover, scarves can add a splash of color and style to your potentially modest wardrobe. You might feel silly as an American wearing a scarf in the dead heat of the summer, but in Paris, it’s the norm! Find a light and airy scarf that will keep you breathing through the heat. And men, oui, you can and absolutely should wear scarves, too!

Flow is the Way to Go

Flowy, not tight. Major American metropolises like New York tend to favor sharp and tight clothes. It could be a dress, pantsuit, or skirt (we’re talking to the ladies here). You will find that most Parisian women prefer a breezy but beautiful dress code, particularly in the summer months. It’s rare to see a French woman in a skin-tight red dress. Keep it flowy and beautiful and you’ll fit right in. (This is also how French women deal with the whole absence of shorts from their wardrobe. On hot days, loose pants or a maxi dress do just fine.)

Here’s the truth: wearing black on a daily basis in Paris is not essential. In fact, it might make you look more like an outsider. While Parisian dress code may be subtler in tone than American dress code, you see many colors, especially in the warmer months. Be forewarned however, “colors” in Paris-speak does not mean fuchsia pink and orange. While colors are plentiful in everyday wear, they are still soft in hue.

Men can dress chic in Paris, too. Mais, bien sûr. As a Parisian man, dressing elegantly is equally important as it is to their female counterparts. While in the US, men are often ridiculed for dressing with style or “too feminine,” in Paris, les mecs are expected to dress with a bit of swankiness. Be it voguish or everyday wear; Parisian men have found the perfect balance of dressing stylishly while keeping it classic and refined.

If you want to dress like a true Parisian, you must shop like one, too. During July and January, Parisians flock to the sales, les soldes. While larger department stores such as Zara and Mango get infiltrated with tourists, many Parisians prefer to shop at smaller, boutique shops. Prices might be a bit higher, but it’s a matter of taste and investing in staple pieces that will last years. This is not to say that Parisians don’t shop at les grands magasins, however, if given the choice, a boutique store is preferred.