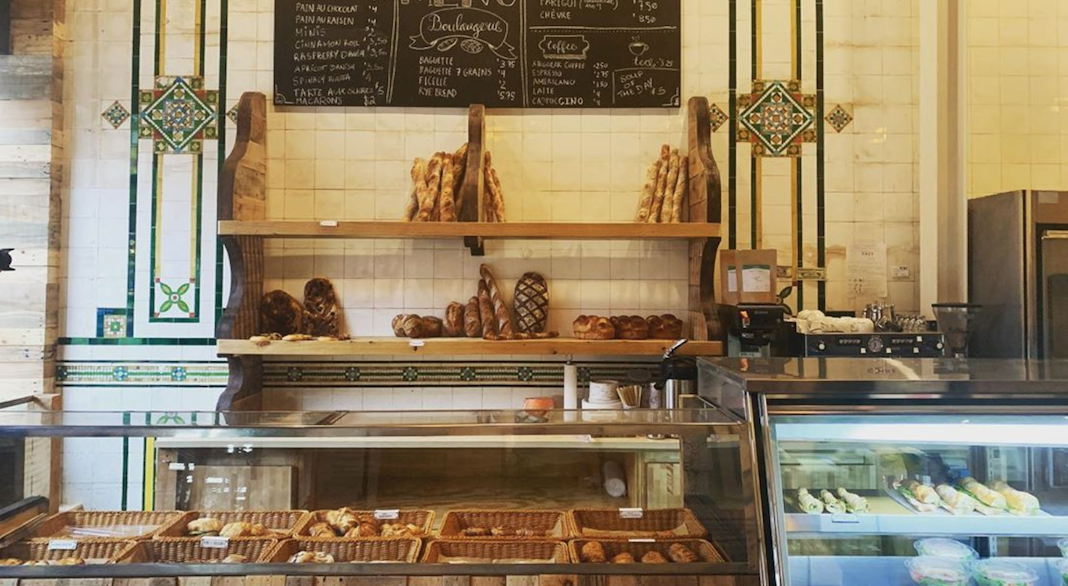 When you arrive in front of Le Fournil, you feel a bit lost. The names “Moishe’s Bake Shop” and “Le Fournil” are both displayed in front. This is no mistake: after more than 40 years in the century-old premises, “Moishe’s” ceded its space to the French bakery opened in November by Jean-François Hebert. And Hebert has not taken the name of his illustrious predecessor off the front. A way of respecting the spirit of preservation of the neighborhood, the East Village.

By opening Le Fournil, the Frenchman from Normandy made his dream a reality. The grandson and son of bakers who have their own establishment in La Haie-du-Puits, Normandy, Hebert had been nurturing the idea of launching a business in New York for years. But he wasn’t always on the right track. “I had been working in the family bakery since I was 11 years old. But my brother and I didn’t want to take over. We were young and saw our family working like dogs.” He chose to go into real estate, but the love of bread eventually caught up with him. “I came to New York as a tourist and thought that this is where I should open my bakery,” he explains, while working the dough for his next batch of breads in the kitchen at the back of the building.

He moved to New York in November 2011. “It was raining, I had five pieces of luggage. I didn’t know where I was…” he recalled. He stayed with a “little 70-year-old lady” who printed out a list of French restaurants in the city for him while sharing “a beer and a cigarette” to help him find a job. He started at the legendary Breton restaurant in Midtown, Le Tout Va Bien, before leaving to work after a year for several French addresses, including Le Cercle Rouge and Café du Soleil. He became manager of the bar at Félix, the TriBeCa, restaurant, for six years.

Today, he is 34 years old. “It was the time to get started,” he says. With Le Fournil, the Frenchman didn’t want to wipe the slate clean. Quite the opposite. The renovation work revealed beautifully colored tiles behind the false walls that the former owner — retired baker Moishe Perl — had installed. Gold leaf is even embedded in some of the patterns. It’s a gem of a detail. Some of the tiles are believed to have come from the New York subway system. At the back of the room, an old machine used to make bagels catches the eye.

In addition to his own bread (baguettes, ficelles) and viennoiseries (croissants, pains au raisin, pain au chocolat, chouquettes…), Hebert continues to sell some pastries from Moishe’s, which was one of the last kosher bakeries in Manhattan. Now that he has realized his dream, the father of two children wants to really his new business. “It’s very rewarding. I have customers who give hugs to thank me,” he says. “I didn’t study baking in a school, but it’s in my blood. I have good family recipes. My father also helps me from afar. I found the passion again, the joy of working with dough.”