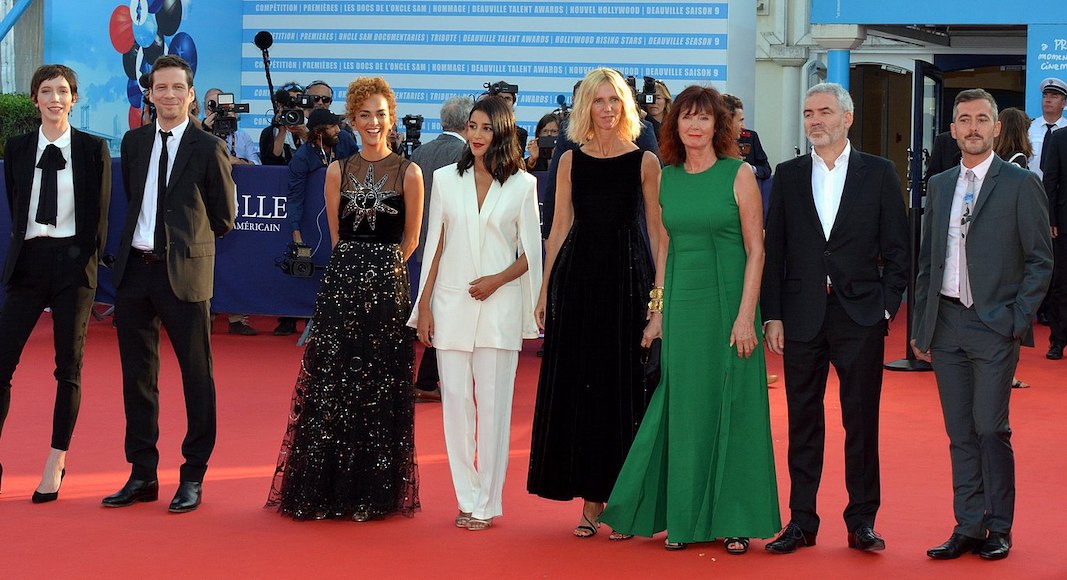 One Year After #MeToo Began, the Deauville Film Festival is Celebrating Women

While the question of women in film constantly persists from press conferences to theater rooms, a famous film festival begins without scandal.

Every year in Normandy, the Deauville American Film Festival celebrates American cinema from independent movies to major studio films. In 1998, the festival paid tribute to Harvey Weinstein. Nineteen years later, it was revealed that Weinstein was a sexual predator and the #MeToo movement was launched to denounce and restrain sexual harassment and assault, in the film and TV industry in particular, in the United States and around the world. Since October 2017, Weinstein has been ostracized from the universe of cinema, Time’s Up has been created, and the goal of representation for women in film, both in front of and behind the camera, has been officially presented as a necessary change. This is particularly true for festivals and film institutes, especially since the eventful 75th Golden Globe Awards at the beginning of the year. Deauville is no exception.

In the middle of the 44th edition of Deauville, a tribute will be paid to Shailene Woodley as a Hollywood rising star. This year, half of the tributes will be paid to women such as Elle Fanning, Sarah Jessica Parker and Kate Beckinsale. Unlike the Cannes Film Festival, Deauville seems to face no controversy in the promotion of gender parity in its program. Halfway through the festival, it’s proven to be exemplary with regards to this issue.

“Even though it is very slow and very recent, things are definitely changing for women in Hollywood thanks to the #MeToo movement,” said Christina Choe, who directed the movie Nancy, a film with a complex female lead, made with a crew comprised of 80% women.

Unlike Cannes, Deauville does not make official announcements with regards to gender parity at the festival but it’s already miles ahead in its actions.

The festival explicitly makes efforts to promote female representation. This year, more than half of its jury is made up of women, with the French actress Sandrine Kiberlain as its President.

Of the 14 films in competition for the Grand Prize, six were directed by women. Nine feature women as central characters. For example, the festival chose the female director Jordana Spiro to present her movie Night Comes On, which tells the story of two black female teenagers trying to grow up in the American foster care system.

Then, of the seven Uncle Sam’s Docs, three were directed by women. Three tell the stories of how women fought sexism to succeed in their lives: Justice Ruth Bader Ginsburg, the singer Whitney Houston, and the filmmaker Alice Guy Blaché.

On the production side, 13 films in competition have one or more female names on their team. In proportion to the total number of presented films, these figures indicate a strong movement in the right direction for gender parity, consider women generally represent 1% of music composers, 4% of directors, 12% of writers and 22% of producers in the film industry.

The only dark cloud in an otherwise impressive push for representation: the absence of women at the head of the festival, which has been criticized this year by the French filmmaker Jacques Audiard. If Deauville addresses this issue next, it could set the example for film festivals around the world, representing a pinnacle of equality.