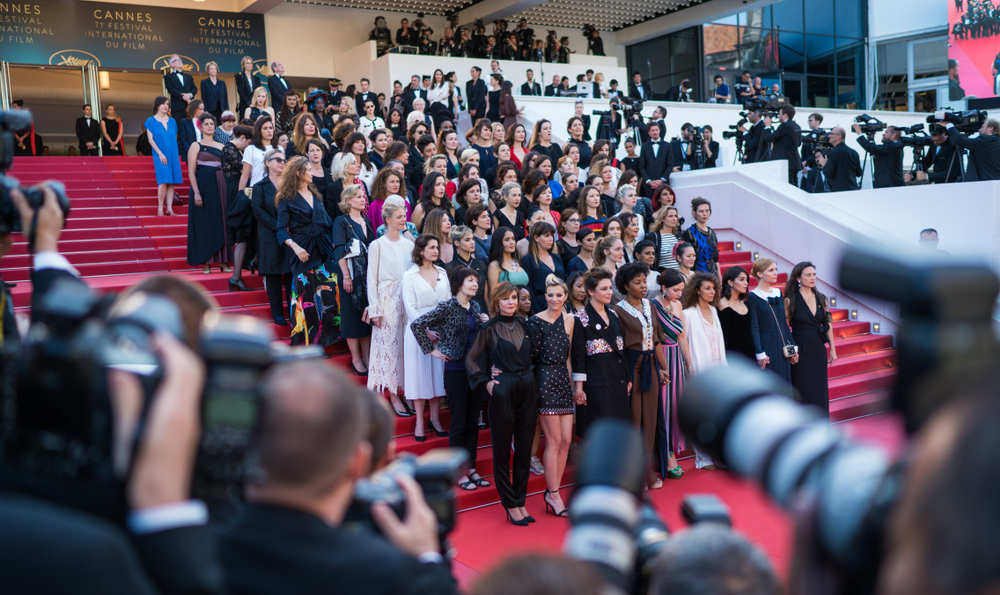 The film event of the year has yet to begin and there’s already no shortage of drama.

Every year in the South of France, the Cannes Film Festival celebrates cinematic achievements and the debuts of spectacular films. For decades, the festival had been a notable playground for producer Harvey Weinstein to sexually harass and assault young women. In reaction to the revelation that Weinstein was a sexual predator, the #MeToo movement started and the heads began to roll. As women (and men) outed harassers, the world of film and TV faced a reckoning: sexual assault and harassment had been rampant in the industry without consequences for too long.

With Weinstein effectively exiled from the world of cinema, and other festivals and cinematic institutions making changes to promote gender parity, the representation of women in film, and respectful behavior — last week the Academy of Motion Picture Arts and Sciences expelled two members convicted of rape, Bill Cosby and Roman Polanski — Cannes has been feeling the pressure to make changes too.

Today, one day before the 71st edition of Cannes begins, the festival’s director, Thierry Fremaux, held an impromptu press conference to address several controversies the festival is facing head on, and talk about the festival’s new initiatives to uplift women and fight sexual harassment.

The jury of the Cannes Film Festival 2018. pic.twitter.com/AAGyxHzv9v

“We want to keep pace with a world that’s changing,” said Fremaux.

The festival has struggled with female representation, both on selection committees and in selected films for the festival. This year, of the 21 films in the running for the grand prize, the Palme d’Or, only three were directed by women. A woman has only ever won the top prize once.

Fremaux also announced that the festival would improve female representation on its selection committees, name more women as jury president, and select more films directed by women. “The cinema has always been in the hands of men,” said Fremaux. “There will be more and more (female filmmakers) in the future.” Aligning with the new gender-parity push, Cate Blanchett is serving as jury president this year.

Though Cannes decided against updating its code of conduct to explicitly outlaw harassment, a hotline for reporting misconduct was created with the help of the French government.

The festival’s organizers are also making on the ground efforts to stop sexual harassment among attendees. Guests have received fliers with an illustration of a bowtie that say “comportement correct exigé,” or “good behavior is required,” with “Don’t ruin the party. Stop harassment” printed in French at the bottom. The hashtag #NeRienLaisserPasser speaks directly to bystanders: “don’t let anything happen.”

Cannes gets in on the #MeToo movement. pic.twitter.com/Ey17KgG52F

Actresses will take a prominent role in the push for female representation at Cannes in several events planned by the festival’s organizers. On Saturday evening, about 100 female filmmakers and actresses will walk up the red carpet. “It will be a march dedicated to the women of cinema,” explained Frameux. Monday’s events will include panels hosted by French feminist organizations, Les Temps Changent and 5050 for 2020.

For a primer on understanding what the Cannes Film Festival is, here’s our guide.