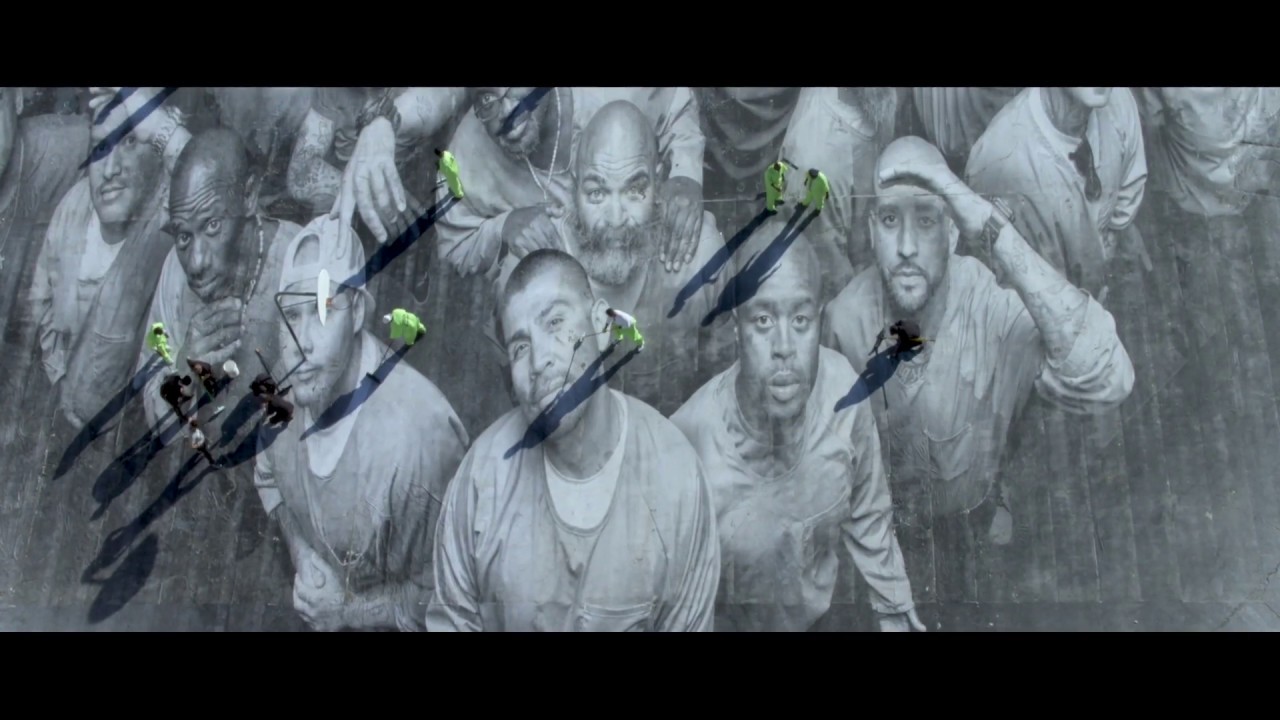 As the world starts to return to some semblance of normalcy, galleries are looking forward to a season when art-starved visitors will once again be able to come together in the appreciation of new works from respected veterans of the art world.

One such mainstay is the French artist JR, known for his large-scale portraits and mixed-media projects. The photographer, who started out as a teenage graffiti artist, has managed to keep his identity under wraps over a career spanning two decades. He was one of Time’s 100 Most Influential People of 2018, has been called the 21st century’s Cartier-Bresson, and collaborated in 2017 with famed French director Agnès Varda on her final film, Faces Places (Visages Villages in French).

JR has two new exhibits coming up this summer through the Pace Gallery. “Eye to the World” will open during London Gallery Weekend at 6 Burlington Gardens and run from Friday, June 4 through Saturday, July 3, 2021. “Tehachapi” will open in New York at 540 West 25th Street, and run from Saturday, June 4, through Saturday, August 21, 2021. An online catalogue of videos, images, and text will be available through Pace’s website for the duration of the exhibits.

“Eye to the World” will highlight portraits from JR’s travels, including works from his ongoing global project called The Wrinkles of the City. Both people and buildings of a certain age get their fair shot, lovingly captured through JR’s lens in celebration of the overlooked subjects who make up a city’s history. (In 2019, he even published a picture book, Wrinkles, to encourage dialogue between children and their elders.) These images are often plastered on the sides of buildings in larger-than-life billboard-style posters, with or without permission, in JR’s guerrilla art trademark style.

“Tehachapi” began in 2019 when JR visited the maximum security prison of the same name in the mountains of California, and began working with inmates to record their stories and their likenesses, eventually pasting their portraits on the walls of the prison yard. In 2020, he returned to paste an enormous image of the Tehachapi mountains on the prison walls, creating a spectacular optical illusion as the image lines up with the real mountain peak.

“JR’s practice is rooted in his deep commitment to collaborating with individuals and communities alike,” reads the Pace Gallery’s press release. “His work is characterised by large-scale photographic interventions in urban environments that address cultural and political issues, often with an emphasis on social justice. Each portrait holds a multitude of stories as JR expertly balances the macroscopic with the microscopic, the individual experience with the universal.”

These new exhibits coincide with JR’s largest solo show, JR: Chronicles, a retrospective of the last 15 years of his career. The show kicked off at the Brooklyn Museum last year before making its way to the Saatchi Gallery in London, where it will also open on June 4.