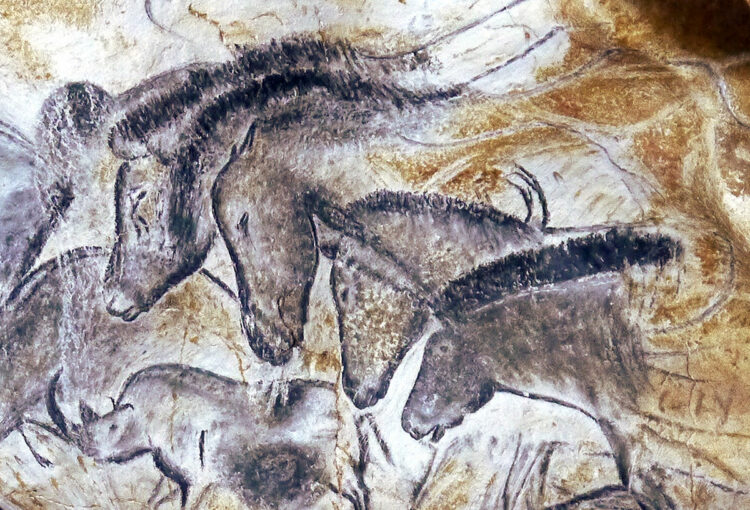 Would you want to visit a fake cave? Isn’t that like going on Disneyland’s Matterhorn ride and saying you’ve been to Switzerland?

In France, the answer is non. The French have created brilliant reproductions of three caves full of prehistoric art, each one so perfect you think you are in the real thing.

Why Reproduce a Cave?

France has dozens of caves, large and small, that are filled with prehistoric art. They date back to humankind’s early days in Europe, when our ancestors were still duking it out with the Neanderthals (spoiler alert: we win.)

France’s most famous cave is Lascaux, discovered in 1940. It quickly became so popular that moisture from visitors’ breath began to damage the delicate paintings. The government closed Lascaux in order to preserve them, creating instead a reproduction so that visitors could still enjoy its art. 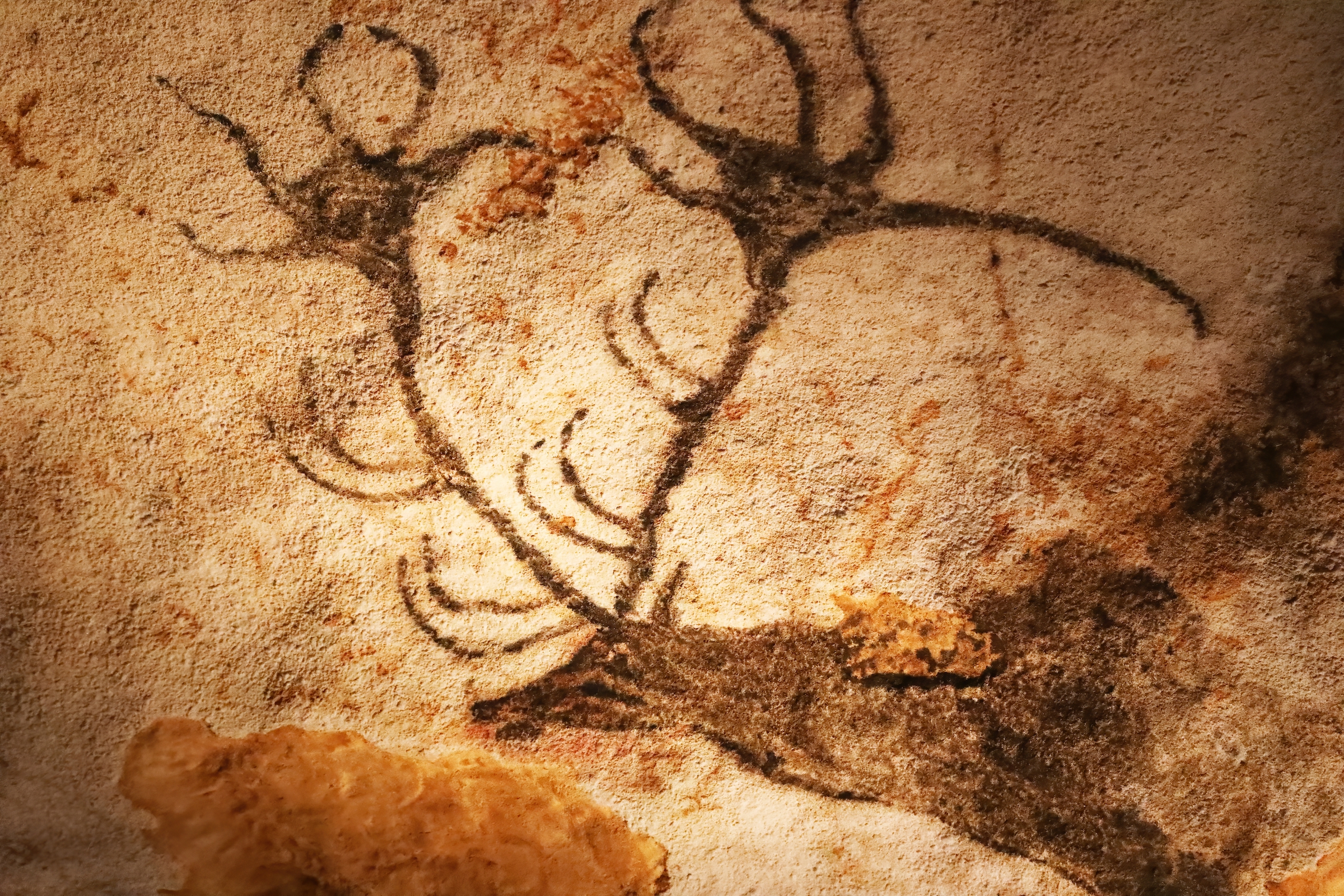 What’s in the Caves?

Prehistoric paintings are like messages from humankind’s distant past. Some date back over 30,000 years, when Europe was vastly different from today—glaciers covered large areas and temperatures were lower, as the Ice Age was still in full force.

The caves hold paintings of many different animals, and some are what you might expect, like horses and deer. But there are also surprising animals—lions and rhinos, even penguins! They are images of a lost world. 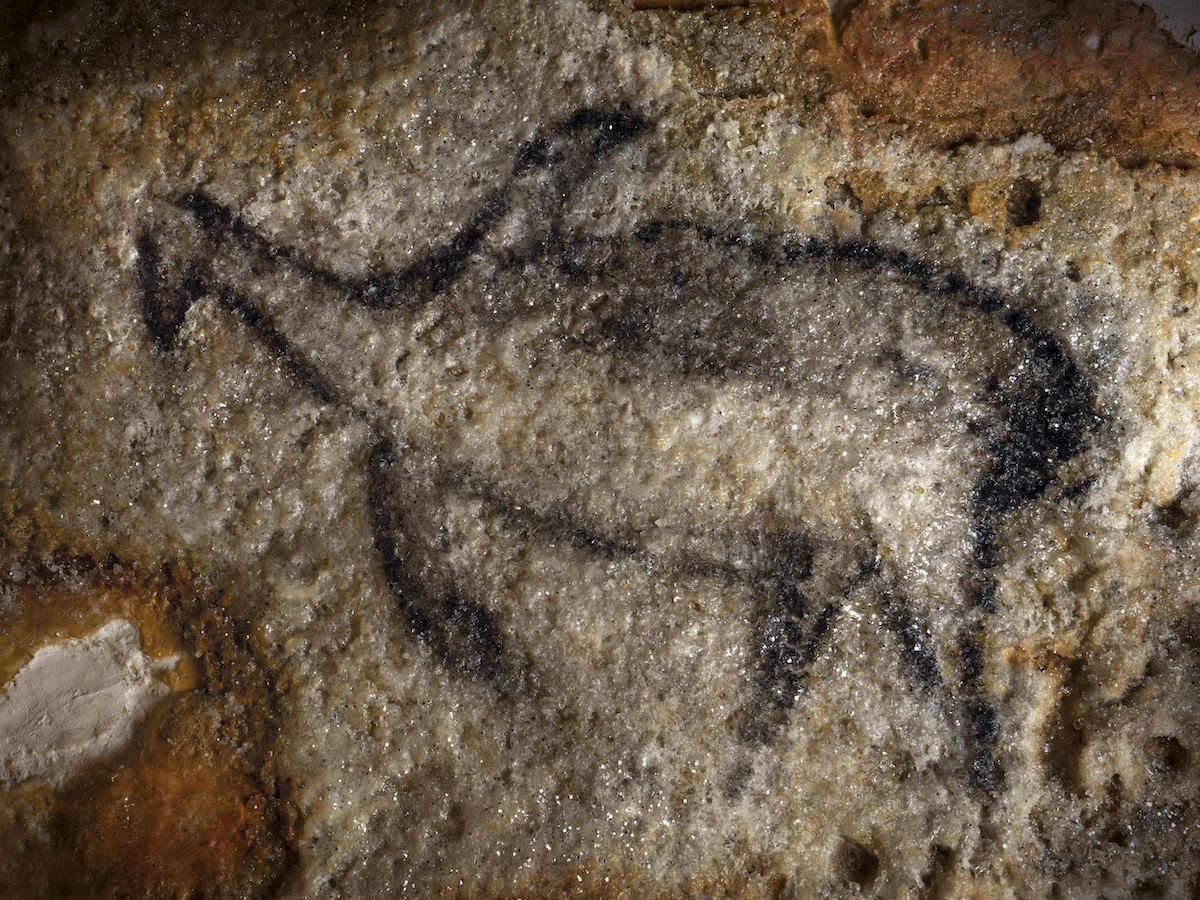 Let’s look at each of these caves, and what it is like to visit them.

Lascaux is a narrow, winding cave that includes several larger chambers, and a guide with a flashlight leads you through them. Some passageways are so tight you have to be careful not to scrape against the rough rock walls. 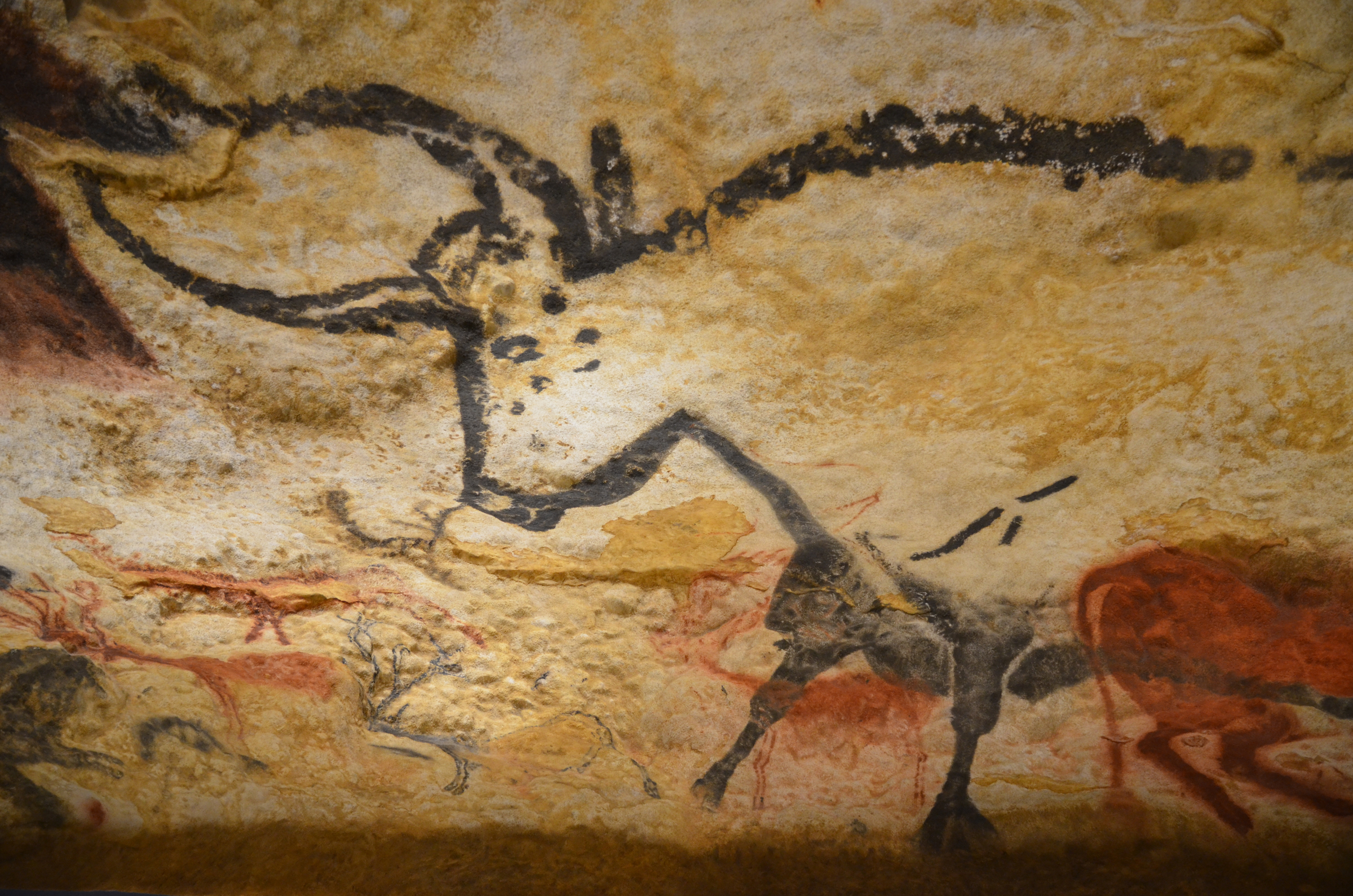 There are hundreds of paintings, some of them surprisingly modern. Picasso himself, after visiting Lascaux, claimed that “we have learned nothing” since the time they were made. 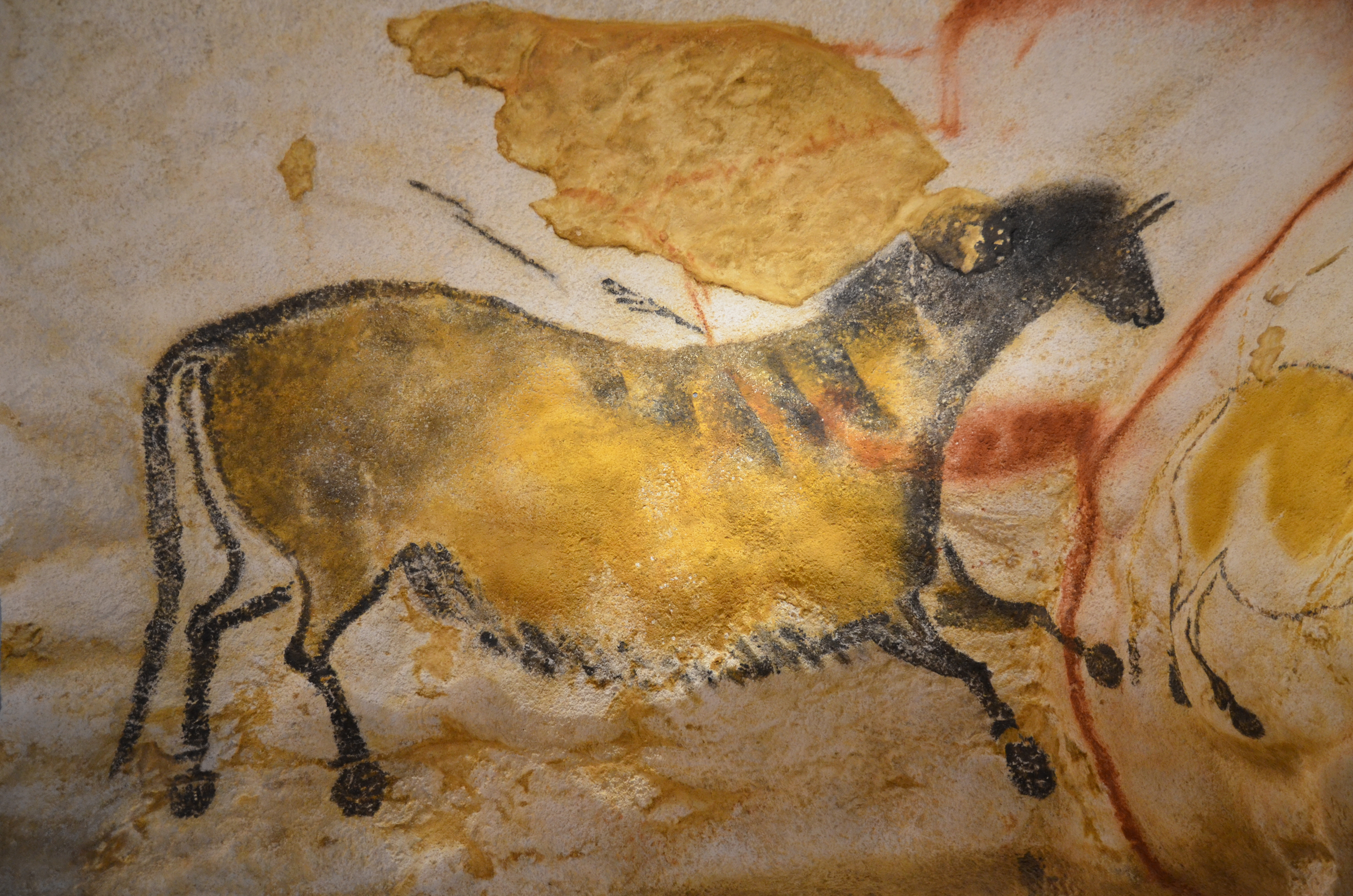 The most stunning part of Lascaux is the large chamber whose ceiling is covered with painting after painting, called the Sistine Chapel of ancient art. It so beautiful it might bring a tear to your eye. Cold is the heart that is not moved by these wonders!

I still remember walking into that cave.  There wasn’t much light and I could barely make out the stalactites, one of them twisting its way all the way down to the floor. As I walked further in, I could see bones scattered about—not human, I hoped. Then I saw bear skulls, arranged in a semi-circle. Spooky! 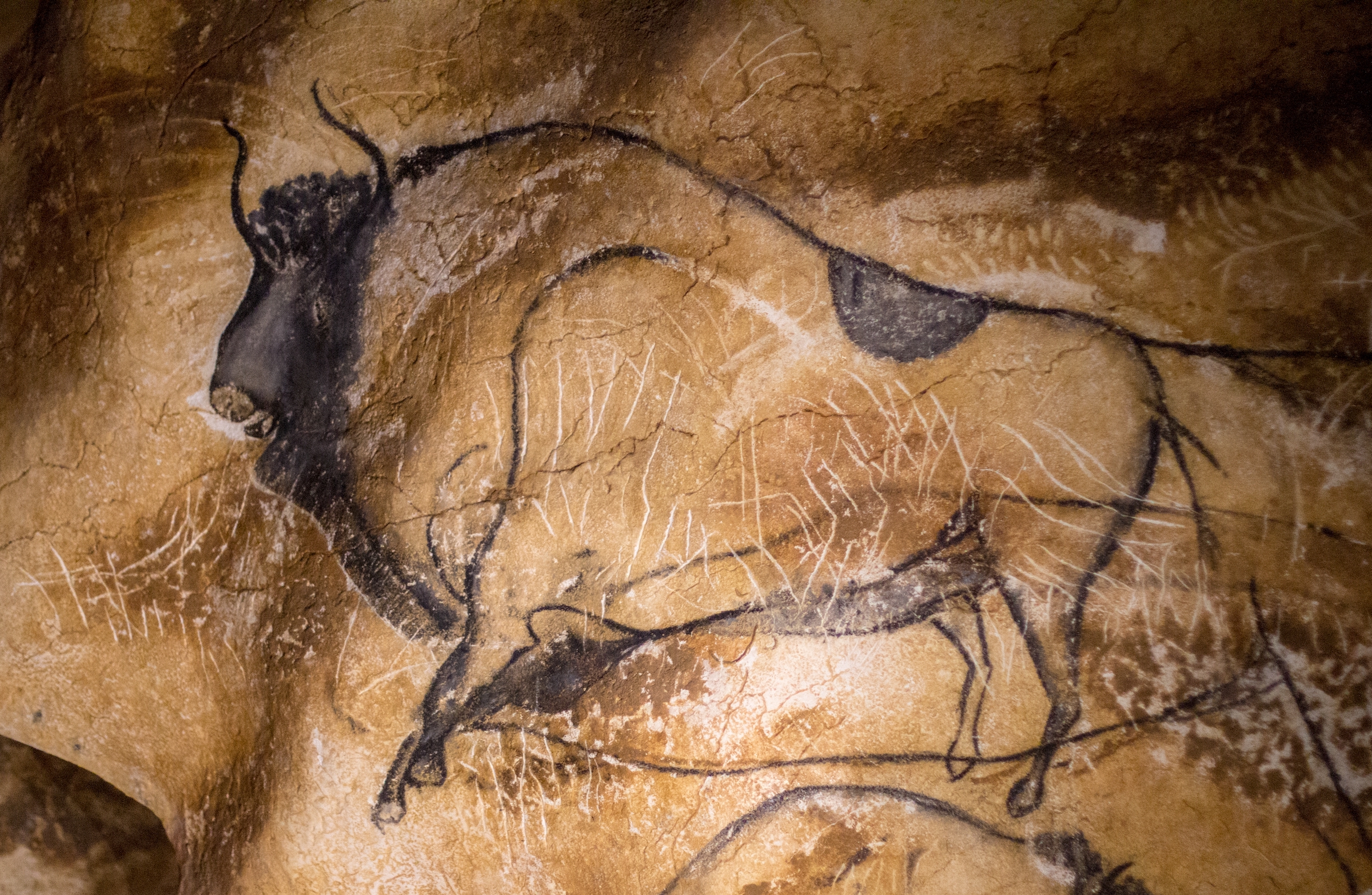 Chauvet is a single large chamber filled with stalagmites and stalactites, as well as its famous paintings. The reproduction is so perfect you feel like you are in a real cave, watching your step even as you admire the art. 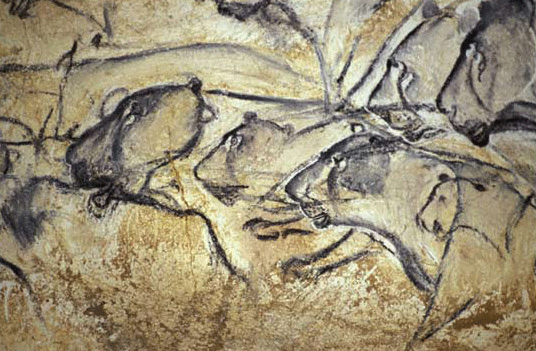 The paintings are in various places, and you are led through the semi-darkness until you arrive at one of these spots, where your guide turns on a light so you can admire them.

While the real cave is off-limits to the public, filmmaker Werner Herzog has been allowed in. His resulting documentary, The Cave of Forgotten Dreams, is a masterpiece.

The story of how this cave was discovered is almost as interesting as the cave itself.

Henri Cosquer was a professional diver who led underwater tours near Marseille. In his spare time, he liked to explore the nooks and crannies of the rugged coastline.

One day, Cosquer noticed an underwater passageway that he decided to investigate. It led to a web of tunnels that took many dives to explore, until one day he surfaced inside a cave filled with stalagmites and stalactites.

As he swam through it, he was stunned to find a human handprint on a wall, then paintings of animals. Cosquer realized that he had stumbled onto a set of prehistoric cave paintings, lost to the world for thousands of years. What is today an underwater passageway was once above ground, back when sea levels were lower during the Ice Age. That allowed our ancestors to walk into it.

Because the real cave is partly filled with water, today’s visitors travel through its reproduction on small electric vehicles. The cave is highly realistic, with stalagmites and paintings and the sound of dripping water. As you move through it, your vehicle turns this way and that in concert with an audio guide, to give you the best view of what is being described.

Lascaux website. Lascaux is located in southwest France, near the town of Les Eyzies.