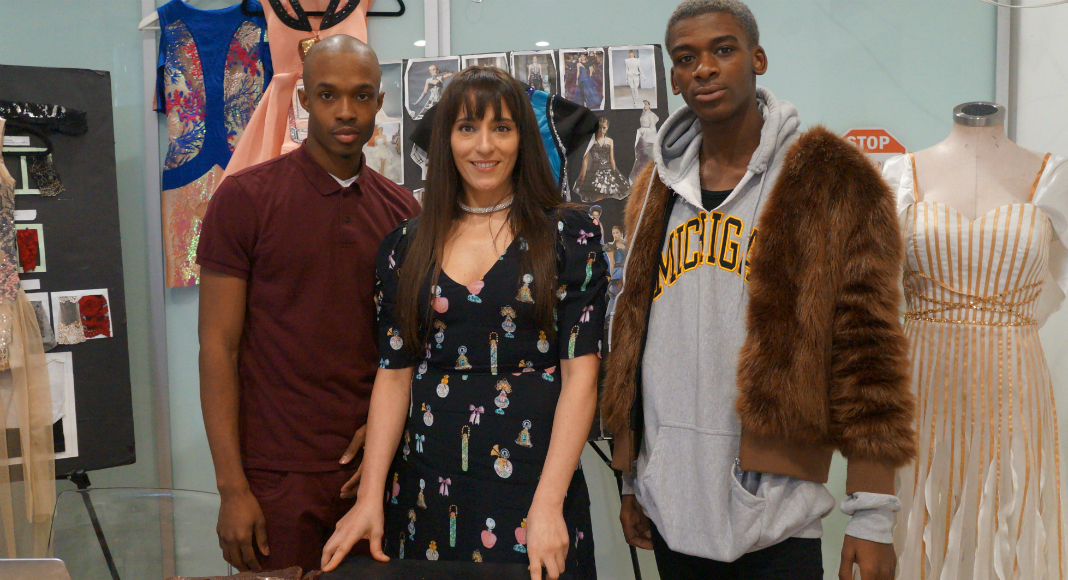 Myriam Chalek, Addressing #MeToo and Fashion for People with Disabilities

Raw and detailed accounts of sexual assaults and rapes. A runway show like no other, the #MeToo Fashion Show was held in New York City as part of Fashion Week on February 9th. During the event, the models spoke directly to the public about their experiences. At their side, their attackers were symbolically represented by handcuffed men wearing a pig mask, a nod to the hashtag #balancetonporc (squeal on your pig).

Behind this production is Myriam Chalek, founder of the fashion website American Wardrobe. This young Franco-Algerian entrepreneur wants to challenge opinions. “I think I have the opportunity to create change,” says Chalek in her workshop in Manhattan. “As a fashion designer, I have a platform and I saw no other options but to use this platform to give marginalized and forgotten women the opportunity to be heard.”

This is not the first time that the thirty-something designer has used this platform. For several years now, the woman who moved to New York at the age of 23 has been developing alternative fashion shows.

In 2014, while working with designers, she grew tired of seeing the same type of models, tall and slender. She decided to go in the opposite direction and developed the International Dwarf Fashion Show, an event honoring people no taller than 4’3″.

In three years, her show of women of small stature has travelled between Paris, Dubai, Tokyo, and New York. “We’re getting applications from all over the world now,” she says. Chalek has also created a fashion show for blind people; the next edition will take place in May in Dubai.

For this young woman from Seine Saint-Denis, a suburb of Paris, it’s about promoting tolerance in the face of physical differences. “Usually, you don’t see 3’11” people on the runway, let alone the blind,” explains Chalek, proud to restore some equality in an environment where she believes there’s too much discrimination. “I want to show society that these people, despite their disability, are capable of doing whatever someone who sees or who measures 5’8″ can do,” she insists.

In March, Little Women Fashion, a showroom dedicated to dwarf women, will open in her New York atelier. “For the time being, we intend to offer haute couture to a female clientele, but we would like to extend the market to men as soon as possible.”