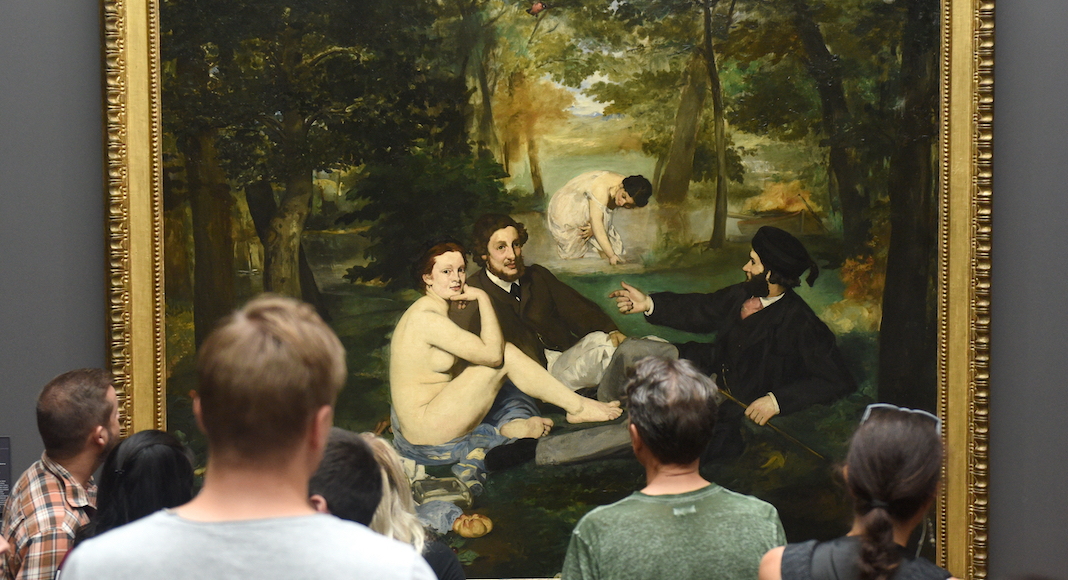 More Than A Muse: The Women Artists Who Inspired Your Favorite Paintings

“The muse in her purest aspect is the feminine part of the male artist, with which he must have intercourse if he is to bring into being a new work. She is the anima to his animus, the yin to his yang, except that, in a reversal of gender roles, she penetrates or inspires him and he gestates and brings forth, from the womb of the mind.” So explains Germaine Greer’s in a 2008 essay in The Guardian called, “The role of the artist’s muse.”

When Renaissance painters were dotting their canvases with apples and pears, no one talked about how much a particular piece of fruit was essential to the artist’s life and work. But in the several other periods of art that relied heavily on human bodies as both object and subject we see a particular obsession with “the muse,” a figure, generally female, who supports the artist both by sitting for paintings or sculptures or photographs, as well as by satisfying him as a sexual partner. But what happens when the muse is also an artist? Well, they tend to be trampled underfoot, blacklisted, plagiarized, or outright stolen from.

A famous poster from the feminist arts collective Guerilla Girls from 1989 asks the question: “Do Women Have To Be Naked To Get Into the Met Museum?,” citing that 85% of nude artworks on display feature women, while only 5% of artists featured in the museum’s modern art section are women. This hasn’t changed much, as according to a recent NMWA survey, out of 18 major U.S. art museums, 87% of artworks shown are by men. And their portraits of women haven’t gone anywhere.

One of the most famous nude portraits of the mid-19th century was Édouard Manet’s Olympia, a scandalous and captivating portrait of a sex worker whose likeness was inspired by Manet’s favorite muse, Victorine Meurent. Meurent showed her work at the Paris Salon, even managing to be selected in 1876, a year that Manet was rejected. She was dismissed by history as a drunk and a prostitute who died young, but more recent retrospection has found much of this to be unlikely, even going so far as to say that she may not have been sexually involved with Manet at all.

Pablo Picasso kept at least two spectacular women artists under his thumb: Dora Maar and Françoise Gilot. Maar was a photographer and one of the most innovative of the Surrealists, briefly sharing a studio with Brassaï before meeting Picasso, who was almost twice her age, and beginning a 9-year stint as his mistress and collaborator. She worked with him on the iconic Guernica, and posed as his model for The Weeping Woman. Disapproving of her photography as a “lesser art,” he encouraged her to paint, cornering her into Cubism, a field he already dominated, and out of the medium in which she naturally shone. After separating from the physically and emotionally abusive Picasso, she endured a nervous breakdown and electroshock therapy before becoming a recluse until the end of her days.

Gilot encountered Picasso when he was three times her age, and went on to become his partner, assistant, student, and mother of two of his children. She is most recognizably depicted in Picasso’s La Femme-Fleur, as a plant come to life. She achieved infamy with her memoir, Life With Picasso, which was bashed and ridiculed by his contemporaries, and resulted in Picasso cutting off her two children. It paints a picture of a cruel artist who viewed women as either “goddesses or doormats,” and who was likely more influenced by Gilot than she was by him. Her watercolors, monotypes, and ceramics remain prized works of art, and at 99, she has outlived both Picasso and his attempts to destroy her career.

Last but not least, one of the most famous artist-muses is Camille Claudel, the sculptor and artist taken under the wing of celebrated French sculptor Auguste Rodin when she was 19, and he, 42. His most talented student, assistant, and eventual lover, Claudel received accolades in her life but still struggled to receive funding for her work after ending her relationship with Rodin, who actively worked to prevent her success. She destroyed much of her work and accused him of stealing her ideas, before being placed in a mental asylum for the last 30 years of her life. Only 90 pieces of her work remain, and still most accounts of her life focus more on Rodin than they do on her.

A 2017 BBC article says of Claudel’s work: “Unlike Rodin, however, there is little that’s overtly sexual in their content. Rather they have a hushed, interior and rather melancholic presence, corresponding  well with their small, intimate scale.”

Even when we applaud female artists, especially muses, it is always in comparison, always as a shadow to a larger, more grandiose body of work. It is “hushed,” “intimate,” what one would expect from a woman. It is, quite literally, smaller in scale.

But perhaps if we stop trying to fit these inspiring women into frames, we will be able to see their work in its full scope. No woman deserves to be cast in bronze while still alive, nor do they deserve to be reduced to a “muse,” or as Greer put it so succinctly: “part of the male artist.”