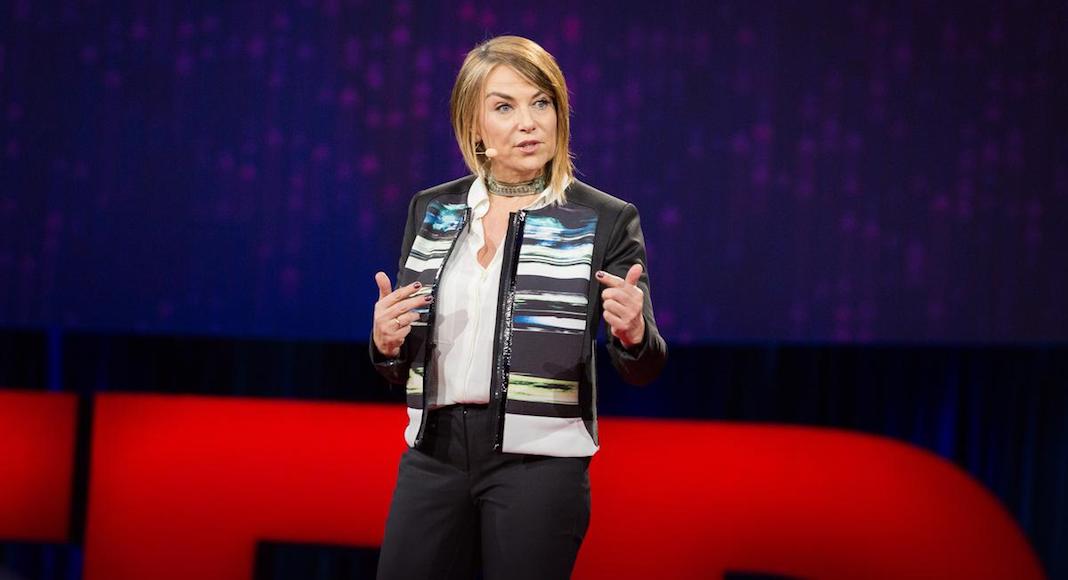 “Monogamy has Changed”: Esther Perel, the Belgian Woman Talking to Americans about Sex

Esther Perel is without a doubt the most famous Belgian in the United States. The psychotherapist, nicknamed “the sex guru,” has become the go-to reference in the American media on the issue of relationships and sexuality, thanks to her straightforward style.

This 60-year-old New Yorker doesn’t just convey her expertise on TV sets, in magazines, in her podcast “Where Should We Begin?”, or in her TEDTalk that’s accumulated 20 million views on YouTube. Despite her fame, she continues to see patients two days a week in her office on 5th Avenue, in the heart of Manhattan, while working with businesses. When she’s not in a consultation, this relationship guru — who speaks nine languages, writes books, gives conferences around the world — is busy responding “to a demand from the next generation who are interested in plural models.”

She will soon be on the West Coast, for a presentation on the future of love on Saturday, May 26 in Santa Cruz, and to participate in the “Women Teach Men” conference on July 20-22 in Ojai.

Giving complexity back to infidelity

Having studied couples for 35 years through the prism of societal and cultural change, Perel has long been interested in migrant couples, interracial couples, and couples who have experienced a change of political regime. It’s an interest inherited from her past: her parents, Polish immigrants, were survivors of Nazi concentration camps.

She also made infidelity the subject of her second book, “The State of Affairs: Rethinking Infidelity” (“Je t’aime, je te trompe” in French), which has sold nearly 50,000 copies in the United States. “It took me 10 days to find the right words for the French version,” she admits.

It was the Monica Lewinski affair, which shook America in the late 1990s, that prompted her to explore this aspect further. “In the United States, we find it acceptable to divorce several times, but if there’s a transgression in marriage, you’re considered a deviant,” explains Perel.

Her hypothesis is off the beaten track. “I am interested in couples who are in stable and satisfying relationships, but have infidelities,” she describes. “Over 2,000 couples volunteered for (non-confidential) sessions, providing a new look at infidelity.” One particularly new case was of a married man who cheated on his wife who no longer recognized him because of her Alzheimer’s. “Many people don’t want to deceive their partner, but rather who they’ve become. They’re looking for a new ‘me.'”

Without hesitation, she de-dramatizes situations, diverting the blame on the increasingly higher expectations that rest on couples. “Young people are nomads from 14 to 28 years old. Not to mention that apps (such as Tinder) have created and fueled doubts. Our relationships must then become more extraordinary than any other. Then, they can’t imagine infidelity, which compares to a loss of identity.”

But do not believe in complacency on Perel’s part: “I am neither in judgment nor in approval.” It’s a justification that is more often repeated with the American audience, who sometimes associate her Flemish accent with a laissez-faire on sexual matters, especially when she talks about fidelity.

However, her colleagues are not all on her side with this one: “some think that I legitimize infidelity.” She gives the example of a patient who is obsessed with her husband’s mistress. To materialize this feeling, Perel suggested that she create an altar dedicated to the mistress at home. “Psychotherapists accused me of re-traumatizing her.”

“In the United States, infidelity is wrong. In France, it hurts.”

Influenced by her two-culture background, the sexologist likes to compare the impacts of deception on her fellow citizens. “For Americans, infidelity is wrong. In France, it hurts. There is a moral element more present in Anglo-Saxon culture than in Latin culture where infidelity is experienced not only as a betrayal, but as the expression of an existential dilemma between love and desire,” she explains. Perel also notices different approaches in therapy: “In the United States, transparency is the key to redemption, while in Europe, we have more respect for the unsaid.”

Inexhaustible on this subject, this petulant researcher now takes on a new theme “launched by the MeToo movement” that “has heightened tensions, and liberated speech”: the future of masculinity. “Women have spent 50 years thinking about who they are. The 21st century will be the century of the change of man,” she assures. She has already organized six conferences on models of human socialization. No doubt everyone’s favorite sexologist will continue to loosen America’s punishing grip on infidelity.