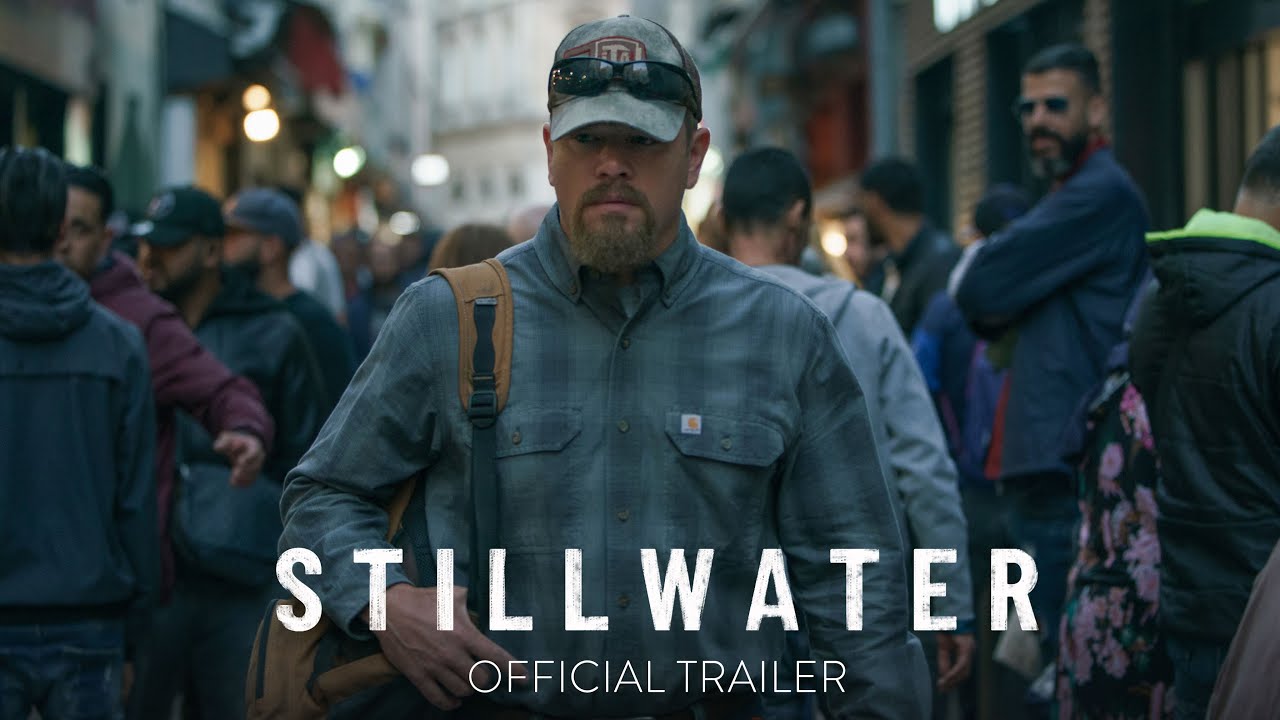 Things have been coming up roses for Camille Cottin, the French actress who rose to the status of cult icon in Netflix’s international hit Call My Agent! Following roles in Killing Eve and Mouche (the French adaptation of Fleabag), she is set to appear in the highly-anticipated House of Gucci biopic alongside Lady Gaga and Adam Driver. But this week, she made her Hollywood debut starring alongside Matt Damon in Stillwater. Set in Marseille, the French-American collaboration follows Damon’s Bill Baker, an All-American roughneck from Stillwater, Oklahoma, as he struggles to exonerate his college-aged daughter Allison (Abigail Breslin), who has been imprisoned in France for five years for the murder of her girlfriend, Lina.

If the story sounds familiar, there’s a reason. Director Tom McCarthy cited as his inspiration the story of Amanda Knox, the American college student wrongly imprisoned in Italy while on foreign exchange for the murder of her roommate, Meredith Kercher. Knox spent almost four years in an Italian prison before being acquitted, and spoke out against Stillwater in a recent tweet, claiming that the film profited off of her story without her consent.

Controversy aside, the film takes an interesting approach to Franco-American relations. As recent media has proven, Paris is for glamor, but Marseille is for grit. And as rough as the gun-toting, tool-wielding Bill Baker is, he is no match for Marseille’s harsher corners. Baker seems to be designed as the ultimate caricature of what a French person imagines when they think of America: he owns a Glock, prays over drive-thru fast food, and plays Sammi Smith while driving down long country roads. And, of course, he doesn’t speak a word of French. You won’t even catch him attempting a simple “merci.”

So when Baker sets off on a wild goose chase after an unknown young man his daughter claims is the real murderer, he finds himself in need of a translator. Virginie, played by Cottin, is a stage actress and single mom who takes Baker under her wing. A far cry from the tough, sharp-tongued roles she is known for, Virginie shows a lighter, more joyful side of Cottin, one that is nonetheless magnetic and a pleasure to watch.

One of the things Virginie constantly reminds Bill of is the fact that he “doesn’t understand how things work around here.” Marseille, a cultural melting pot with many diverse corners, is depicted as a place where non-locals should be wary. People take care of their own, and don’t take kindly to strangers. When Bill pushes locals for information or steps onto the wrong turf, he is met with silence, derision, and even violence.

Of course, there are plenty of digs at Bill’s perceived American ignorance. Virginie’s director, Renaud, upon learning that he owns guns, jokes that it must be part of the culture, but that, “Culture is such a broad concept.” A professor from Allison’s exchange program says to Bill, “There’s a lot of resentments towards the cultural elite. But I’m sure you’re aware of that.” And of course, one of Virginie’s friends can’t help but demand to know if he voted for Trump. (Conveniently, he admits that he can’t vote because of a criminal record.)

Another American stereotype that comes up is that, because he is American, Bill must have a lot of money, quite an insult for the unemployed and indebted blue collar worker. When Allison’s former professor refers to her as a “rich American student,” Bill corrects him, saying that she grew up poor, and the professor tries to smooth it over by saying he meant “educated.” It’s an interesting assumption to unpack, given Bill’s down-home appearance, and part of a two-pronged, somewhat contradictory idea: that Americans must be both stupid and rich, presumably tripping blindly into all that assumed national wealth, free for the taking.

But for all of the differences between Oklahoma and Marseille, the film also does a great job of subtly hinting at their similarities. In the first few minutes of the movie, Bill drives by oil rigs in Oklahoma, which moments later are replaced by industrial ports in Marseille, the first shot we see of the city. A racist bar owner complaining about Arab kids in France tells Bill that Americans have “the same problem with the Mexicans.” Bill and Virginie’s daughter, Maya, watch a dumb French game show he can already tell her the format of, it’s so similar to something he might watch in the U.S. The point of the film isn’t that France and the U.S. are so irreconcilably different… it’s that they share more than they would like to admit.

Stillwater rides along at a pretty meandering pace for much of its two-hour and twenty-minute run, often melancholy, occasionally bright, but generally ominous, before a sharp left turn near the end that takes viewers onto a very dark and unexpected road. Solid performances from Damon and Cottin (and from a perfectly awkward and uncomfortable Breslin) carry this slightly unbalanced story to its grim finish.