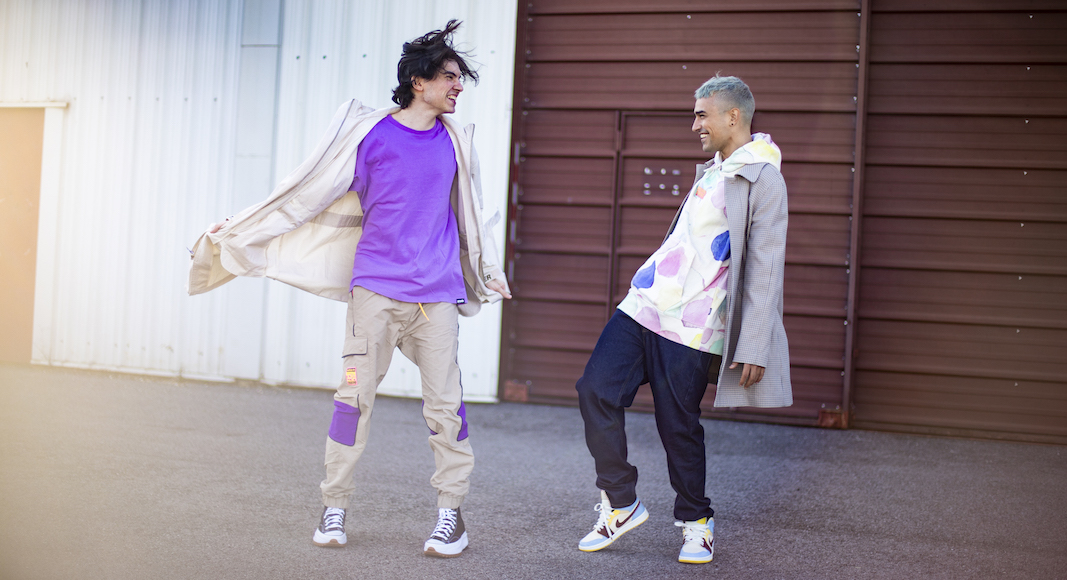 They have accumulated millions of listens on Spotify, SoundCloud, and TikTok with their creations and remixes. Josh Chergui and Loïs Serre, the two Lyonnais behind the group Trinix, will be touring the United States from September 2 to October 13.

“We were supposed to come in May 2020, but the tour was cancelled because of Covid. The U.S. is a big first for us and a big challenge,” says Chergui, 28. The band will kick off with a show in Austin on September 2nd, before playing in New York on September 6th, Worcester (MA) on the 10th, Los Angeles on the 24th, Seattle on October 7th, and Philadelphia on October 13th. Tickets available here.

Trinix was born in 2012 in Lyon, after years of friendship between Lois and Josh. The former has a classical background, and trained at the Maîtrise de l’Opéra de Lyon. The second went to a sound and lighting school and perfected his skills in MAO (computer assisted music). “Everything started from there, by posting our music on SoundCloud. We touched on everything, from future bass, to hip hop to dub step,” recalls Serre, 23. “We make mainly electro today, even if we do not confine ourselves to one type. We like to break the rules.”

Trinix’s career really took off in 2016 with their first appearances on stage, like at the Printemps de Bourges festival and the Garorock festival (Lot-et-Garonne). In 2018, the band signed on for a first album with Sony called “Mayday.” Josh and Lois have also produced numerous remixes for international artists like Fergie, Armin van Buuren and the band Lost Frequencies. “Our inspirations? They come from Daft Punk and newer artists like Flume, Kaytranada and Atlanta hip-hop singer Russ. We like him a lot because he does everything by himself, like us: music, production, programming, even the cover,” says Chergui.

With this first American tour, the two members of Trinix hope to seduce a new audience on the other side of the Atlantic. “We feel a bit stuck in France, because the music industry is quite closed and complex, and it’s hard to find a lot of dates to play,” says Serre. “We’ve already made a lot of contacts in the US. We feel that everything can go faster for us there and that our music will be more easily accepted,” adds Chergui. The two Lyonnais promise a series of concerts with “good vibes only,” with performances made 100% live. “No remixes or recordings. It will be 100% Trinix live,” Josh guarantees.

Trinix’s latest album, “Altitude,” was released in April 2021 as a self-production. Most of the tracks take us into the cosmos like “From the Sky” or “Superpower.” The group also made a very original track, “Little Bit,” with the English actor turned rapper Tom Felton (who plays the role of Draco Malfoy in the Harry Potter saga). “It’s very unlikely (laughs). He contacted us on Instagram and said he was listening to our sounds. We’ve been friends ever since,” says Chergui. The album “Altitude” is available on CD or vinyl on the band’s website.