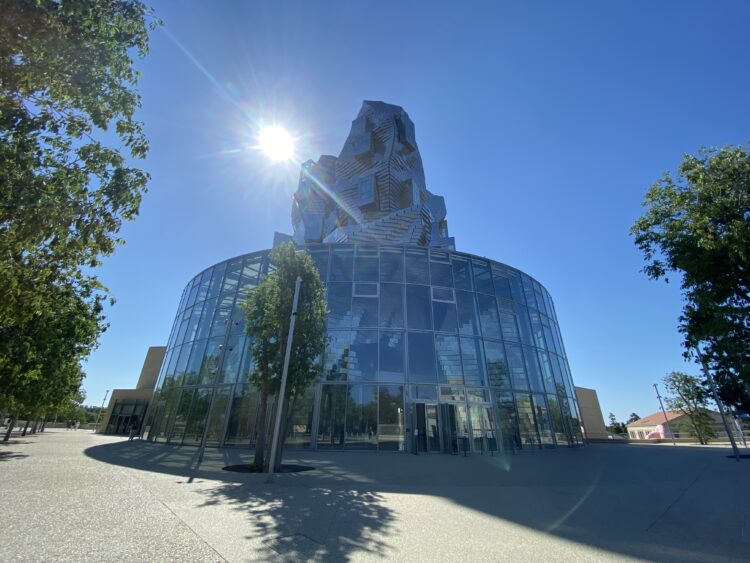 Arles is an oft-overlooked town in the South of France, about halfway between Aix-en-Provence and Montpellier. It’s famous for two things: Roman ruins, many of which are still intact, and Van Gogh, whose favorite little yellow cafe is still serving overpriced cappuccinos to the masses.

But just last year Arles added a new star to its list of attractions, with the LUMA Foundation’s Parc des Ateliers, a new contemporary arts space. The LUMA Foundation was established by Maja Hoffmann in Zurich, Switzerland in 2004, with the goal of supporting independent contemporary artists. Then, from 2013 to 2021, the organization worked to turn its 27-acre Arles campus into an impressive new collection of gallery spaces. their crowing jewel is Tthe Tower, designed by the inimitable architect Frank Gehry (of Guggenheim Bilbao fame). With nine floors of eye-catching glass and metal, the Tower is a cheeky monument to contemporary art, filled with whimsical touches like a curly slide you can take to descend from the second floor to the lobby. Behind the Tower, seven industrial revolution-era factories have been converted into additional art spaces, surrounded by a lush green park with its own small pond. 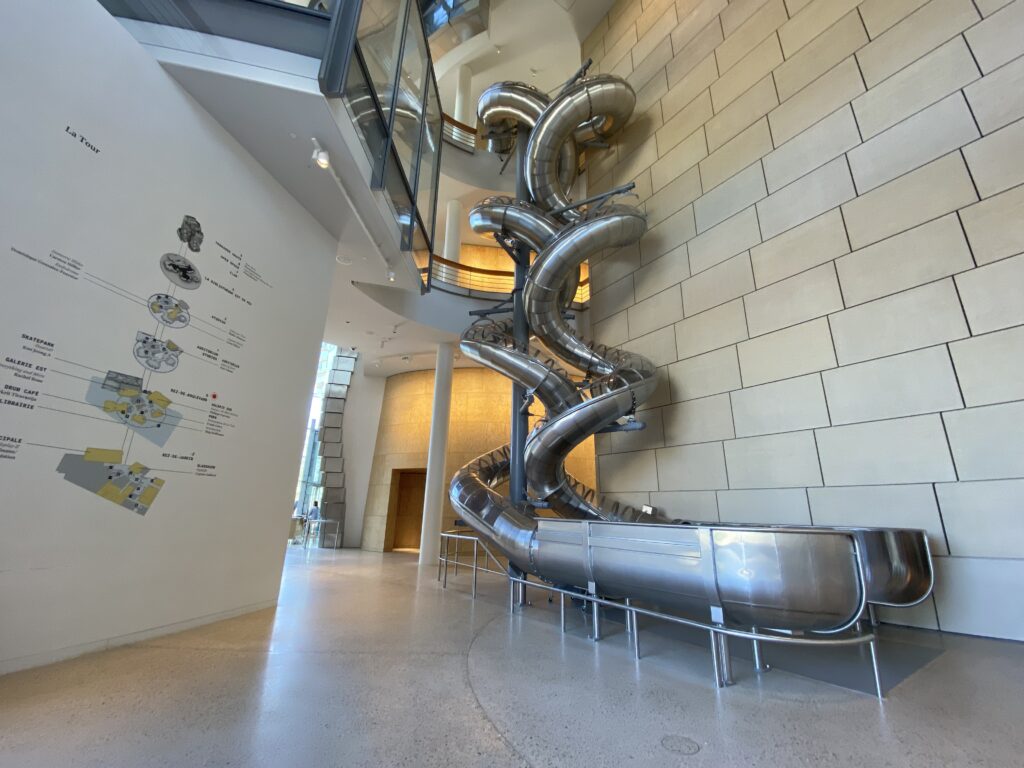 The Tower, which is the tallest building for quite a ways, has marvelous views of Arles and the surrounding countryside, which can be viewed from the 9th floor outdoor terrace, or the 8th floor observation room. The whole campus is free with a reservation, so, if you so wished, you could pick a chair in a little window nook on the 8th floor, take advantage of the free wifi, and make it your hangout space for the day.

Current installations can be found from levels 3 all the way down through -2. As the exhibitions are video-heavy, many of them require timed entry with an additional reservation.

From April 14 through July 1, the first part of LUMA’s second programme includes five temporary exhibitions by contemporary artists. The first three are located in the Tower: The Impermanent Display II, Nightlife, and Everything and More. Live Evil is located in La Grande Halle and La Mécanique Générale, and The Sun Comes in Whenever It Wants is in Les Forges, some of the converted factory spaces behind the Tower. 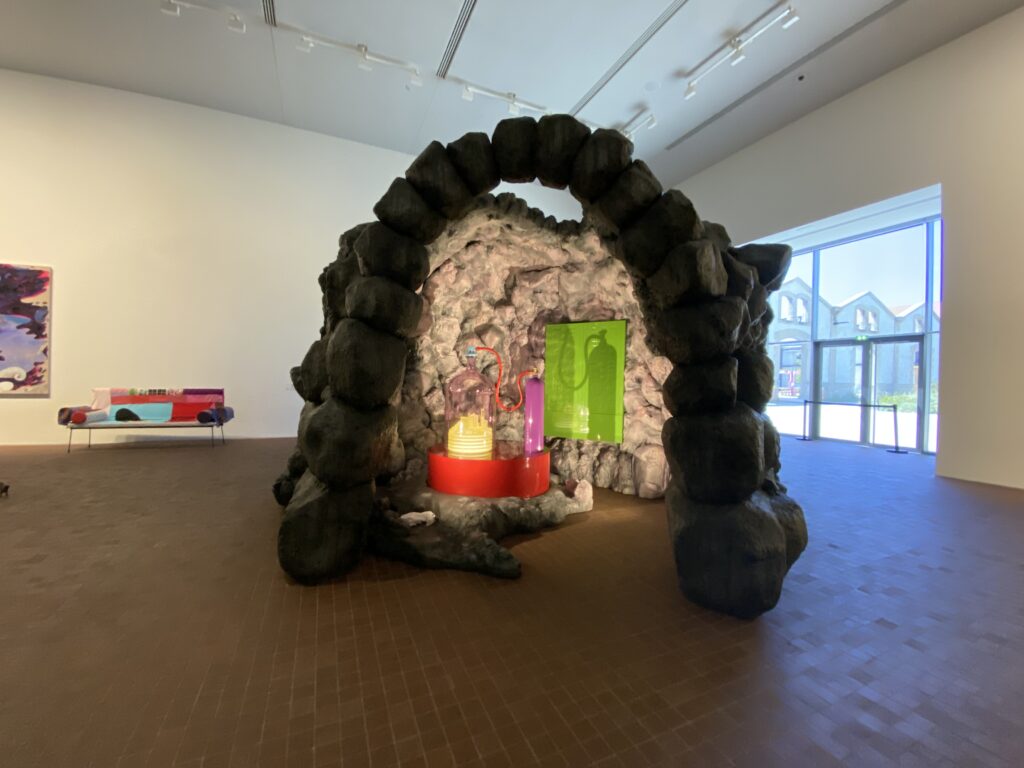 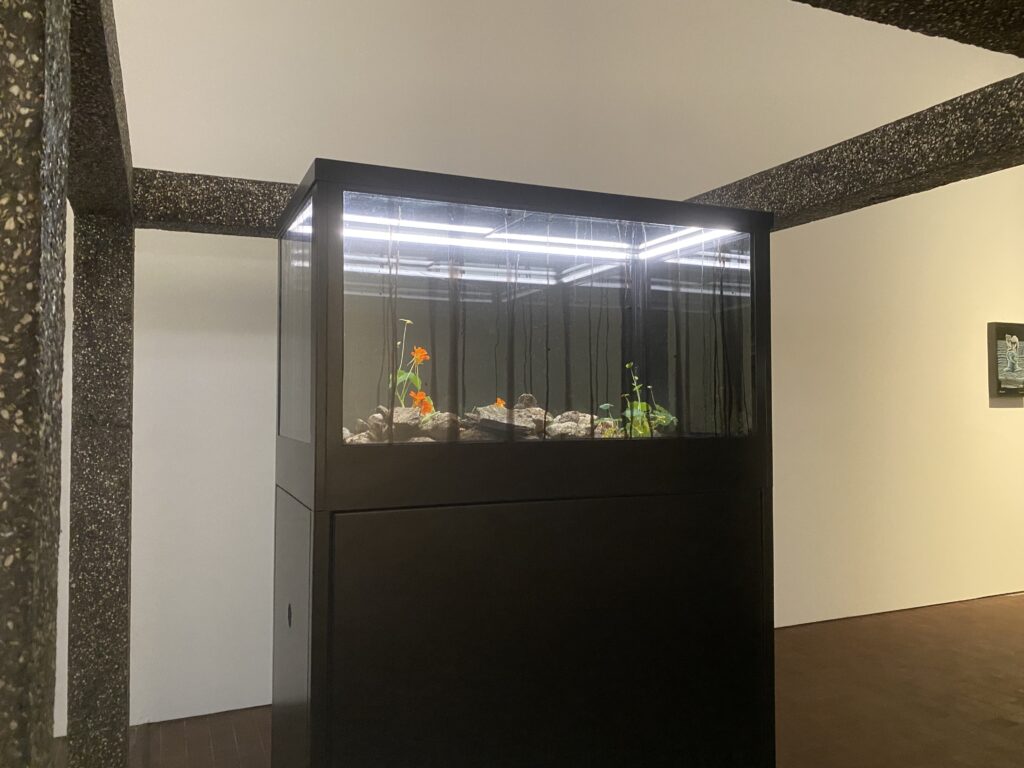 Everything and More, a video installation by American artist Rachel Rose, recounts an astronaut’s readjustment to earth after 128 days in space. Barely longer than ten minutes, the film puts a microscopic lens on the weight and sensory overload of everyday life. While most films allow you to transcend your body, Rose’s puts you back in it with a resounding thud, and is one of the highlights of the current collection.

Film is a theme of the Parc des Ateliers, and many installations take advantage of innovative soundscapes, virtual reality, and even 3D. Nightlife by Cyprien Gaillard is a 3D film you’ll need to read up on in advance to understand… and, even then, you might have some trouble. Psychedelic plants and fireworks are meant to say something about resilience and the Black experience, though the looped, one-phrase soundtrack becomes maddening long before the 15-minute installation comes to its mystifying conclusion. 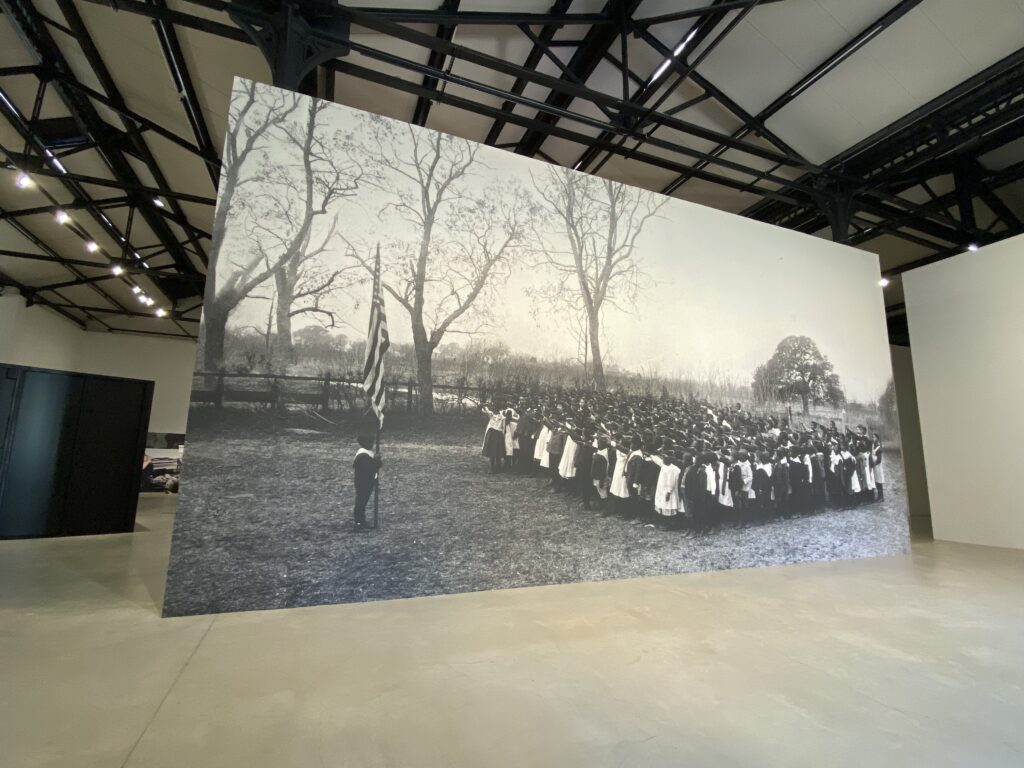 Once you exit the Tower and make it past the open air cafe, you’ll come to Arthur Jafa’s Live Evil exhibition, housed in La Mécanique Générale and La Grande Halle. The exhibit opens with a floor-to-ceiling print of Black children giving what appears to be a Nazi salute to the American flag—and that’s just how the exhibition starts. Over the course of several rooms, Jafa brings together images of popular Black figures like Miles Davis, James Brown, and Whitney Houston, as well as haunting images of lynchings and massacres, to create a provoking picture of life in Black America. 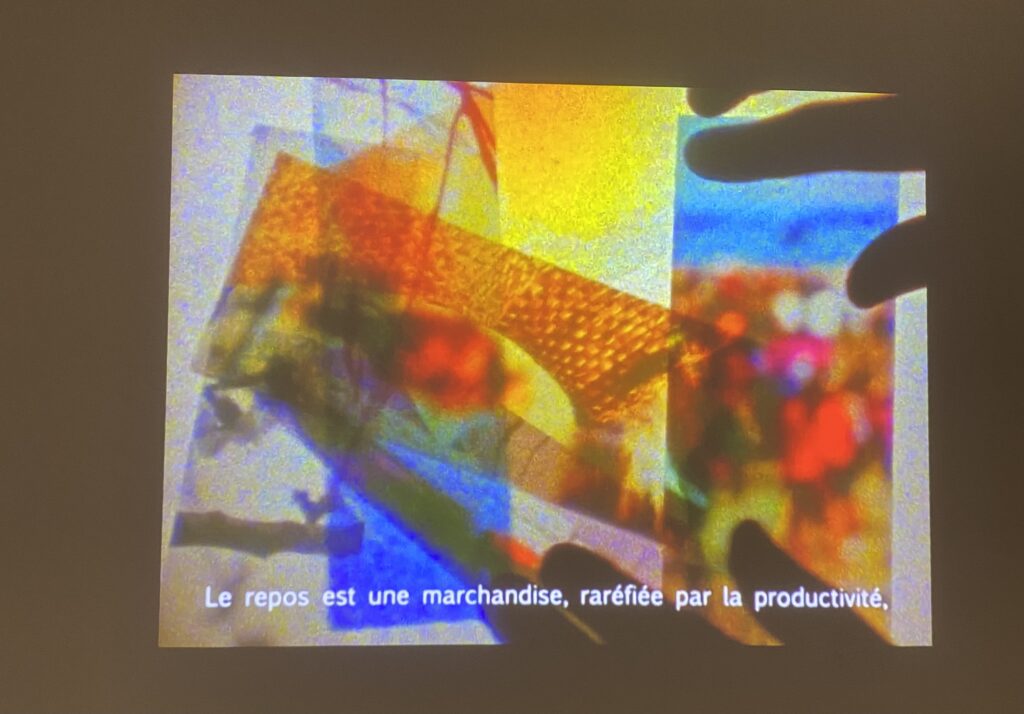 If Jafa’s exhibition leaves you needing a bit of emotional rest, take a moment in the Parc’s beautiful gardens, or head directly to Sky Hopinka’s The Sun Comes in Whenever It Wants, located in Les Forges. A member of the Ho-Chunk Nation of Wisconsin, Hopinka creates work that is hauntingly American, mixing poetry and photography together against a backdrop of stolen land and open blue sky. In the video “Lore,” for example, Hopinka weaves a spell of nostalgia and displacement, as hopeful as it is heartbreaking. The song “Heart-o-Matic Love” plays in the background as Hopinka voiceovers Polaroid strips in bright colors, conjuring images of lost summers and remembered love.

Try to catch these exhibitions before they turn over on July 1. But if you don’t, the second portion of the new season will begin running then, with works from Etel Adnan, James Barnor, Gary Hill, and Maria Hassabi. The African Book Fair will also present a festival of art, food, books, and music, starting July 1.