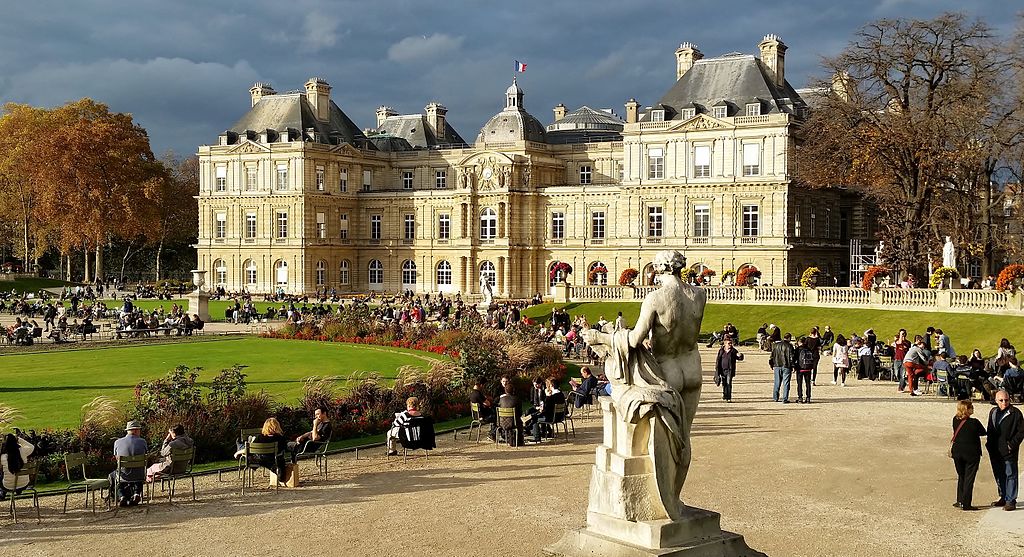 Love and Marriage on Paris Time

The evening I received notice that I had been accepted to the French Ministry’s Teaching Assistant Program in France (TAPIF), I leapt out of my chair and joyfully exclaimed to my roommates “I’M GOING TO FRANCE! I’M GOING TO TEACH IN VERSAILLES!”.

They knew me to be a hopeless romantic, and it was perhaps this sense of romance that drew me to Paris. They had predicted, as well, that of the three of us, I would be the first to be married. I chortled at their words. I hadn’t had one serious relationship in college; blame it again on the die-hard romantic in me, and my introversion. They, on the other hand, were both in happy, serious relationships. And so, one by one, they followed suite. The first roomie married the summer after my first year in France, barely a year out of college, and I flew home to be a bridesmaid. The second roomie followed her path a year later. Now, each has a beautiful daughter.

I won’t lie. With my 29th birthday approaching in January, and my 20s coming to a close, the rising tide of friends at home getting married or having kid number one or two has me looking back at the States with a bit of anxiety. Not because I feel the need to settle down right this second, but because I wonder if I am ‘behind schedule’. If I had stayed back ‘home’, would I be married by now? Would I be a mother by now? In observing my friends ‘schedules’, I’ve noticed a big difference between the Americans and the French. My college educated friends back in the bay area in California have mostly paired off in one of two waves – either immediately after college, or at the end of their 20s. In Paris, the process is much slower. Professionals wait until their early to mid 30s to commit to a partner, then kids rapidly ensue. Many women have their first child here in their late thirties, once their careers are firmly established. And it is not uncommon for men to become fathers in their early 40s, or later, particularly since the French are more accepting of large age differences in couples – gaps can range anywhere from five to 20 years! Of course, the French tendency to have kids in the mid to upper 30s depends upon each couple, and if said couple decides to go the marriage route. More and more millennial couples are opting for kids first, marriage optional. And there is, just maybe, some wisdom to that. Nonetheless, my existential struggle feels real. No longer fully American, I don’t fit into American schemas. And not fully French, the Parisian schedule doesn’t feel quite right either. What’s a girl to do?

Take a deep breath, step back, and look to her girlfriends. Ignore what Sex and the City says about French women being cold, distant, and competitive with foreigners. It took me four years to find my French #squad, but they are downright the best. Much like Charlotte, Carrie, Miranda and Samantha, we’re a pack of four…I just happen to be the baby. They’ve been crucial in helping me keep my head on straight. Franco-Australian Sandy is always there to reassure me on when issues are caused by cultural differences, or personal neuroses. All three are in their early thirties, and nowhere near marriage or babies. All three have careers, and all three are well adjusted. Admittedly, when they coupled up at the beginning of the year, I felt like the seventh wheel, but I am a fan of their ‘man-friends’. We still grab dinner, drinks or brunch when we can, and they, bring me back down to earth. “Take your time,” they say. And so, I am. Taking my time to enjoy breaking into my career more, to train for the Paris marathon in April, to take on a side hustle or two to enrich myself, to learn, to see expos, to enjoy life. To plot my own course. I am taking my time, because at the end of the day, I have chosen to be in Paris, and that means I am not on American time anymore. I’m on Paris time.