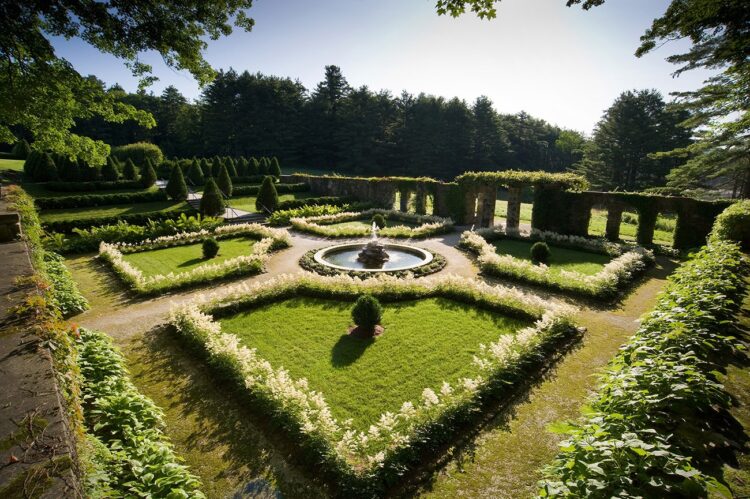 It’s time to get out and enjoy the start of summer. Frenchly’s got a roundup of the best music, art, and film happenings celebrating French culture across the U.S. this month.

Ardent Francophile and the renowned American writer, Edith Wharton, moved to Paris after her divorce in 1913, and was quickly swept up in the maelstrom of World War I. After the war, she left the city and divided her time between homes in St.-Brice-sous-Forêt, just north of Paris, where she wrote her famous novel The Age of Innocence, and the southern town of Hyères. Although she is best known for her novels, Wharton’s first published work was actually a guide to interior decoration that championed French elegance, and her postwar book, French Ways and Their Meaning, celebrated the manners and mores of her adopted home. This summer, at her preserved American home, The Mount, in Lenox, MA, a new exhibition showcases Wharton’s eye for design. Curated by scholar Claudine Lesage, the author of Edith Wharton in France, “Garden of My Soul” includes dishes and silverware, clothing, and ephemera like the card (good for one visit only) granting admission to her stunning gardens at Castel Saint-Claire in Hyères, where she occasionally tolerated curious visitors. The grounds at The Mount, where Wharton first honed her skills at garden design, offer a delightful setting for a stroll. If, however, you find yourself on the French Riviera this summer instead of the Berkshires, the actual garden is now an official “jardin remarquable” and can be visited daily. 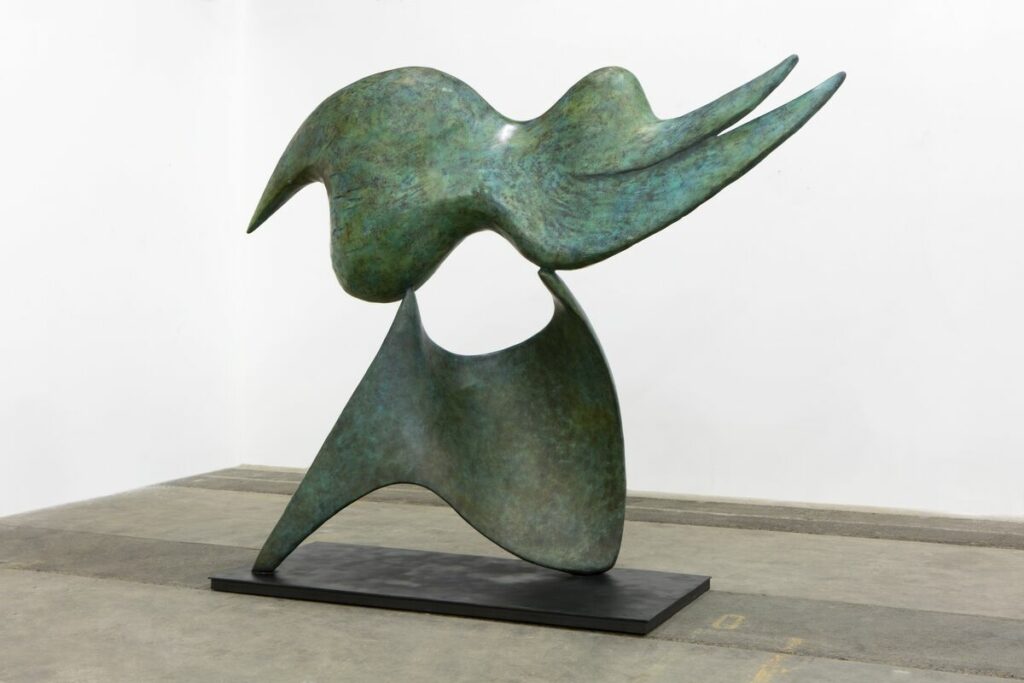 If you’re among the lucky New Yorkers headed to the Hamptons this summer, there’s still plenty of opportunity for culture amid the sunbathing and cocktails. In Southampton, the beach-town outpost of the prestigious Hauser & Wirth gallery will host Paris-born artist Camille Henrot for a summer exhibition of striking sculptures and paintings. Henrot’s up-to-the-minute vision draws on literature and philosophy, social media and self-help, to explore the impact of contemporary technology on private life. This exhibition, which includes a series of new works created during the pandemic, shows how human beings can rise to the challenges of living in the world we’ve created.

Take in an outdoor film screening in Washington DC, Chicago, or New York

It wouldn’t be summer without a sunset movie in the park. French film lovers in Washington DC, Chicago, and New York can enjoy a vibrant, eclectic line-up of films curated by the Villa Albertine, which mixes New Wave classics like Jean-Luc Godard’s Band of Outsiders with modern animated tales and socially conscious fare. Films on the Green DC is underway and runs through July 5, with a varied lineup including the 1956 Hunchback of Notre Dame and, on June 9, Québécois actor-director Xavier Dolan’s contemporary queer romance Matthias & Maxime, a partner event for Capital Pride (pictured above). In Chicago, Films on the Lake runs June 16 to July 7 and highlights films about the natural world, from the stunning March of the Penguins to Agnes Varda’s ruminative documentary The Gleaners and I. New York’s season of Films on the Green focuses on films adapted from works of literature, and includes twelve titles showing at venues across Manhattan and Brooklyn (read more in our roundup of French cinema news, here.) It opens this Friday in Central Park with 1970’s Les Choses de la Vie, starring Romy Schneider, and runs through September 9. 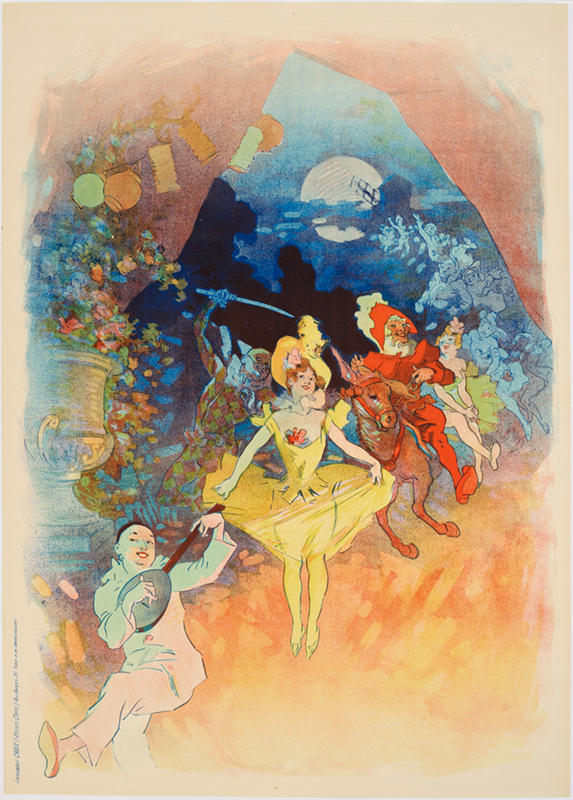 He’s been called the father of the modern poster, whose artwork drew the eyes of fin-de-siècle Parisians strolling the boulevards, and drove their desire for the city’s many and varied pleasures—from cabarets to cocktails. The lithographer and painter Jules Chéret (1836–1932) gets a substantial exhibition at the Milwaukee Art Museum this summer, bringing together more than 100 works from across his long and prolific career, including, “Musée Grévin,” from 1900, pictured above. His style drew on the swirling colors and playful approach of the rococo painters, sharpened and brightened into something distinctly new. Divided into five sections focused on performance, fashion, journalism, travel, and consumer products, “Always New” shows the range of diversions on offer in Paris at the end of the nineteenth century, as novelty and rapid change came to define what it meant to be modern. 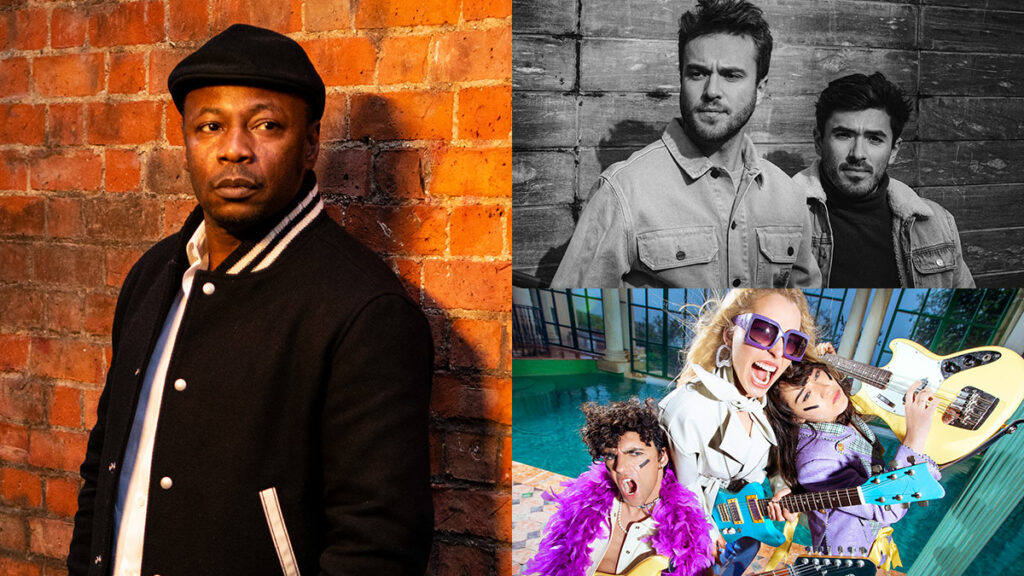 Celebrate music wherever you are

Forty years ago this June, the Fête de la Musique began in France, with the goal of revolutionizing the performance and experience of music. A survey carried out by the Ministry of Culture in 1981 had revealed that although roughly one in two young people could play an instrument, only a tiny fraction of them grew up to attend concerts or perform in public. The ministers chose June 21, the longest day in the northern hemisphere, to inaugurate a nationwide event that would bring music out of the concert halls, into the streets and to the people. Within three years, the festival spread throughout Europe, and was a global phenomenon by the turn of the millennium. Open to anyone who wants to participate, amateur or professional, the festival now takes over public spaces, from front porches to plazas and parks, in more than 120 countries every year. This June 21, the event known in the United States as “Make Music Day” will be bigger than ever, to mark the fortieth anniversary. You can find an event in your town or neighborhood here, and even—if you’re quick—sign up to perform.

In New York, the Central Park free concert series SummerStage will honor the festival’s French roots with a special June 21 line-up featuring the legendary rapper MC Solaar and the up-and-coming electronic artists Bon Entendeur and Hyphen Hyphen in support (all pictured above).

Joanna Scutts is the author of Hotbed: Bohemian Greenwich Village and the Secret Club that Sparked Modern Feminism (out this week from Seal Press) and The Extra Woman: How Marjorie Hillis Led a Generation of Women to Live Alone and Like It.