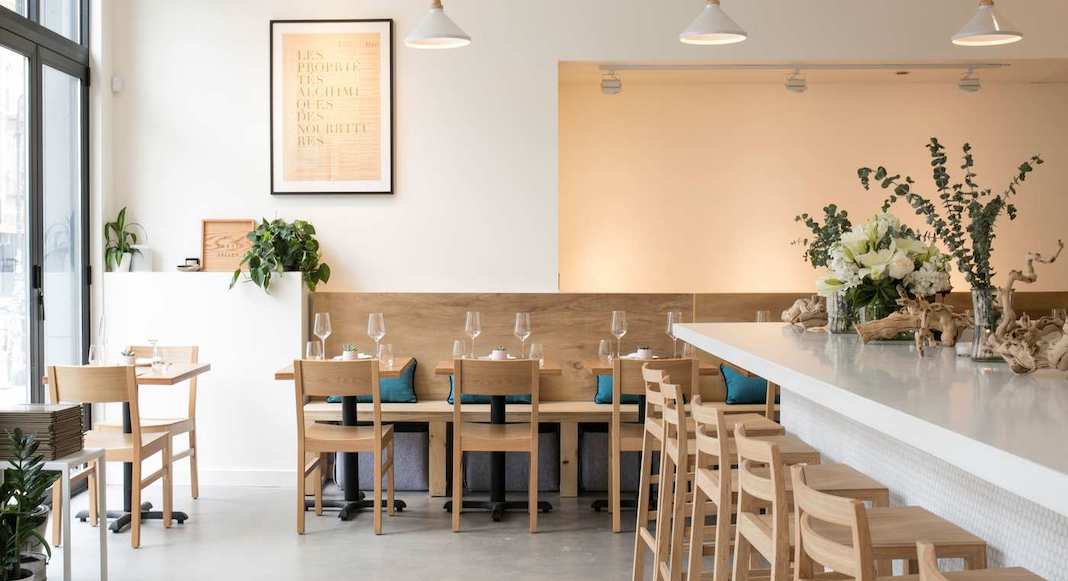 When thinking of the Michelin guide, words like “stuffy,” “expensive,” and “archaic” come to mind, especially for the younger generations.

Le Fooding provides the antidote. The online, print, and app dining guide, 40 percent owned by Michelin, reviews new, festive restaurants that you can actually afford to eat at without breaking the bank. The kind of establishment where starch-white table cloths, dinner service offering exclusively tasting menus, and place settings with four forks aren’t welcome. Diners will find lower prices, warm atmospheres and innovative cuisine made by up-and-coming chefs at the restaurants reviewed by Le Fooding.

On July 25, the guide unveiled part of its Priceless Cities Best New Bistro list (the strange name can be attributed to an opening partnership with Mastercard), which will feature 20 restaurants in New York that it considers exceptional. The common characteristic between them is their opening date: within the last 18 months.

Le Fooding began in France in 2000 as a response to the ranked and starred dining lists of Michelin guide and World’s 50 Best. In 2017, Michelin acquired its stake in the company in hopes of reaching a broader and younger audience. The elite annual French guide has no editorial say in the reviews by Le Fooding.

London, Mexico City and Paris, where the guide is already known well, will have Best New Bistros lists as well. Each city will have three finalist restaurants, chosen by Le Fooding, that people can vote for online to win the year’s “best new bistro” title. The winners will be announced on November 25.

In France, Le Fooding has become an influential force to be reckoned with in foodie culture in the nearly two decades since it began. The New York Times called it “the most influential food publication in the country.” Going beyond restaurants, the guide also reviews hotels, bed and breakfasts and bars.

The company’s presence in the United States has until now been limited to events. No doubt the Best New Bistros list is another step in the expansion of Le Fooding across the Atlantic.