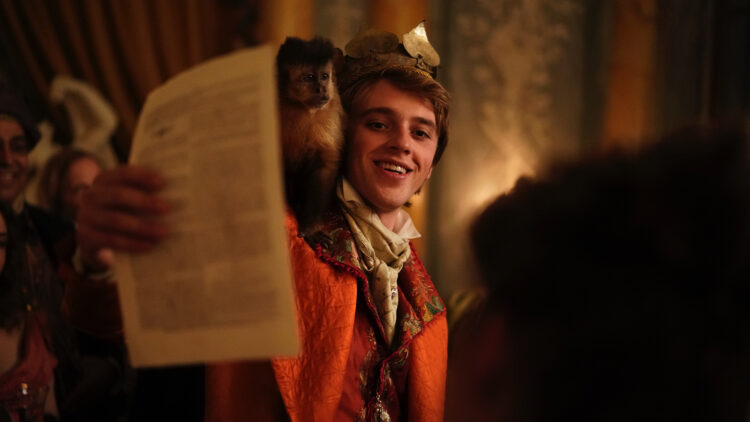 Lost Illusions, Xavier Giannoli’s rollicking film adaptation of Honoré de Balzac’s acclaimed 19th century novel, opens on the page. Golden sunlight shines through the well-worn parchment of a notebook of scribbled poetry, landing on the face of aspiring writer Lucien de Rubempré (Benjamin Voisin). The young écrivain lounges on his back in a field, adding lines to his oeuvre, inspiration dancing over his handsome visage. The scene drips with pastoral beauty, evoking a sense of innocence and the purity of creation in this quiet realm far from the world where the rest of us strut and fret our hour upon the stage. Central to this scene of shimmery natural beauty is Lucien’s love of words, writing, beauty, literature—love that will be challenged, tested, and betrayed over the course of this astonishing film.

Lucien carries his chair to another spot in the field, sits upon it and moves his pencil over the page, inspired anew. “For Lucien,” the narrator intones, “it all started with ink, paper, and the love of beauty.” 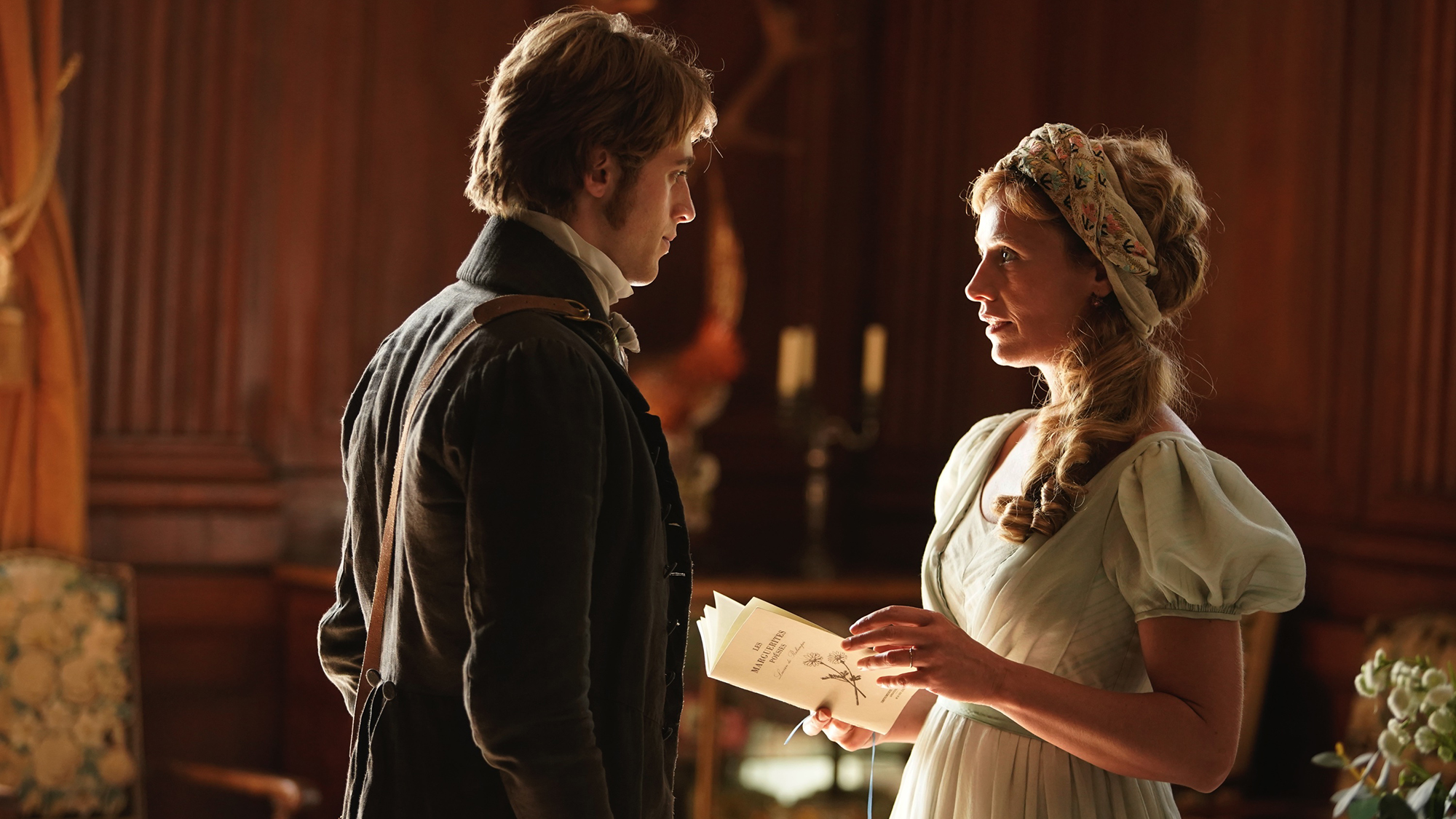 Lucien is an orphan, who earns his living working in the small printing shop in Angoulême belonging to his brother-in-law. It is there that he prints his slim book of poetry that attracts the attention of an upscale beauty, Louise de Bargeton (Cécile de France), who invites him to read his work at her home, surrounded by bored, dismissive aristocrats. His patron believes Lucien is superior in talent and depth to her vapid acquaintances. “For him, poetry is a sacred thing,” she says, “a sort of intimate religion.” He’s also a total hottie, and inevitably an affair ensues.

When her husband finds out, the pair flees together to Paris, where Lucien dreams of finally becoming the writer he’s meant to be. His ambitions will be supported by Louise, who hopes to introduce him to high society through her cousin, the Marquise d’Espard (Jeanne Balibar), a woman whose stamp of approval—or disapproval—can make or break a person. With the Marquise’s backing, his career will soar. But the naïve couple quickly learns that Paris society has little use for a nobody from the sticks, especially one who goes by his mother’s maiden name, rather than the plebeian one his father gave him.

Lucien is soon treading water—broke, abandoned by his lover, struggling even to navigate the chaotic streets of the big city. Then he meets a young newspaper editor, Étienne Lousteau (Vincent Lacoste) who explains that penning the grand roman français isn’t the only way to write for a living. Étienne is a journalist, a profession that piques Lucien’s interest. But when he waxes poetic about the journalists’ role of enlightening the world about art and culture, Étienne smirks and says his job is to “make the shareholders rich.” And that’s all it takes to turn Lucien’s lofty aspirations into compromise. 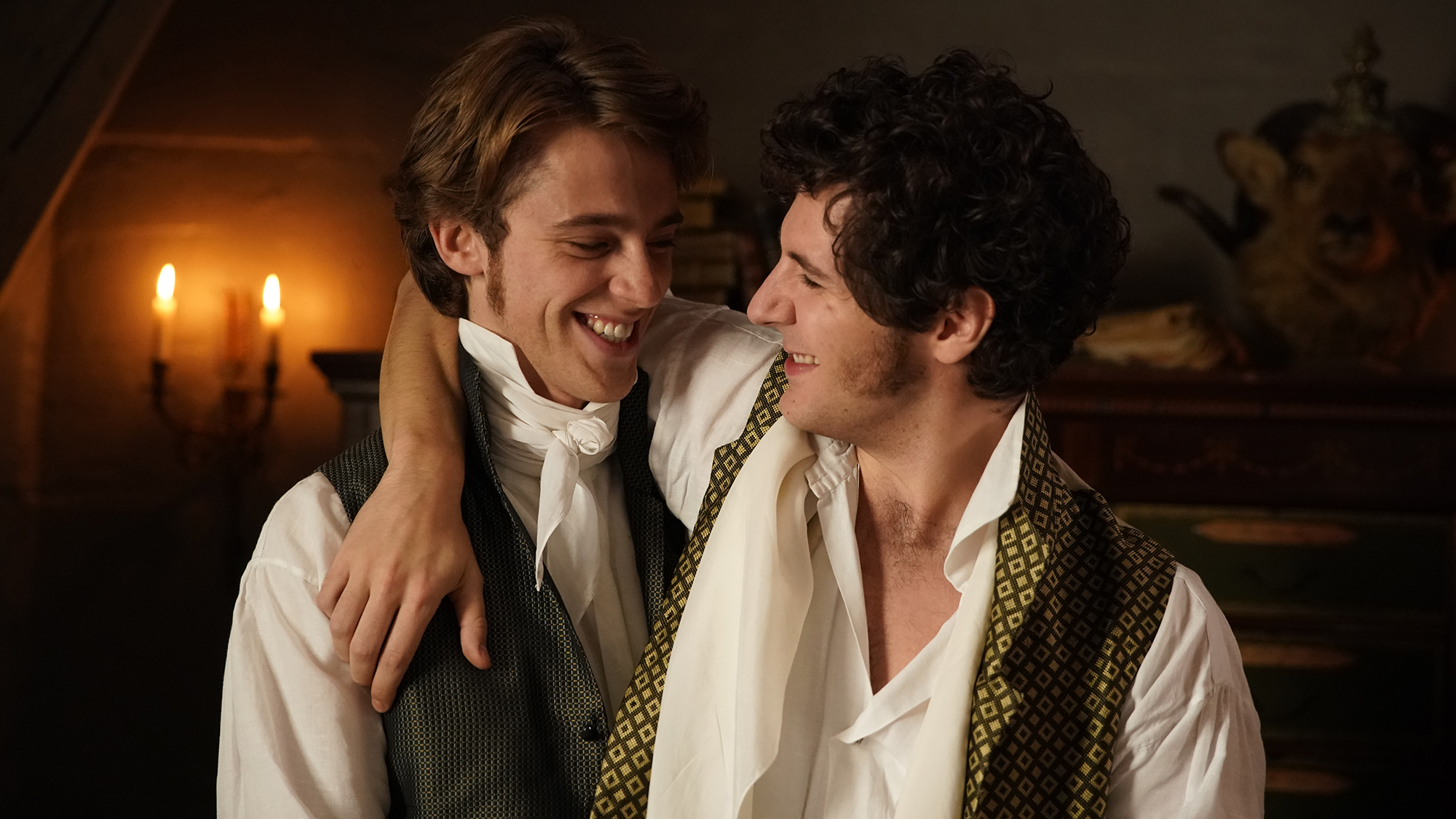 Lucien lands a job writing book and theater reviews for a newspaper whose publisher, played by Gérard Depardieu, doesn’t know how to read or write. Yet he dictates whether the reviews will be raves or pans. From here, the film opens up, revealing a world unknown to many of us, in which the original fake news thrived. Lucien, Étienne and their colleagues write positive reviews for those who pay up—and crush those who don’t—their words bought and sold by theater owners, merchants, politicians, and other hustlers. In this corrupt system, applause is sold to the highest bidder. Truth is subjective. Lucien is a natural, cranking out words at lightning speed, praising the work of the literary and theater elite willing to pay the big bucks, filling their pockets and ruining their rivals. Lucien thrives. He buys a big house (on credit) and falls in love with an actress, Coralie (Salomé Dewaels), who believes beauty is worth fighting for and becomes the film’s beating heart.

But, even as Lucien’s star rises, a sense of dread gathers around the viewer like storm clouds. We watch fortunes rise and fall, as Lucien and his colleagues destroy lives with a stroke of a pen. Could Lucien fall victim to the very game he so loves to play? He gets too big for his provincial britches, flaunts his success, incites jealousy, contempt, even rage in the people he needs on his side. He gets cocky, blind to his own vulnerability and others’ self-interests, which increasingly clash with his own. Even as Lucien grows reckless, consumed with ambition and greed, we can’t help but remember the poet in the field, his blond halo of curls illuminated by the sun. We know he was once idealistic, that he treats his girlfriend with kindness, that he does truly revere literature and the potential beauty of the word. We root for him—even as forces circle, out for blood—hoping against hope that he will find the inner resources to defend himself and mend his ways. We want to whisper in his ear to trust no one, to play it smart. But Lucien believes himself untouchable. Sadly, despite his successes, Lucian is still nothing more than a naïve would-be poet from the provinces—surrounded by vipers.

The dramatic rise and fall of Lucien de Rubempré is a wrenching tale that seizes the viewer in its grips, taking us on an emotional rollercoaster ride, in which ethics and reality clash violently. Corruption snarls, beckons and preys on those without the resources to protect their ideals—and their soul.

It’s no surprise the film won seven César awards this year, including Best Film, Best Adapted Screenplay and Most Promising Actor for Voisin. Rarely has a period piece offered this much energy and vigor. Watching it is a rush. It’s modern and timely. It drives with breakneck speed, each plot twist shocking hard and fast, while deepening the complexity and ratcheting up the stakes of Lucien’s poor choices. The story plays out exactly as it must, every piece falling perfectly into place—it’s called Lost Illusions, after all—but, even so, we are left reeling, wondering what the hell just happened. We might afterwards sit in the dark with a stiff drink nursing an aching heart, but rest assured. Our hero is young, he is a writer, he is capable of great love. And, most importantly, he has learned a few things about how the world works. Having lost his illusions, at very least, Lucien will find a way to live again. 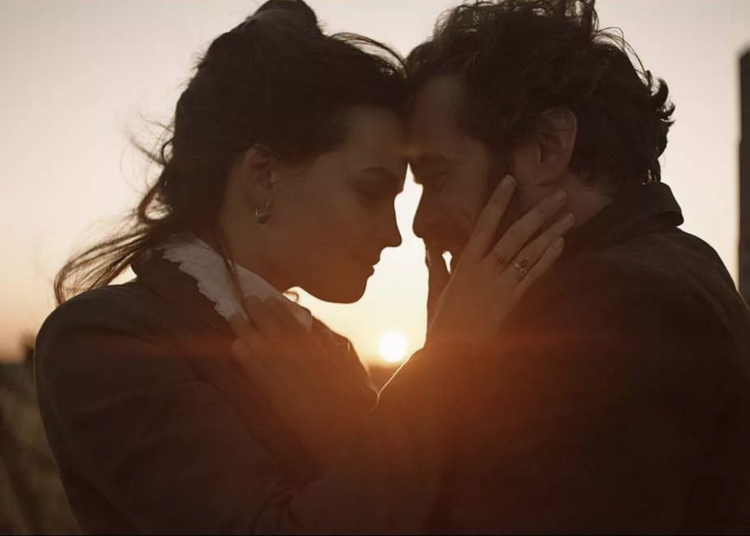 The Eiffel Tower & Other Paris Monuments in the Movies