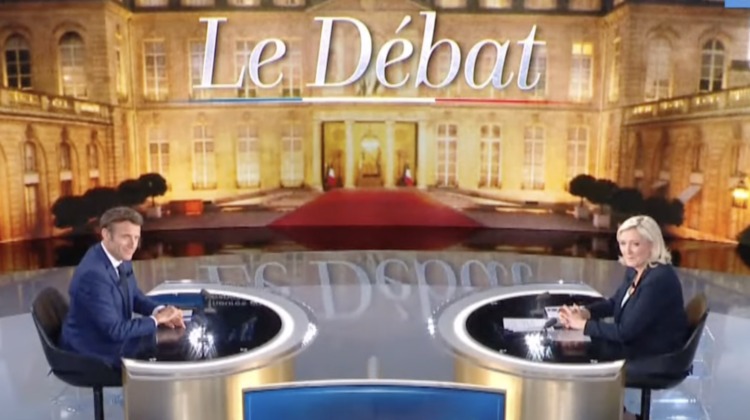 The biggest event on the French electoral calendar took place Wednesday night–and it was a doozy.

The French elect their president in two rounds. After the first round, the top two vote-getters face off two weeks later. The main event of this short campaign is a debate; it’s the only one, so there is a lot of pressure to do well.

What Are the Stakes?

The stakes are high in this election. One candidate, incumbent president Emmanuel Macron, is a centrist who is a strong supporter of the European Union and NATO, a liberal on social issues and generally pro-business. His opponent, the populist Marine Le Pen of the far-right National Rally party, would take France out of both NATO and the European Union, severely limit immigration, and put in place laws that discriminate against Muslims. A win by Le Pen would have serious consequences for civil liberties in France and for security and prosperity in Europe and the world.

How Are French Debates Different?

The presidential debate format is similar to that in the US, but with a big difference: a timer. As in the US, the candidates make an opening statement, answer questions from the moderators, and make a closing statement. But unlike the US, they each have a clock that keeps a running tab of how much they’ve talked.

This is to make sure that each gets equal time. In the US, one candidate can blather on and take up all the airtime, but in France that’s not possible. Instead, if one has talked too much, the moderators make them pipe down so the other can catch up.

It’s a fairer system than ours, but it doesn’t stop the candidates from interrupting each other and arguing. And that happened a lot on Wednesday night.

Like any contender trying to defeat an incumbent, Le Pen had the advantage of being able to attack Macron’s record while also making wild promises. She did a good job of presenting herself as the champion of the little guy, landing some blows when she pummeled Macron for the rising cost of living and for his proposal to increase the retirement age to 65. 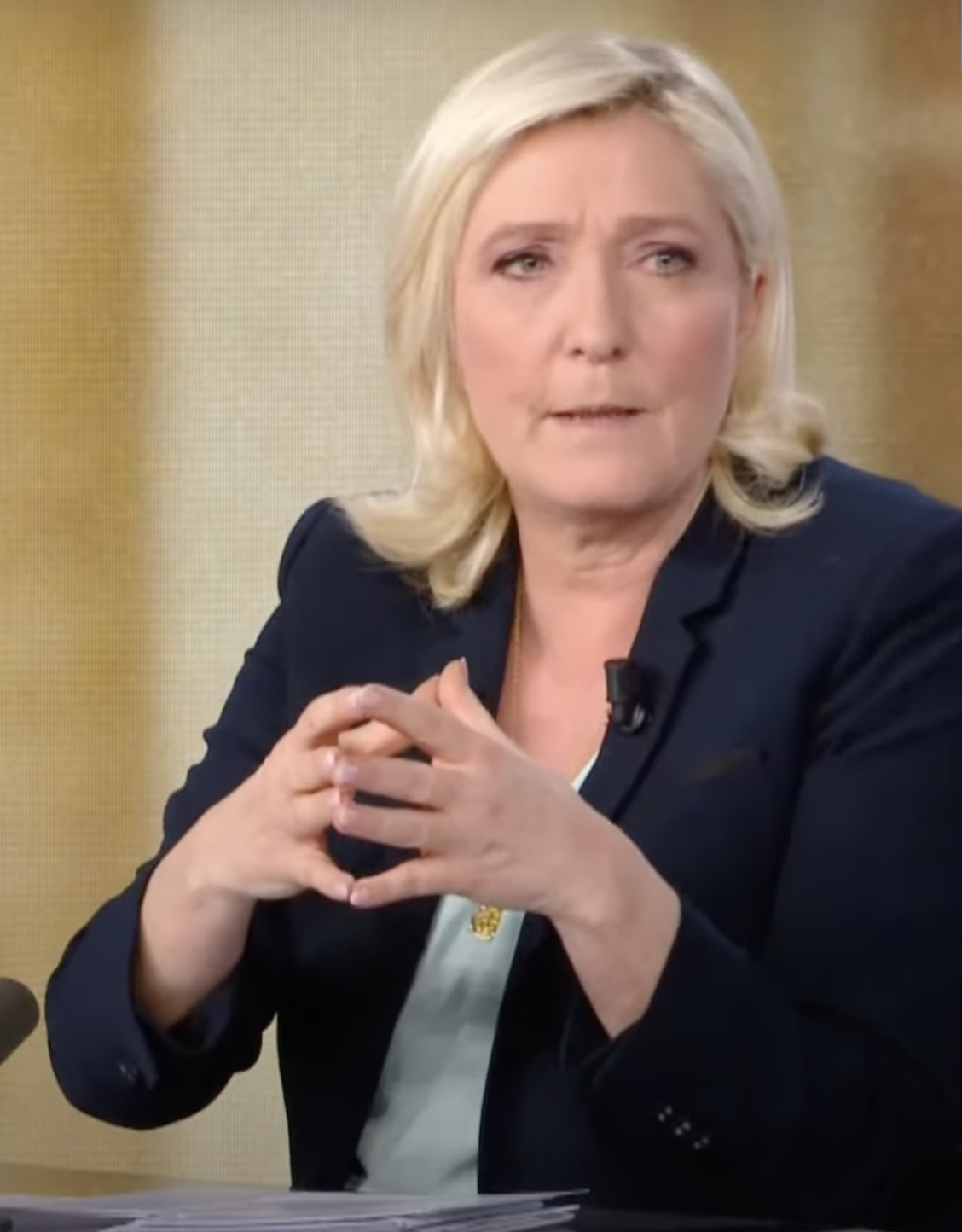 Macron hit back aggressively, scoring his biggest blow when he accused Le Pen of being in the pocket of the Russians. Her party owes millions to a Russian bank close to Vladimir Putin and she’s been a big supporter of his for years. “How can you be tough with Putin when he’s your banker?” Macron asked, and Le Pen did not have a good answer.

Their styles could not have been more different. Le Pen kept her answers simple (while often misleading) and used extreme language: this Macron policy is a “disaster,” that one is a “catastrophe,” his actions are “brutal” and “violent.” But while her language was extreme, she remained calm when she spoke and tried to look presidential.

Macron, by contrast, was much more animated and frequently on the attack, interrupting Le Pen constantly. He is often the smartest guy in the room, and he was able to run rings around her on some complicated issues. But he was also condescending (he has a reputation as being arrogant) and would sometimes cross his arms when Le Pen spoke, like a professor looking at a dull student. 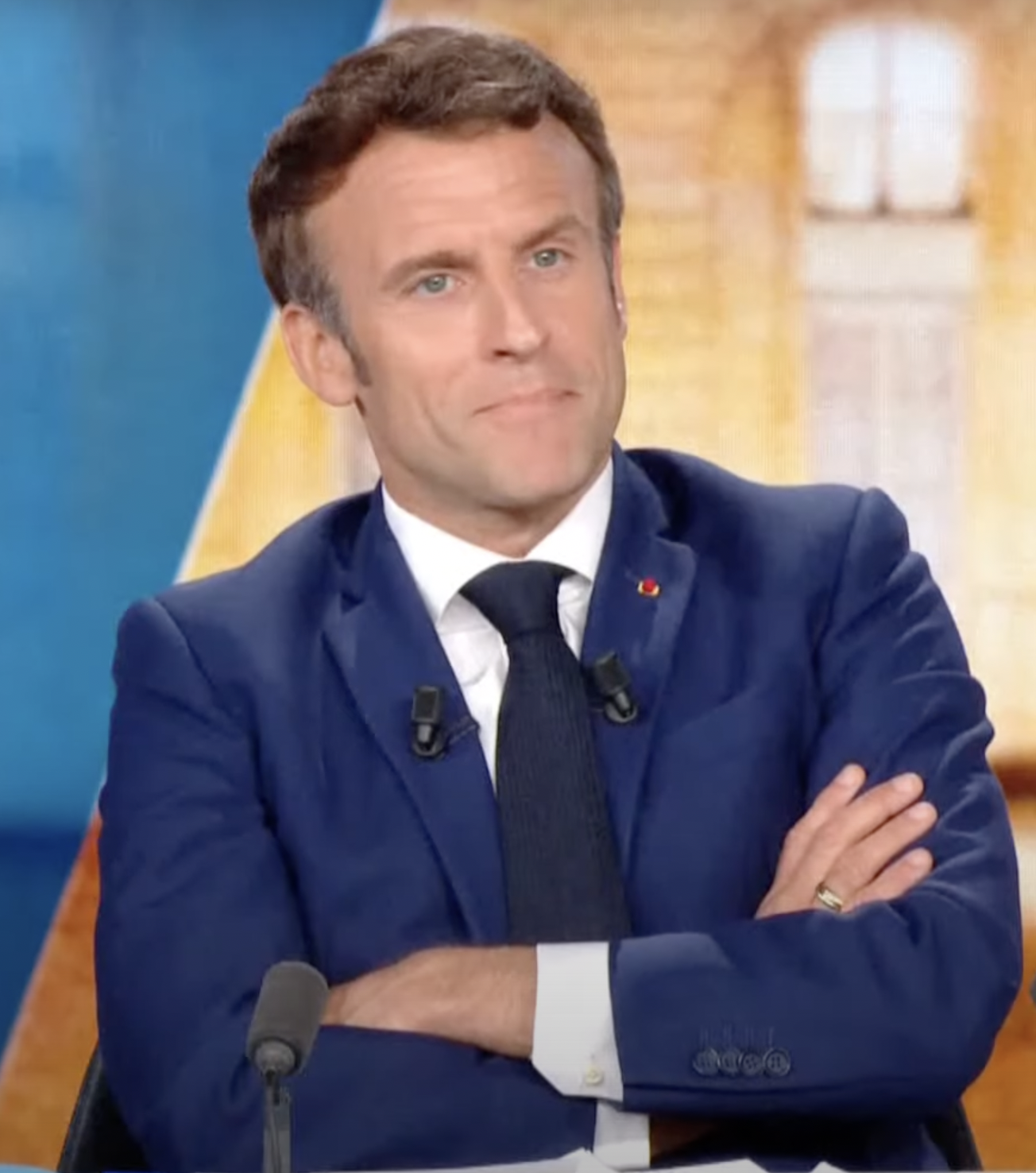 The hottest exchange was on the subject of the headscarves worn by devout Muslim women. Le Pen wants to ban them in public, arguing that wearing one basically makes you a terrorist. Macron decried this as an affront to France’s most cherished values of freedom and liberty, and an invitation to civil war. It was an example of the candidates’ starkly different visions of French society.

Most post-debate polls called Macron the winner, but not by a lot. There were no big gaffes or knockout blows by either candidate, and few people are expected to change their vote. Macron is maintaining his lead in the polls, currently 55% to 45%.

The French will vote for president on Sunday. The whole world is watching as it may, indeed, affect the whole world.