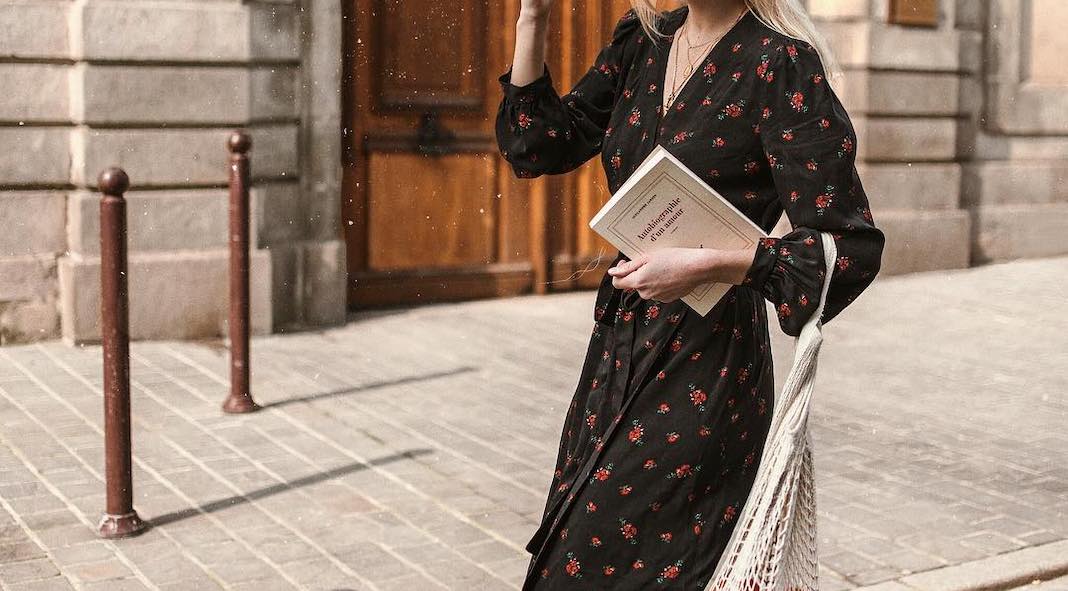 At the 2019 G7 Summit in Paris, French President Emmanuel Macron announced his new Fashion Pact (and no, not the kind about always wearing pink on Wednesdays).

The Fashion Pact is a commitment to sustainable practices in the garment industry. More than 150 top fashion brands have signed on, including Kate Spade, Nike, Prada, and Stella McCartney. These companies have sworn to do their part in combating global warming by developing new methods for farming, factory production, and fashion design that have less of a negative impact on the earth.

But there are a lot of smaller French fashion brands that are committing to this new trend towards sustainable fashion. And it makes sense that these clothing manufacturers are stepping forward; the concept of “slow fashion” has always been an innate part of the French mindset towards clothing. In a culture where an item of clothing is considered an investment, something to be worn for possibly the rest of one’s life, it is only natural that clothing also be considered an investment in our planet’s future.

To help you get started on your next eco-friendly shopping spree, these are just six of the boutique companies putting the “Paris” back in “The Paris Agreement.”

Everyone knows the French are lost without a reliable pair of plain white sneakers. Veja’s sneakers are made from raw materials sourced from organic farms, cutting back on harmful pollutants that leak into the earth, water, and air. Veja works directly with organic cotton producers in Brazil and Peru, and a small amount of profits are reinvested into the local fair trade organization that facilitates this exchange. They also use a lot of innovative methods to cut down on waste, such as using tilapia hides (which, in other production processes, are usually thrown out) instead of leather, creating a unique fishscale accent as well as cutting down on leather production in areas deforested for cattle farming. A pair of shoes costs between 100€ and 250€, and Veja offers free shipping worldwide on all orders over 150€.

Invest now, because this is about to be your new favorite bag. The Parisian company Laflore recently released a Kickstarter campaign for this stunning bobobark purse made from cork skins, using an ethical harvesting method that actually helps the cork trees grow, in a process similar to pruning. The material is lighter than leather and waterproof, but far more beautiful and sustainable. Pre-order now for $80 off the retail price. Ships worldwide.

Les Sublimes makes chic wardrobe staples that will last you for the rest of your life. Their products are made from fabrics like ecojean, which is spun from recycled denim and plastic bottles, and modal, which is made from wood pulp harvested from sustainably run, pesticide-free forests. Les Sublimes offers international shipping at a mark up, about 20€ for shipping to the U.S., and free worldwide carbon neutral shipping on order of over 150€.

All clothing made at Aatise is free of synthetic fibers, and 100% ecological, sustainable, and compostable. A mix of traditional techniques (like linen spun from cotton’s less environmentally impactful cousin, flax) and new technologies (like the wood pulp and recycled cotton hybrid, Lyocell Tencel Refibra) allow Aatise to create customizable pieces crafted specifically to suit your needs as well as the environment’s. Shipping to the US costs about 24€, unless you feel like picking up your custom-made order directly from their Bordeaux factory on your next vacation.

You know those iconic Breton stripes that make you think of 19th-century French sailors? Those were the invention of Saint James, a French heritage clothing company that still makes naval sweaters, knitwear, and coats strong enough for the sea. The company is bought back by its employers, and its fair business practices won it the “Ethics and governance” trophy by the EDC business school in 2005. Not to mention that the wool they use comes from low-impact farms where the animals are treated fairly, and factory visits are open to the public. Saint James has a number of U.S. locations, including one on East 78th Street in New York, and often does collaborations with U.S. companies, like Saint James for J. Crew.

The French denim company 1083 recently released a new line of recycled jeans which, at the end of their cycle, will be recuperated by the company and made into new jeans. They also use laser washing, a cleaning method for the materials that uses renewable energy and has no impact on the environment. A pair of jeans will run you about 90€ to 120€, and shipping is free over 400€, and 26€ if under.