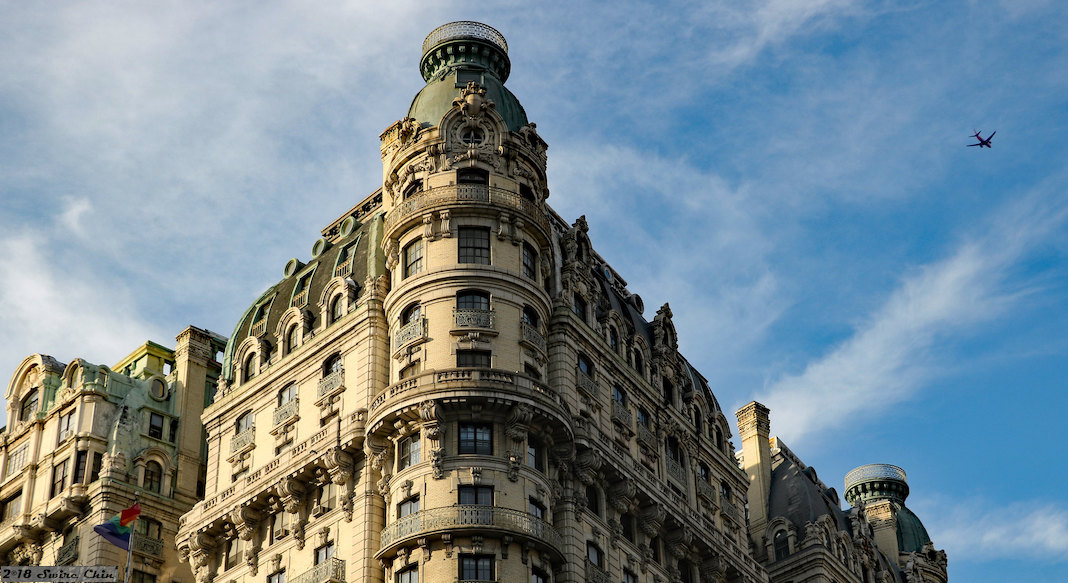 The French Architects Who Made New York’s Masterpieces

Bartholdi, the sculptor of the Statue of Liberty, isn’t the only Frenchman to have transformed New York’s skyline. Take a quick tour of the iconic Manhattan architectural works created by French architects.

At the corner of Broadway and Fulton Street, we all know St. Paul’s Chapel, a survivor of the 9/11 attacks. On the other hand, very few people know that it was a Frenchman, Pierre Charles l’Enfant, who gave it its beauty. Born in Paris, L’Enfant arrived in America with General Lafayette. Wounded in the Revolutionary War, he gave up fighting to become an urban planner. In the United States, the L’Enfant is best known for drawing Washington’s battle plans. The altarpiece of St. Paul’s, the only remnant of his work in New York, represents Mount Sinai under the clouds and lightning.

Since 1811, City Hall has housed the offices of New York City Hall. In the Louis XV style with its columns and balconies, the building was rented by Henry James for “its perfect taste and finishes.” A Frenchman hailing from Vosges, Joseph-François Mangin was in charge of its exterior. In New York, Mangin also worked on another building: the former St. Patrick’s Cathedral on Mulberry Street, between Prince and Houston.

Broadway and 73rd Street, 1904. The Ansonia Hotel is the work of Frenchman Paul-Emile Duboy. Outside, a Haussmann facade. Inside, 1,400 rooms, restaurants, a hairdresser, a tailor, a bank, a Turkish bath, the largest indoor swimming pool of the time and a fountain inhabited by seals. In the walls, a network of glass tubes allowed customers to send messages to staff. On the roof, a farm with five hundred chickens, ducks, six goats and a bear. Once the construction was completed, Duboy returned to France. Exhausted, he had a nervous breakdown.

1937. Le Corbusier published Quand les cathédrales étaient blanches, an essay of his impressions of New York. Horrified by the poverty of the population, he was nevertheless interested in the city and debuted his first ideas for the city in this book. In 1947, Le Corbusier was invited to join the group of ten experts responsible for the plans of the United Nations headquarters. After five years of work, in 1952, two of the buildings along the East River were inaugurated.

While at MoMA, you must look up. In front of you is a colossus under construction: the 53W53, designed by the Frenchman Jean Nouvel. The skyscraper is the third of Nouvel’s creations in New York, after 40 Mercer Street and 100 11th Avenue. Initially, the architect wanted it to be one of the highest structures in the city, as high as the Empire State. With 82 floors, he will have to settle for seventh place. 53W53 will house an extension of the MoMA as well as apartments. Expect to spend about $7 million for a three-room apartment and $64 million for a penthouse.

Today, Christian de Portzamparc, the first French architect to receive the prestigious Pritzker Prize, has three buildings in New York: with its white sandblasted glass façade, LVMH’s New York headquarters is located at 19 East 57th street; One 57, a 300-meter high tower overlooking Central Park, which is the tallest residential building in the city; and the Prism Tower, a superb apartment building, is located at the corner of Park Avenue and 28th Street.