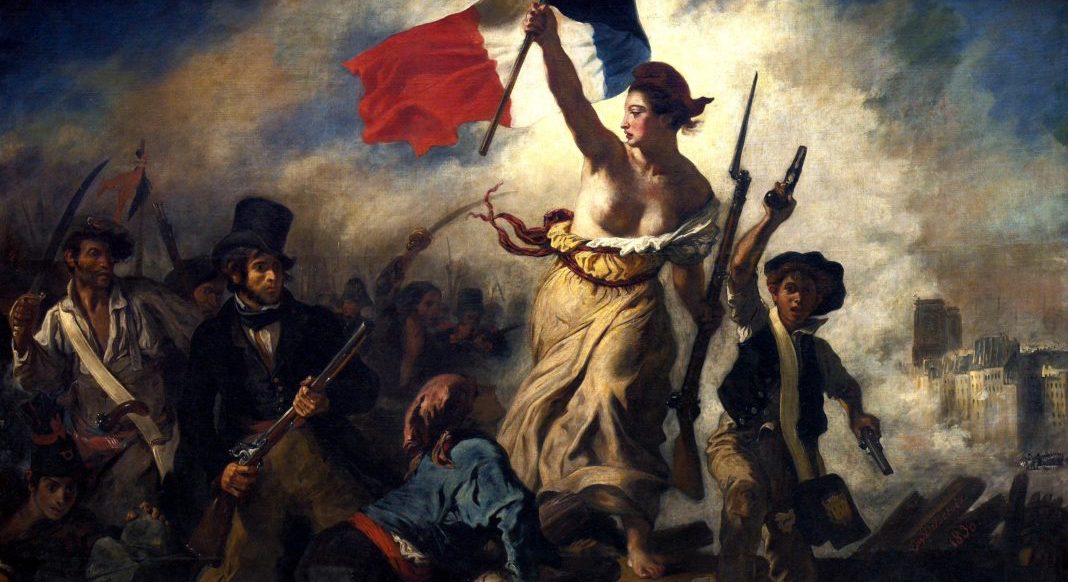 France has never been a country that uses the word “feminism” lightly. Even now, it is a divisive word, and the attitudes it generates even more so. But for all its mishandlings of women’s rights, when you dig into the archives, you’ll find that France has always worshipped women… or at least, a couple of idealized versions of them.

Two French feminist icons really stand out. The first, if you remember anything from history class or Sunday school, is Joan of Arc, a.k.a. Jeanne d’Arc, the 17-year-old illiterate French farm girl whose divine visions catapulted her to military stardom, and had her martyred at the age of only 19. When France’s monarchy was about to crumble, it was Jeanne who led the campaign that defeated the British army before being captured and burnt at the stake. 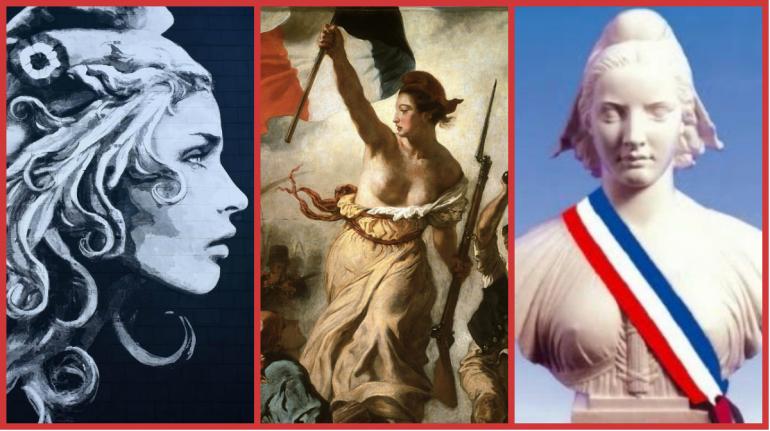 The other, you might recognize from French coins, stamps, and statues. This is Marianne, whose only alleged flesh-and-bone inspiration was a pretty girl in a funny hat who took care of wounded soldiers during the French Revolution. She became the symbol of the Republic: flag held high, smack dab in the middle of the battle, an empowered, egalitarian version of womanhood. One breast out to show that she is the Mother of the Republic, ready to single-handedly feed the nation.

For centuries after her death, Joan of Arc was considered one version of the ideal of French womanhood: she represented devotion to God and King, French nationalism, and above all, purity. Dubbed “The Maid of Orléans,” Joan’s virginity was a subject of intense scrutiny at her trial, with her captors sending investigators to her hometown to search for anyone willing to admit that she had sinned. Even the men’s clothing she wore was indicative of her unviolated person, as she wore it to prevent being raped by soldiers and, later, her captors. 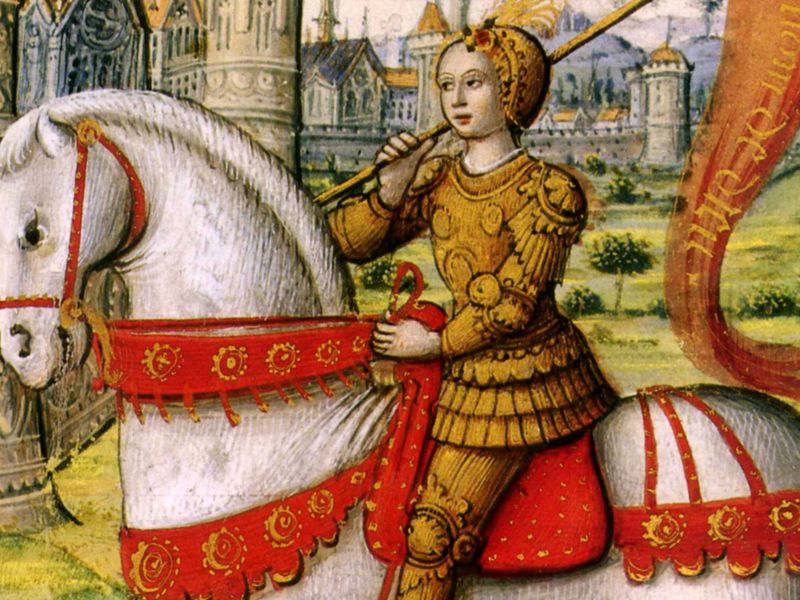 But the 1789 Revolution needed a new model for womanhood. Not a virgin, but a mother. Not a holy innocent, but a secular, triumphant heroine, sexually liberated, proud of her body because it was one of strength and function. One who dismantled the monarchy and the Catholic church’s hold on France, and promoted Liberté, Egalité, and Fraternité.

The Mother and the Virgin, then. And not only a mother, but what you might call the archetype of the impossible career woman: Marianne can have it all, raise a nation, fight for it, and rule it. Almost as difficult of a mold to fill as Joan’s sterling reputation. Because yes, you can fight for your country and do everything a man can… as long as you are pure and devout, a military champion held to the same moral standard as a Disney princess. Likely not something Napoleon had to endure.

France’s two most iconic lady legends represent two very different, equally implausible ideals of womanhood. But when all is said and done, they have one crucial thing in common: the idea that when men are left without hope and without a chance of winning, that means it’s time for a woman to step in and get the job done.