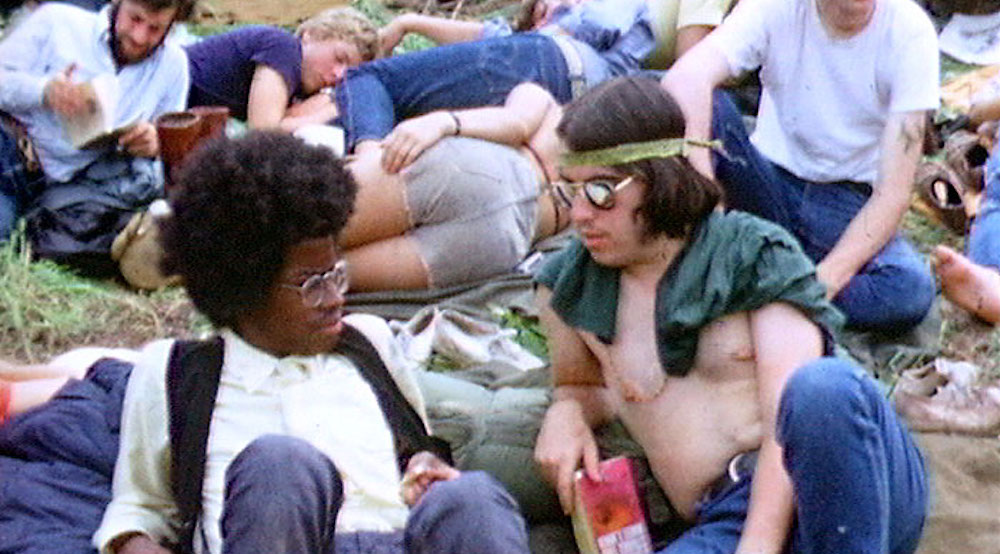 “It was a big, happy mess,” French actor Francis Dumaurier, 72, smiles, remembering the Woodstock music festival, held August 15-18, 1969, in Bethel, New York. Jimi Hendrix’s extraordinary solo. Delirious riffs from The Who. And the hoarse voice of Janis Joplin, in front of an ecstatic crowd of half a million people. Three days of “sex, drugs, and rock’n roll” that set fire to the summer of ’69 in the United States.

The festival that has now become a legend seems to have a had few French people in attendance. “It wasn’t too common to cross the Atlantic at the time. It was very expensive and you had to know people where you were going,” notes Francis Dumaurier. Determined to discover the land of rock’n roll, the young man found a charter flight from Belgium, and set off on an adventure with $200 in his pocket, without a precise plan.

Because Woodstock remains very little publicized in France. And the French people present mostly ended up there thanks to word of mouth. “I heard about it at a bus stop in New York,” says Nicole Devilaine. In August 1969, the young woman had just won a plane ticket to the United States through the University of Lyon. When young hippies she met at the bus stop offered for her to join them at a festival for the weekend, she had no idea that Woodstock would “make history.”

But in addition to being a historic turning point, Woodstock is for many a personal turning point. “Woodstock was a rebirth for me: the beginning of my expat life,” says Dumaurier. “It made me want to test everything. A little like Jimi Hendrix’s hymn, ‘I want to know about the new mother Earth / I want to hear and see everything'” from the Hendrix song “Up from the Skies.” Shortly thereafter, Dumaurier became a guide in the Amazon jungle before working for five years in Rio de Janeiro, in the travel sector. From there, he decided to return to New York — where he still lives — to work as an actor.

Few in number, the French of Woodstock did not feel alienated. “There were young people from all over the world,” notes Devilaine, who went to the festival with Belgian and South American young people. For Dumaurier, Woodstock embodied a desire to open territorial and spiritual borders among the younger generation: “There were no nationalities. This music was our global communication. Rock’n roll, our common language.”

With the election of President Trump, identity tensions and racially-driven shootings, “the spirit of Woodstock seems to be evaporating,” says Dumaurier. While the festival is featured in his niece’s history text book, he fears that this key date has become an empty shell. “Let’s hope it’s not a point of no return,” says Devilaine. “There is still an America like that, even if it isn’t prevalent.”