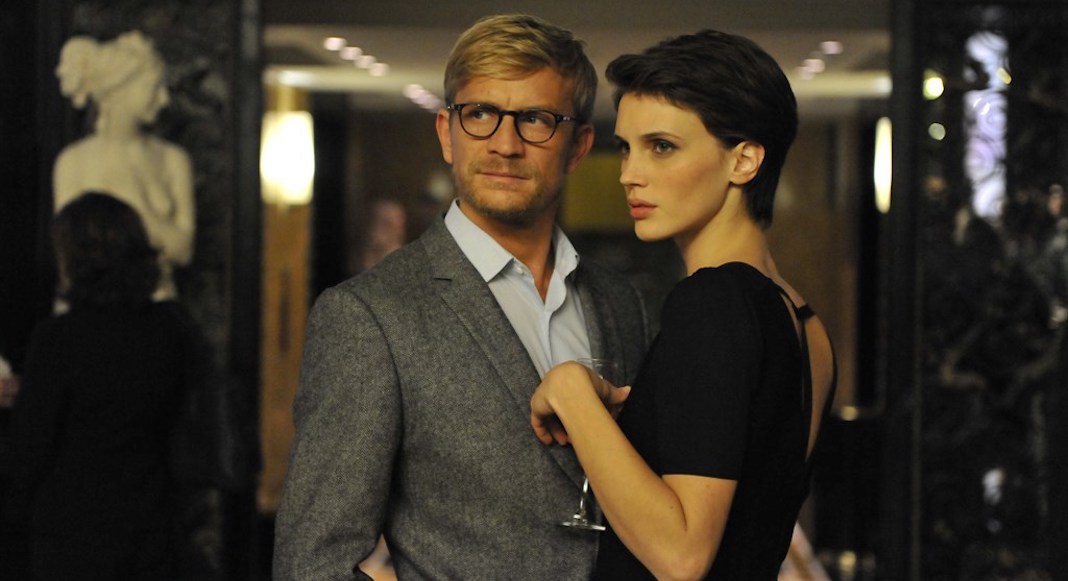 “I don’t really like interviews,” she warns from the start, a discreet smile, almost embarrassed. After her big break in Jeune et Jolie (Young and Beautiful) in 2013 under the direction of François Ozon, Marine Vacth chose to work again with her favorite director, “because I have total confidence in him,” she says. She’s featured in his new film L’Amant Double (Double Lover), released in 2017 in France and screening in American cinemas starting February 14.

Erotic-psychological thriller, L’Amant Double is a disturbing story about the theme of duplicity and duality, inspired from a novel by Joyce Carol Oates. Vacth portrays Chloé, a fragile young woman who falls in love with Paul, her psychotherapist (played by Jérémie Renier). Though she believes that the two are a perfect match, the young woman soon realizes that her lover is actually hiding a dark secret.

Thrilling for some, shocking for others, L’Amant Double invites us into the head and fantasies of Chloé, a woman with liberated sexuality, sometimes dominated and other times dominating. “I’m not that woman,” says Vacth, who was happy to have had the freedom to “start from a blank sheet of paper and make a character from A to Z.”

It’s a topical theme following the feminist movement initiated on Twitter by #MeToo in the United States and #BalanceTonPorc in France. Though Vacth isn’t on social media, she thinks it’s “wonderful that women have been able to express themselves about what they have experienced.” However, she knows that she’s dealing with a subject “neither black nor white that can’t be addressed in two minutes,” and gives credit to Catherine Deneuve, who signed a letter on men’s “freedom to bother” in Le Monde with 99 other women, for having “the courage to launch the debate.”

With the release of L’Amant Double in the United States, Vacth has the opportunity to be noticed outside of France. But would she like a double-French-American career like Marion Cotillard or Jean Dujardin? “Why not,” she replies laconically, before adding, “though that was never a dream for me.”