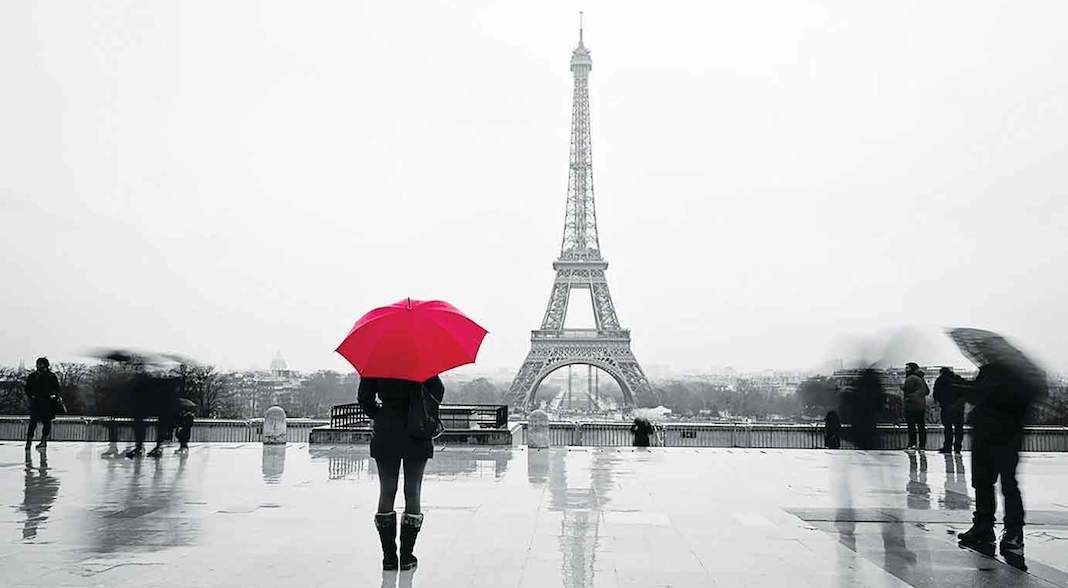 Don’t Pack Your Rain Boots, It Doesn’t Actually Rain That Much in Paris

Leave your rain boots at home, you won’t need them in Paris.

For too long, there has been a picture of Paris painted with a wet brushstroke. It’s in movies like “Midnight in Paris” — “Paris is most beautiful in the rain,” says Owen Wilson — in songs like “Paris in the Rain” — “Anywhere with you feels like / Paris in the rain” — and all. over. Pinterest. Just search “Paris rain” and the options are endless.

You get it. (Honestly, you’ve probably pinned it.)

Here’s the thing: it doesn’t rain that much in Paris.

So when it comes down to it: it doesn’t rain a lot in Paris, it mists sometimes in Paris. There’s too many rain days and too little rainfall to actually say it rains a lot in Paris.

And regardless of whether or not the forecast for your trip to Paris says “100% chance of rain,” you still don’t need your Hunter rain boots (or any rain boots) for three simple reasons:

1. As pointed out, when it rains in Paris, it doesn’t rain that much. And when it does rain that much, it’s an anomaly and you still don’t need rain boots.

So please, do as the Parisians do, and buy a black umbrella to pull out when it mists. And if you want to take a Pinterest style photo, pack light with a red umbrella.