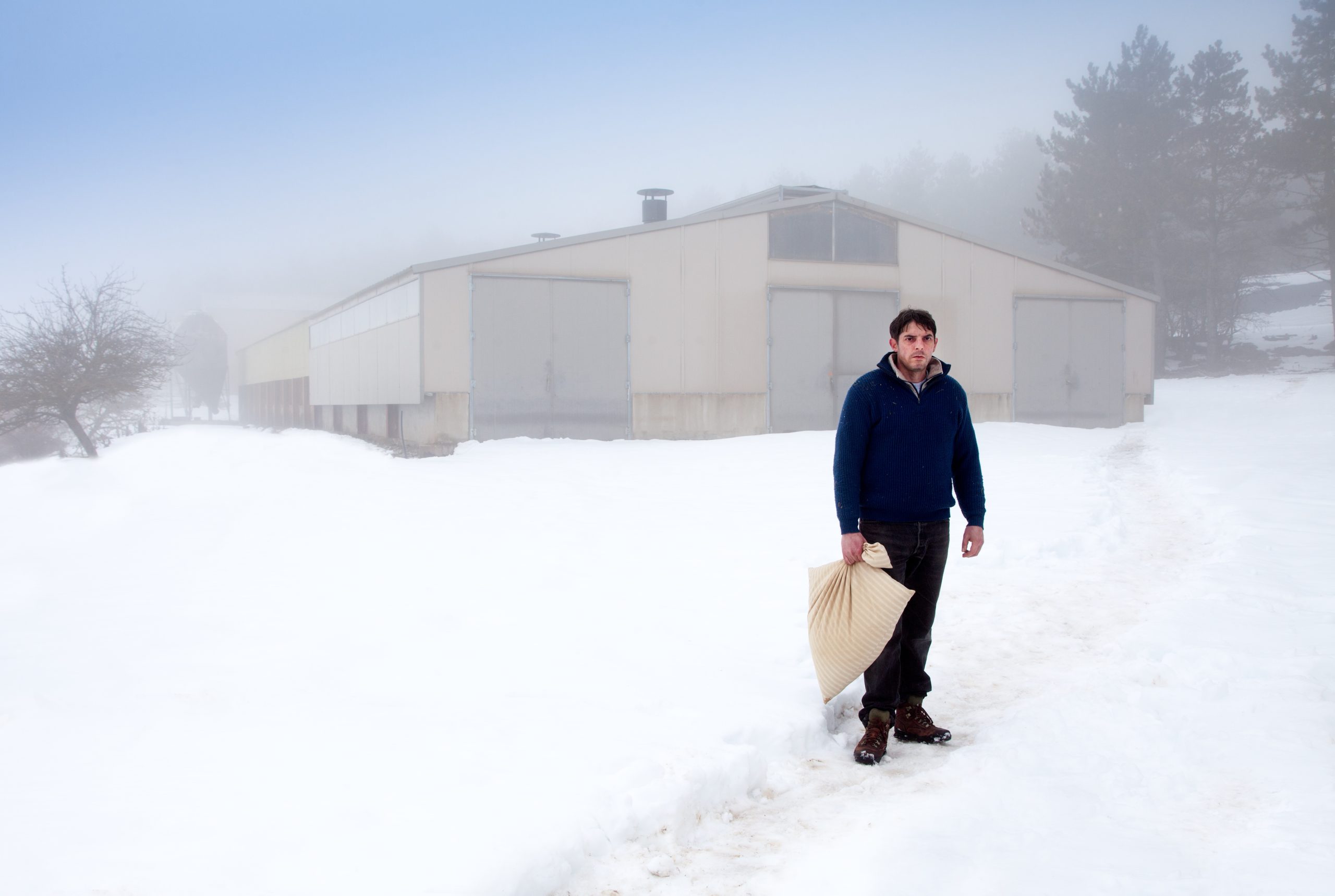 Dominik Moll’s New Film, Only the Animals, is a Vast and Tangled Web

There’s a moment in Only the Animals, the latest film directed by Dominik Moll (With a Friend Like Harry…), when one character says to another, “Chance is stronger than you, idiot!” This powerful and, possibly, wise man might be giving the audience a hint about the film’s themes, if not clues to help us solve its central mystery. Several things happen in the film that challenge our credulity– seemingly random acts of chance or coincidence that lead to life-changing events. But the surprisingly vast and tangled web that’s ultimately revealed suggests stronger forces at play. Fate, perhaps, or destiny. Or even the hands of a cruel, punishing god messing with peoples’ lives for the sake of watching them squirm.

This intriguing and troubling film, which is based on Colin Niel’s 2018 novel Seules les bêtes, opens with a young Black man riding a bicycle through an African town with a goat on his back. When he finally knocks on a door and announces himself, we move in tight on the eyes of the hapless beast. Then we cut to snow sweeping a lonely mountain range in the Causse Méjean in southern France, as strains of mysterious, vaguely sinister, music play. In the distance, headlights burn through the blizzard, winding their way down the steep twisting road.

What we don’t know yet is that on this particular bitter, snowy night, a woman named Evelyne (Valeria Bruni Tedeschi) will go missing. Quite likely the burning headlights were hers.

The story unfolds, cleverly, through a series of five nonlinear chapters, each belonging to a different character. The first—after the goat, after the blizzard—belongs to Alice, played by Laure Calamy, Call My Agent’s ditzy/brilliant/hilarious secretary/sexpot Noémie. Alice is a social worker visiting Joseph (Damien Bonnard), a client with whom, we learn, she is having an affair. On her way home to her husband, another character whose point of view the film explores, Alice passes a car abandoned on the side of the road. It is the car belonging to Evelyne, the woman who went missing the night before.

From there, the narrative jumps back and forth in time, sometimes offering new clues and sometimes only deepening the mystery and puzzling us further. Sometimes we see the same scene twice from different point of views, revealing a crucial detail we had missed, a device that makes us gasp at times or smile knowingly: We’re in on the characters’ secrets.

Our knowing smiles here are fleeting, though, as the truth that is eventually exposed is horrifying. That punishing god, alas, is not one you’d want to meet in a back alley.

There is an abrupt jump, suddenly, from a cattle farm in wintertime France to an empty room in Abidjan, Ivory Coast, where young men type on laptops. We understood the relationships between the earlier characters, but how does this new piece fit into the puzzle? Here we enter another world, where desperate people swindle rich, gullible Westerners looking for love. One of them, a young man named Armand (Guy Roger N), will hook the wrong catfish.

I watched this movie musing that it was about the proverbial butterfly’s wings in Abidjan that causes horrifying ripples on the other side of the world. But, on the other hand, it’s simply a story of what can happen when ordinary people frantically try to calm the voices in their heads. One thing is clear: All six of the characters squirming around in petri dishes of their own making are desperate—for love, for money, for some small assurance that their lives are not completely meaningless.

Watching the film, even as we think, “No way, that would never happen,” we willingly suspend our disbelief. Because we all know what it feels like to want something so badly we’re willing to do—or believe—anything.