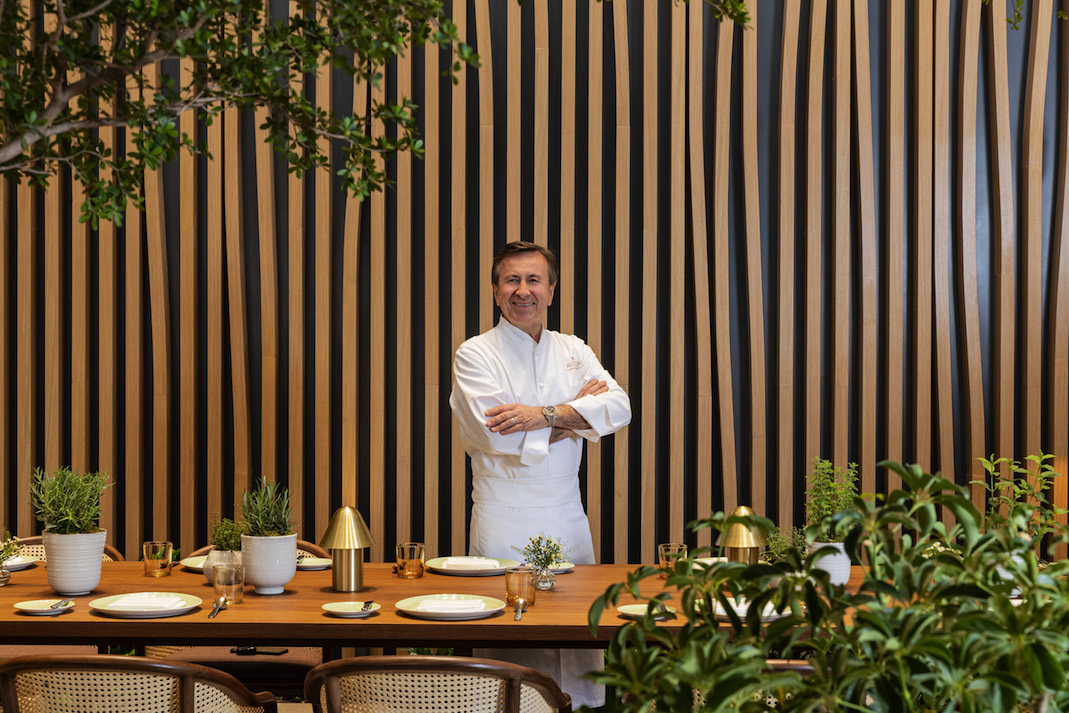 “I had to relearn everything.” Like many restaurateurs, Daniel Boulud has had a tough 2020. Several restaurants in his group, Dinex, including db Bistro and some Boulud grocery stores, are still closed (but expected to reopen) and he’s had to drastically cut his staff. “From 750 before the pandemic, we went down to about 10. Since then, we’ve gone back up to more than 300,” he says. After 9/11, the drop in activity lasted a week, but nothing prevented New Yorkers from meeting up. This was of course not the case with Covid.

Despite the difficulties, the chef from Lyon did not hang up his apron. Between distributing meals to caregivers and frontline staff, raising funds to support his employees (he’s raised nearly $700,000, he says) and opening locations outside of New York and abroad, he’s been busy. And now that New York is coming back to life, he’s opening his latest restaurant, Le Pavillon, in the new One Vanderbilt tower next to Grand Central. His new location, on the first (European) floor of the 67-story skyscraper, has 120 seats and focuses on seafood and vegetables. On the first floor is a Boulud grocery store. “I don’t see opening a new restaurant as a challenge,” says Boulud. “It’s more of an opportunity.”

The name “Le Pavillon”, which was “chosen among fifty”, is supposed to evoke a “festive” atmosphere, he says, and reminds him of a restaurant in his native Lyon, the Pavillon-du-Parc, located on the edge of the Tête d’Or lake. It’s also a nod to Henri Soulé’s legendary restaurant, which opened in 1939 as part of the World’s Fair in New York and then independently two years later. “Soulé and his staff did not return to France after the World’s Fair. They went to Canada and returned to the United States as refugees,” says Boulud. This first “Pavilion”, which defined the image of French haute-cuisine in the United States after the war, regaled many personalities, such as the Rockefellers, the Vanderbilts, and the Kennedys. Even if the tempestuous Henri Soulé had a falling out with the latter after having reprimanded members of their entourage who had committed the crime of lèse-majesté by asking paparazzi to leave his restaurant! 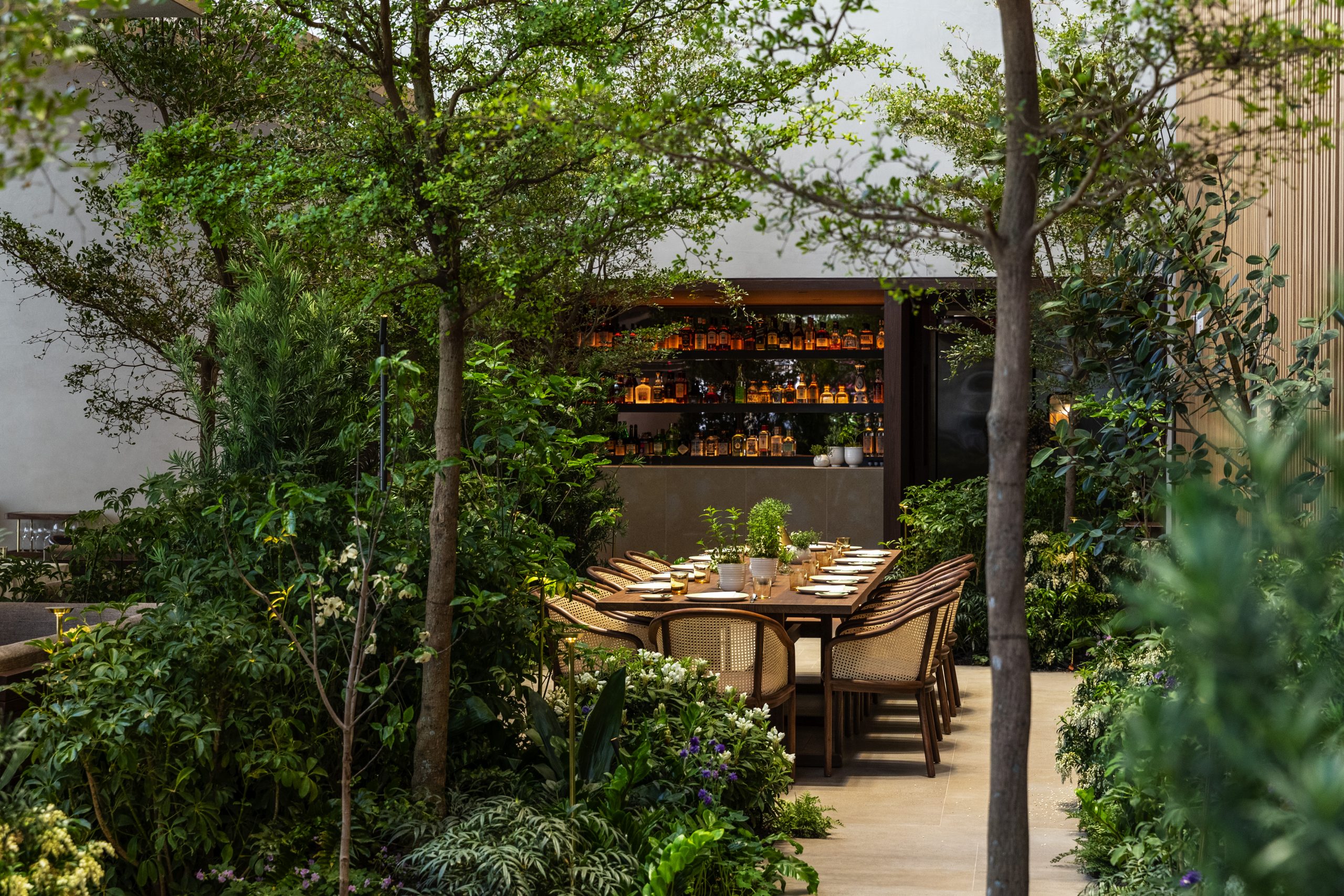 Arriving in New York in 1982, Daniel Boulud did not know Le Pavillon, which closed its doors in 1966, but “it was a reference. A whole generation of chefs passed through its kitchens. They opened their own French restaurants afterwards.” Similar to Boulud himself, who has trained a host of great American and French chefs in his Michelin-starred restaurant Daniel (Thomas Keller, David Chang, and Andrew Carmellini among them).

Boulud’s version of Le Pavillon is without a doubt one of his most beautiful restaurants. The tables are arranged in the middle of a sort of interior garden, composed of trees and plants of all sizes, sometimes passed through the windows to be installed. Guests seated around a long semi-private table called the “Garden Table” will be able to enjoy special gastronomic experiences. “Plants cover half the surface of the restaurant,” says the chef. A wall of long, forest-like slats adds to the place’s vegetation theme, served by large windows that let in natural light. Upon reaching the top of the staircase that leads to the restaurant, visitors’ attention is drawn to a 46-seat bar-lounge topped by a glass installation that overlooks Grand Central and the Chrysler Building. The whole is dominated by several ceilings at varying heights – the highest is nearly 65 feet. 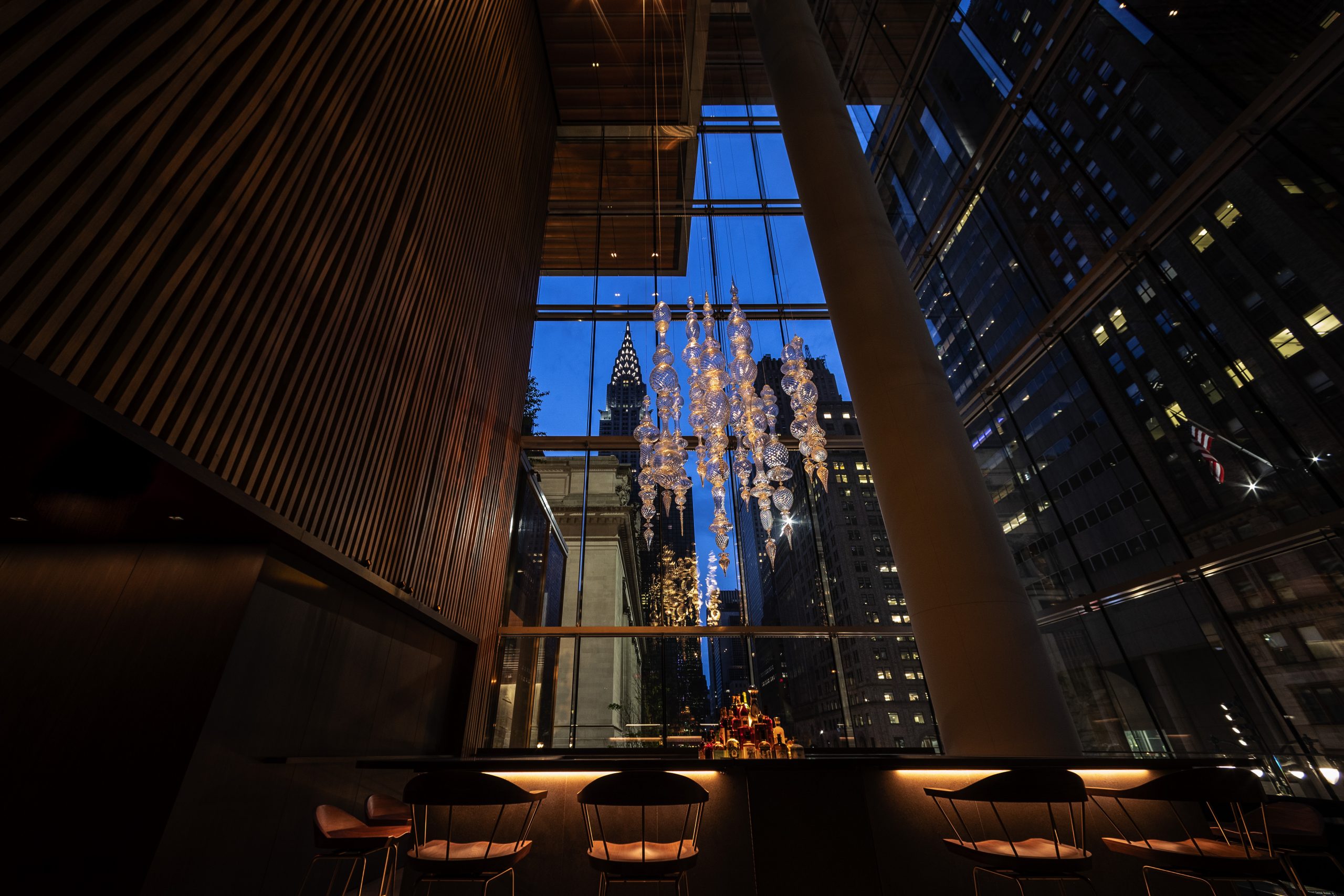 This is the first time Daniel Boulud has opened a restaurant with a partner, in this case the real estate company SL Green. With about 100 buildings in New York City, the company is the largest commercial landlord in the city. At a cost of $3.3 billion, One Vanderbilt opened in September and boasts to be the tallest building in Midtown. Five years after the groundbreaking, it is 89% leased, including by companies in the financial sector. An observatory is scheduled to open in the fall.

As luck would have it, Le Pavillon welcomed its first customers on May 19, the same day that hospitality restrictions were fully lifted on New York restaurants. Happy to present Le Pavillon as a symbol of his city’s rebirth and resilience, Mayor Bill de Blasio came out for the opening.

Launching a luxury restaurant in the middle of Midtown, while the offices are still partly empty and many of its neighbors (21 Club, Esca…) have closed, doesn’t scare Chef Boulud. “The offices will fill up. New York will come back, you can be sure of that!”